By Aldo Gomez on January 22, 2019 in Anime Movies Reviews

Dragon Ball Super: Broly is a return to form to what makes the Dragon Ball franchise exciting by upping the action and raw thrills. This next installment in the Dragon Ball franchise and sequel to the previous films, Battle of Gods and Resurrection F, has already racked up an impressive $22M in the United States and still has another week to go in theaters, meaning that if you haven’t seen it, you still have a chance to catch the phenomenon.

The film begins with the backstory of Broly’s birth and upbringing as a powerful, but low-ranked warrior, and while his potential breaks all sorts of records, King Vegeta, leader of the Saiyan race and under the command of Lord Frieza, decides to send Broly to a desolate and dangerous planet to die. Broly’s father Paragus follows soon after and raises Broly as a warrior after becoming stranded. The story jumps forward in time past the events of the show and Frieza’s army finds the stranded Saiyans and recruits them to battle Goku and Vegeta on earth in order to obtain the recently gathered dragon balls. 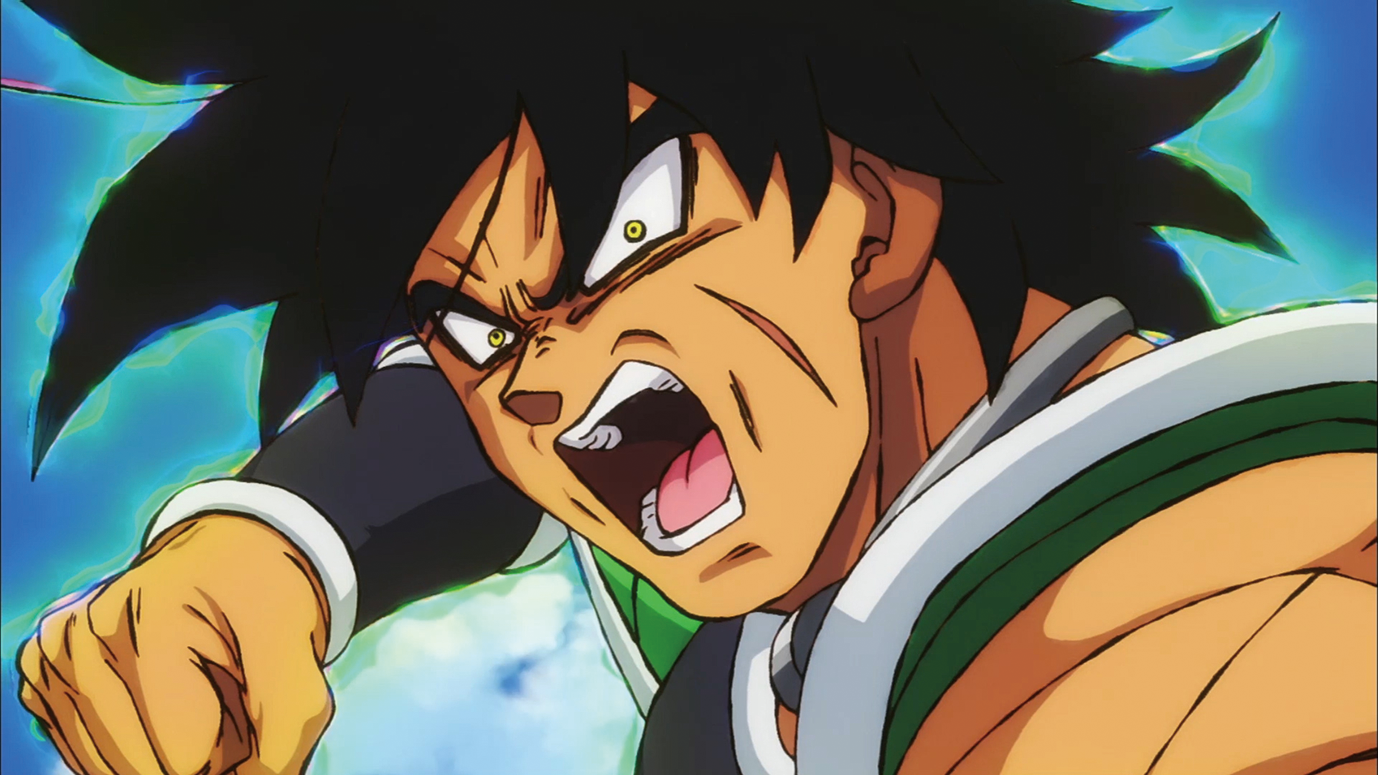 Character development is left solely to Broly, as the titular character of the story and his companion Cheelai, a criminal and new recruit to Frieza’s army. The rest of the cast is exactly as they were in previous films and episodes of the show. Goku and Vegeta squabble, but there’s not a lesson about working together, and even though Frieza is a merciless space commander and mass murderer, he’s mostly here to drive the plot along until he’s needed as comedic relief. Broly has received the largest amount of changes from his personality to origin story, which makes him a lot more relatable. Broly is no longer a huge brute that’s angry because a baby cried next to him during his incubation, but instead becomes that brute as a weapon to be used by Paragus against his will and only wanting to be at peace and to make a friend but struggles with a broken mind.

The bulk of Dragon Ball Super: Broly is filled with exciting and thrilling battles between the three Saiyan warriors. Goku and Vegeta take turns against Broly as he progressively learns to fight and increases in power levels. Broly visibly becomes larger and more imposing and learns to fight against the more skilled and refined Saiyans, but also becomes more brutal in his unrelenting barrage of physical strength.

The presentation here is the best that Dragon Ball has seen in years as classic energy and beam attacks make a comeback, but hand-to-hand skirmishes shine with great choreography that hasn’t really been seen in a while. Clashes no longer rely on faster than light flashes, but instead hand to hand choreography and a return to breakdancing maneuvers from Goku backflipping to a handstand to deflect a divebombing Broly to Vegeta blocking and kicking Broly away with a windmill maneuver with his legs. Attacks are no longer yelled out in pace killing fashion but are heard in tandem to the soundtrack as they are called out alongside the tribalistic chanting of character names. 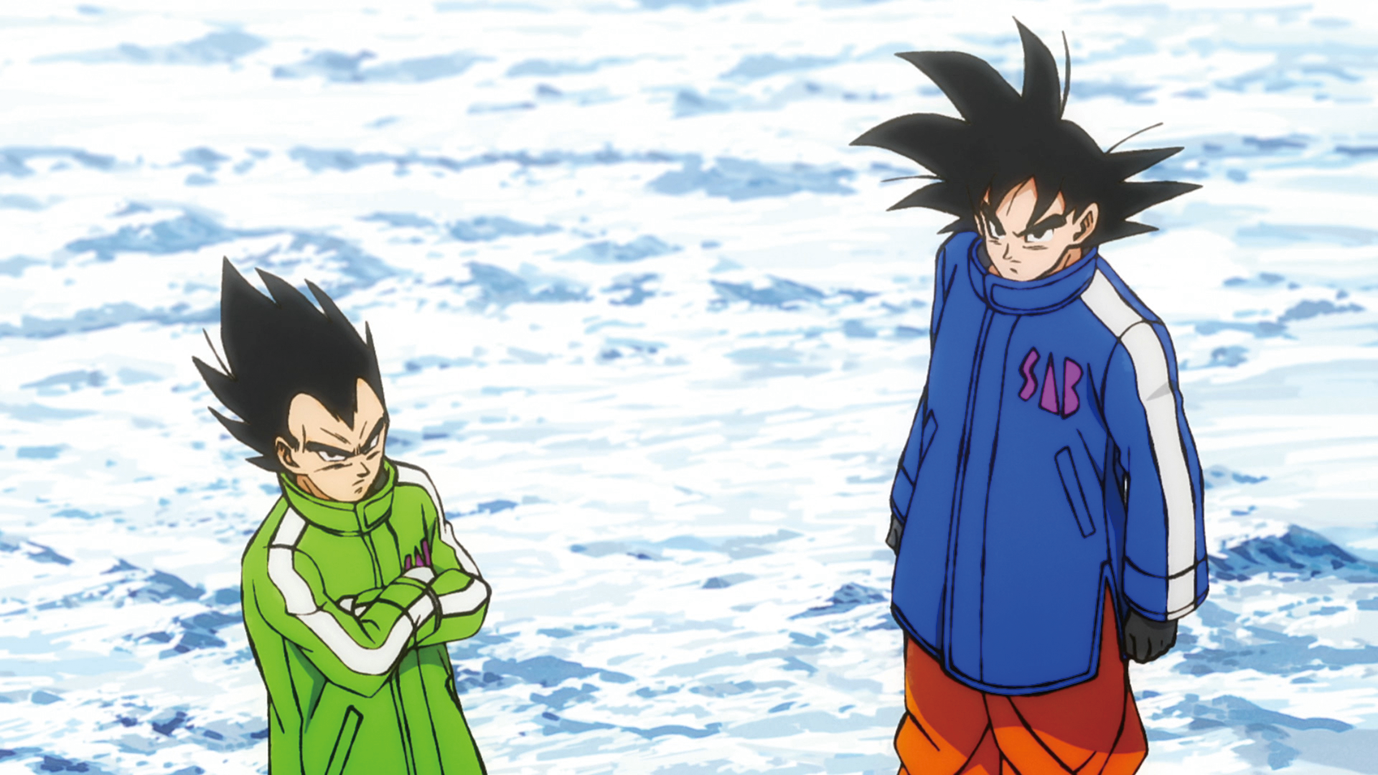 There are a few complaints to be had with the film as it uses CGI in its fights which can distract viewers as the art switches from hand drawn linework to a-little-too-smooth computer drawn lines and shading and that can make some scenes feel like they were lifted from the Dragon Ball FighterZ game. The film also contains a limited cast that mostly focuses on the Saiyans and Frieza’s henchmen, as well as some classic cast characters like Bulma, Piccolo and Trunks , but many more like Roshi, Krillin, and Gohan are nowhere to be seen.

Before the last pair of films, most Dragon Ball franchise films served as out of canon fan-service for fans of the franchise meaning that after the excitement, the show or manga would return to the status quo with no mention of fan favorite film villains like Janemba, Cooler or even Broly who headlined three separate films before this incarnation. That also helped in that fans didn’t need to be caught up on the show to enjoy the film and that holds mostly true for Dragon Ball Super: Broly  even though it does follow the in-canon events of the 131-episode series Dragon Ball Super. Fans not caught up on the series lore and expanded set of transformations and hair colors may be confused as to what they mean and what that represents in terms of power scale to their full extent, but the film decides that those details are secondary to the amazing action and self-contained plot regarding Broly.

Dragon Ball Super: Broly is an excellent piece of Dragon Ball entertainment and casual fans will love it for the humor and fantastic over the top brawls while hard core fans will appreciate its additions to the lore as well as promises of what’s to come to the future of the Dragon Ball Franchise.