By big-shiny-robot on February 10, 2019 in Interview Video Games

The following is a guest post by Anna Beagley.

I have the utter luck and privilege of being married to a person who is striving to build an inclusive community around something he loves. When I first met Thomas Winkley, he was working as a manager at GameStop and going to school for a degree in Digital Media. It wasn’t hard to recognize that video games were his passion. After a few years and a few career changes he now works with top video game developers and is learning how to write code for games.

When he first started getting into Street Fighter I was admittedly annoyed with how much time he spent playing.  Through the years I have become awed not only with his improvement in the game but with how he has taken charge to build up a tightly knit inclusive fighting game community here in Utah. He does not let any kind of bigotry fly in this community and, to me, that is what is most impressive.  Tom is not building this community for himself, he is building it for anyone who is interested in playing fighting games.  He is building it to be a safe and warm place for all people. 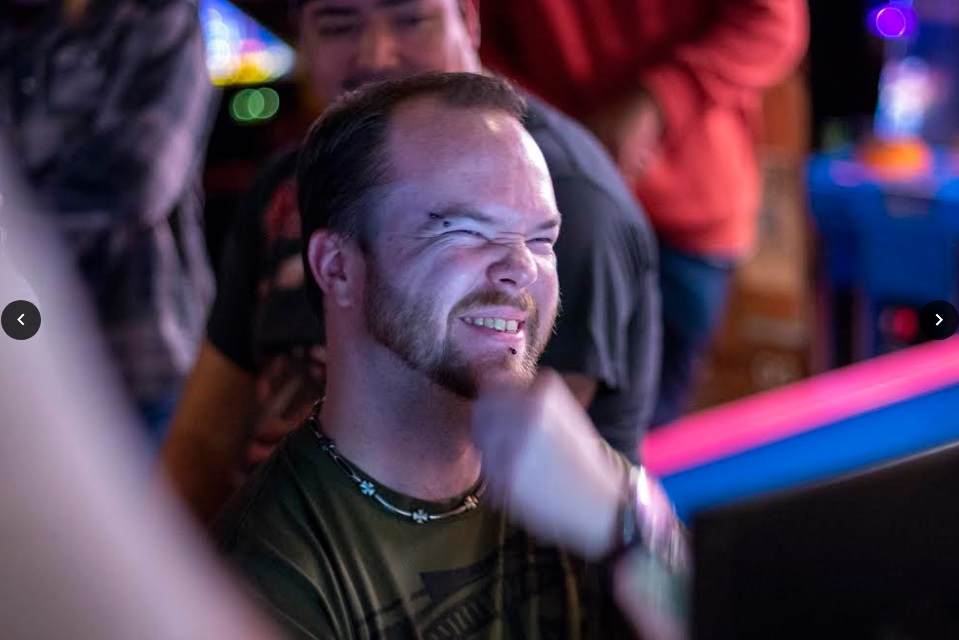 I wanted to write this article to highlight what a good gaming community can look like and how important it is to have these spaces available for people. I am so proud of what he is doing, and I wanted to share that with the masses.

BSR: When did you first get into competitive gaming? Has this been a lifelong hobby? How did that happen?

TW: I’ve always played games, which I’m sure most people in my situation would say. When Halo 2 hit Xbox Live that would be the closest to “competitive” I got with anything early on, but it was more about getting my rank up with my team than it was “competition”. I didn’t start really practicing and competing with anything until Super Street Fighter IV: Arcade Edition. A friend, and current training partner Lord_Baine, sat me down and taught me some super, super basic fighting game ideals. From there we started putting in time and effort, but truthfully, we weren’t really getting anywhere. We were so far behind since the game had already been out for about 6 years, that there was a lot of assumed knowledge. But, that didn’t stop us from going to local tournaments, traveling to Evolution in Vegas and supporting and watching what we thought was an amazing scene. When Street Fighter V launched, we both decided that we were in a perfect spot to get decent at this game. The entire community was learning from scratch, there was no assumed knowledge, and from there we started leveling up a lot faster. I don’t know that I really considered myself a “competitive” player until 2017 when I started winning matches and placing in the Top 8 locally.

BSR: Why Street Fighter as opposed to Mortal Kombat or Tekken or Super Smash Bros? What makes that game most appealing to you?

TW: First and foremost, it’s nostalgia. I grew up playing Street Fighter II on SNES with my friends. We’d play Mortal Kombat at the arcades, but it wasn’t really allowed in my house due to the “excessive gore” (my parents words not mine). So, I became very comfortable with Street Fighters mechanics early on. I also really really love the art and character design in Street Fighter. The idea to focus on a more “cartoonish, animated style” is more appealing to me than MKs, hyper-realism. (even though I still love watching MK). As for Smash, I don’t really have fun playing it, I’m glad it has a scene, but I can’t recall sitting down to play Smash and ever thinking “I want more of this”.  As far as Tekken goes, I really enjoy it, and even like watching/streaming it. I feel the same way about Soul Calibur VI, for those games, it comes down to time. I’ve already put a considerable amount of time into Street Fighter to learn that game, and as of right now, I don’t have the time to do the same with more fighters.

BSR: What’s the best moment/most fun/best story you have from competitive gaming? (I asked this question knowing the answer would be about playing Daigo.  When Tom found out he would be matched with Daigo he was so excited, he said “Daigo is who made me want to get back into Street Fighter.”)

TW: I think for me my best moment was when I took a round off Daigo Umehara at Evo. For a lot of people that could be viewed as something like “eh you still lost”. But for me, that was a sign of how far I had come as a competitor. There was a huge crowd behind me, people yelling and cheering, cameras in our faces. And honestly, the best part about it for me, is that the Utah crew I’ve been practicing with for the last three years was there, right behind me. That moment was incredible, and it gave me more drive to learn, grow, and push myself. 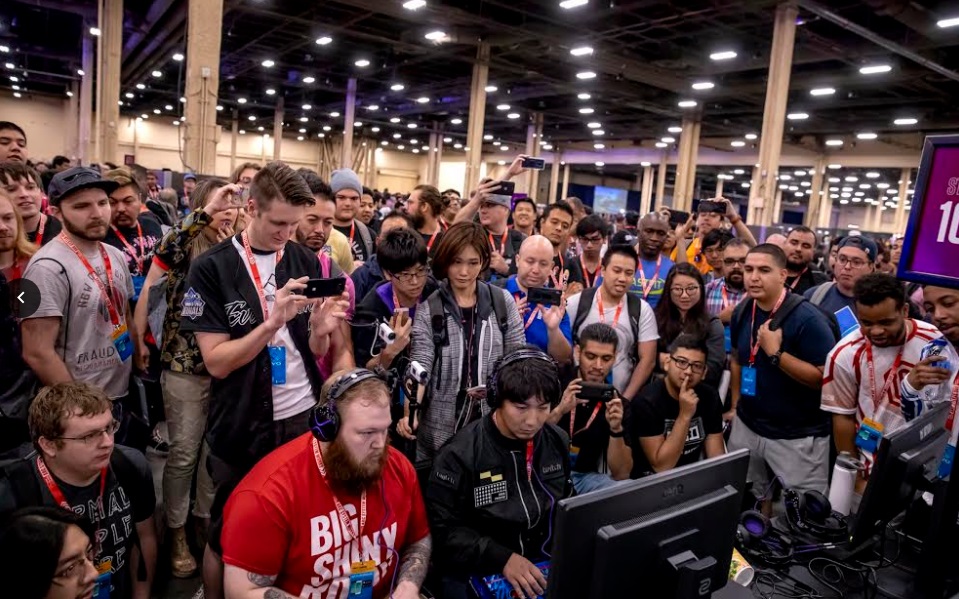 BSR: I know you’ve participated in some professional tournaments, any highlights?

TW: Well, first, see above response. I also say that meeting some great community folk is a highlight for me. Again, taking games off pros in Florida felt great. Proving again, that I’m improving and can grow further. Meeting Joe Munday from R/SF is a big highlight since he’s such a positive, helpful dude, that’s pretty much it. Oh, and our friend Jordan dunking a sponsored Japanese player on stream is great too. Here’s a video of that, you see us in the background losing our mind at how disrespectfully he’s playing.

BSR: What drove you to help build up the local competitive gaming scene?

TW: I’d be lying if I said the motivation wasn’t a bit selfish. If you look at bigger scenes in New York, California, Florida. What they have that we don’t is people. Utah isn’t “that” small. I really found proof of this at Evolution last year. My first match was against a kid from Draper Utah that I’d never met. So, it dawned on me, that maybe the reason Utah doesn’t have as many people in attendance is that we don’t have the awareness and the inclusion. So, we set out to build that. We started putting together a system and plan to encourage players to get better and to attend events, and we started working on encouraging more practice and positive attitudes. If we can grow the scene into something much bigger, we will have more players to practice with, more play styles to experience, and more character knowledge. Also, I want people to know that Utah plays fighting games. When we meet people and they see fifteen of us at a tournament I don’t want to hear “I didn’t know people in Utah played”. I want to hear “oh you’re so and so from SLC”.

BSR: Recently, you began hosting a monthly Bar Fights night at a local arcade bar (Quarters) and it seems like it’s been a hit huge hit. Do you see this being an event that continues and possibly grows? What do you envision for the future?

TW: We’re continuing this. Quarters is a venue literally built for this, it has tons of awesome coin-op machines, great staff, and they support our stream. We aim to grow this. We’re running an event we call “Best of SLC” (Name in the works). Part of what makes it special is we are focusing on growth. SO, you do get bonus points for placing in top 8, but every player accrues points based on games won. so, if you attend a tournament, and go 0 -2 (don’t win either set). BUT you win 1 game in each set, you would gain points. At the end of the year (Novemberish). We’ll take the top 8 point winners and put them into a double elimination tournament to declare the SLC Champion. It’s going to be awesome. We’re still building out our sponsor list and finding a final venue, but it will be phenomenal, so stay tuned. We’ll have a full site up to promote it in the next month or so as well. 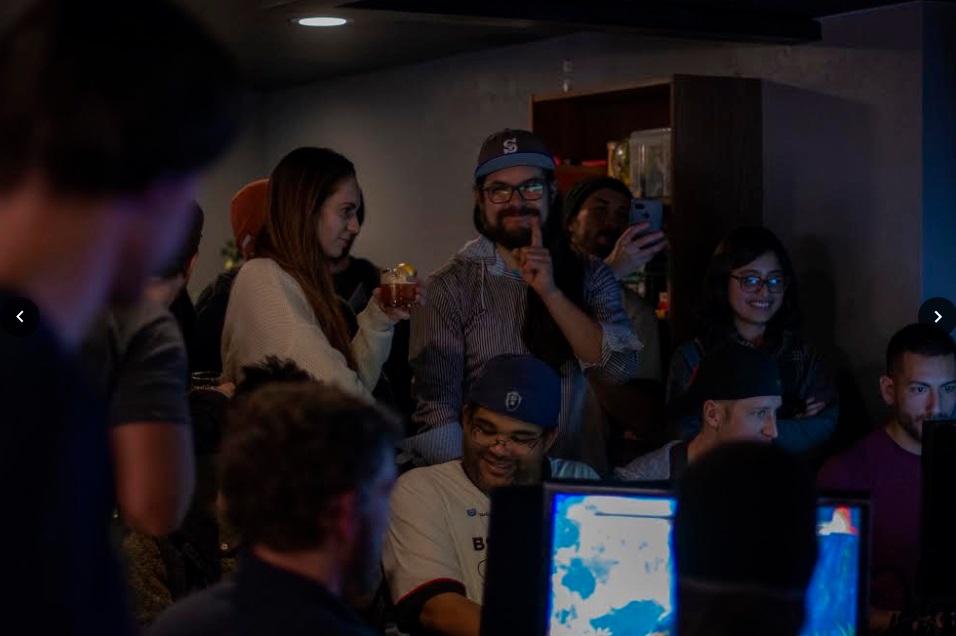 BSR: If you could hang out with any Street Fighter player for a day, who would you pick and what would you do?

TW: Narikun and Fujimura, I’d love to spend a day rolling through Ibuki tech. Which means we’d need a translator, or I’d need to learn Japanese, but it’d be a cool as hell day.

BSR: Do you have any concerns about the gaming community at large?

TW: I do when it comes to the Fighting Game Community. People throw eSports around a lot, and companies come in throwing some money expecting massive returns. When they don’t see that, they start to pull out rapidly. My concern is that happening so much that it starts to damage the promotability and reputation of fighting games. it’s not the same market as League of Legends or DOTA, so it will take time to build it up. I’m also worried that the gaming community at large won’t correct its history of toxicity towards diversity. We saw a lot of this when Sonic Fox won best competitive gamer from the game awards, tons of hateful nonsense being thrown at him for no reason. One of the reasons I love the FGC is how diverse it is, and I’d hope that all the gaming would eventually embrace that.

BSR: What about hopes for it?

TW: My hopes are the same as my concerns. I want to be part of a big, open, exciting, diverse community. I don’t want to hear any more of this “you lost to girl nonsense”, or problems with furries, or the LGBTQIA community. I want people to see the gaming world as a welcoming place that you can just step into. We’re working hard in SLC to make sure our FGC is like that and based on the amazing stuff I see going on around the world, I hope to see that continue everywhere.

BSR: Do you have any advice for anyone trying to get into the competitive gaming community?

TW: Focus on improvement, not on winning. If you are getting into a competitive game to “win”. You are going to have an uphill battle and staying excited/motivated will be hard. Approaching something challenging with a humble mindset, focused on learning and growing will change a lot for you. I can say that fighting games have not only changed my perspective on gaming but on the world as a whole. I don’t view challenges as “problems” as much anymore, I now view them as opportunities to learn, and it has made my life so much better. I think you can do the same for yourself. Oh, and if you don’t like a game, don’t play it, find something else. It’s ok to not like something. It’s not ok to shame others for liking a thing you don’t. Be kind, be open, be friendly, and you’ll make a lot of friends you never had before. Oh, and um, if you don’t understand something, don’t be afraid to ask questions. If the people you’re asking questions aren’t willing to answer them in a kind way, then you don’t want to be around that shit anyway, find someone else in the community that is helpful, if the community doesn’t have any of that, go build your own.