Interview with the Cast of ‘Mystic Cosmic Patrol’

From the mind of Gavin Hignight (writer for Nickelodeon’s Teenage Mutant Ninja Turtles) comes a comedy series parodying the Power Rangers. Mystic Cosmic Patrol premiers tomorrow on Funny or Die and you can see an exclusive clip from the show here. Mystic Cosmic Patrol mixes kaiju, giant robots, space-faring crime-fighting teams, and irreverent humor to finally give you the series nine-year-old you never knew you wanted.

Big Shiny Robot spoke with Highnight, who also stars in the show, and other members of the cast including Chris Masterson (Malcolm in the Middle) and Tim Russ (Star Trek: Voyager) about the series. 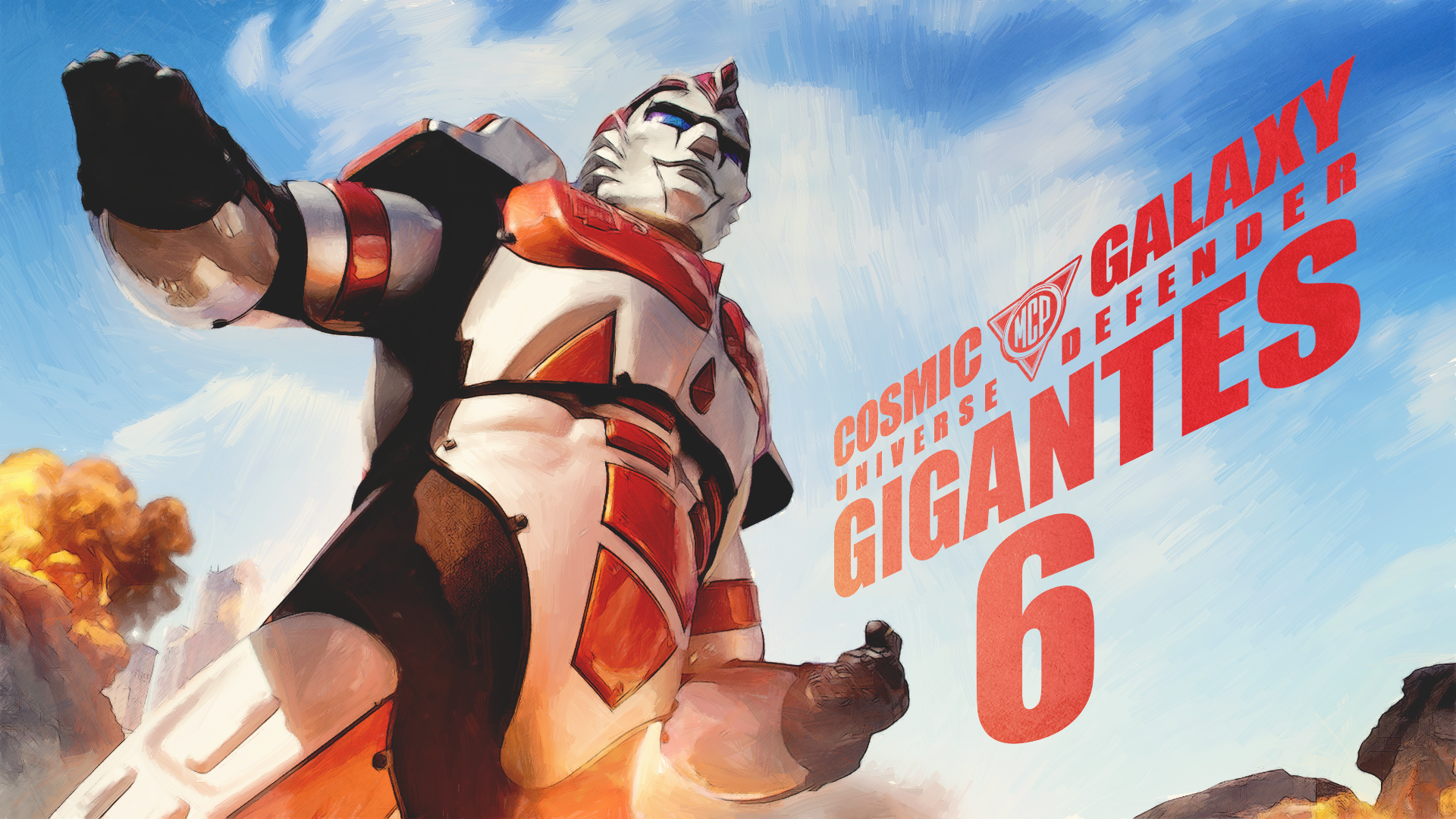 BSR: Lampooning an existing property requires a certain passion for that property, what was the motive behind this project?

Gavin Hignight: I think the main motivation for this project was to have fun and make people laugh.  That was seriously it. When I was young — hell even now, when things got me down I always retreat into the fictional worlds created by others and find an escape and comfort there.  The bridge crew of the Enterprise-D were as much family to me as people I was related to by blood. And I know I’m not alone, I’ve been to enough conventions, screenings, etc… to know that’s part of why genre entertainment is so important to all of us. As a writer, I tend to think in serious terms when it comes to my projects and there was thing thing that snapped, that clicked and was different with Mystic. The point was to be fun, to make people laugh and forget how crappy their day might have been.  I think our motivation is what gave this project such legs and positive energy to come as far as it has.  Positive energy attracting positive energy.  And it did.  I can’t count the number of talented amazing people who all came together to bring these dysfunctional heroes to life. As for parody and lampooning, I really just wanted to make a comedy show that was actually for nerd culture, not what the mainstream thinks nerd culture is. I hope that’s what this is, there are references and winks to all the things I love and I know I’m not alone in my passion for them.

BSR: Chris and Tim, how did you get involved with Mystic Cosmic Force? What was it that attracted you to the project?

Chris Masterson: The concept was brought to me by our Exec Producer, Tommy Meyer Klipsch, and I immediately wanted to be involved. I loved the idea of making a Power Rangers style show that actually looked like it could’ve been “filmed” in that same period but with a narrative more akin to how things might really be if six people with medium to low IQs were given the task of defending Earth from space invaders.

Tim Russ: I’ve always liked doing comedy whenever I get the chance, and this role seemed like something different and a lot of fun.  And I really enjoy satire as a comedic concept.  So playing in a parody of this type was something I looked forward to jumping into, especially with this “Q” type cosmic floating head. 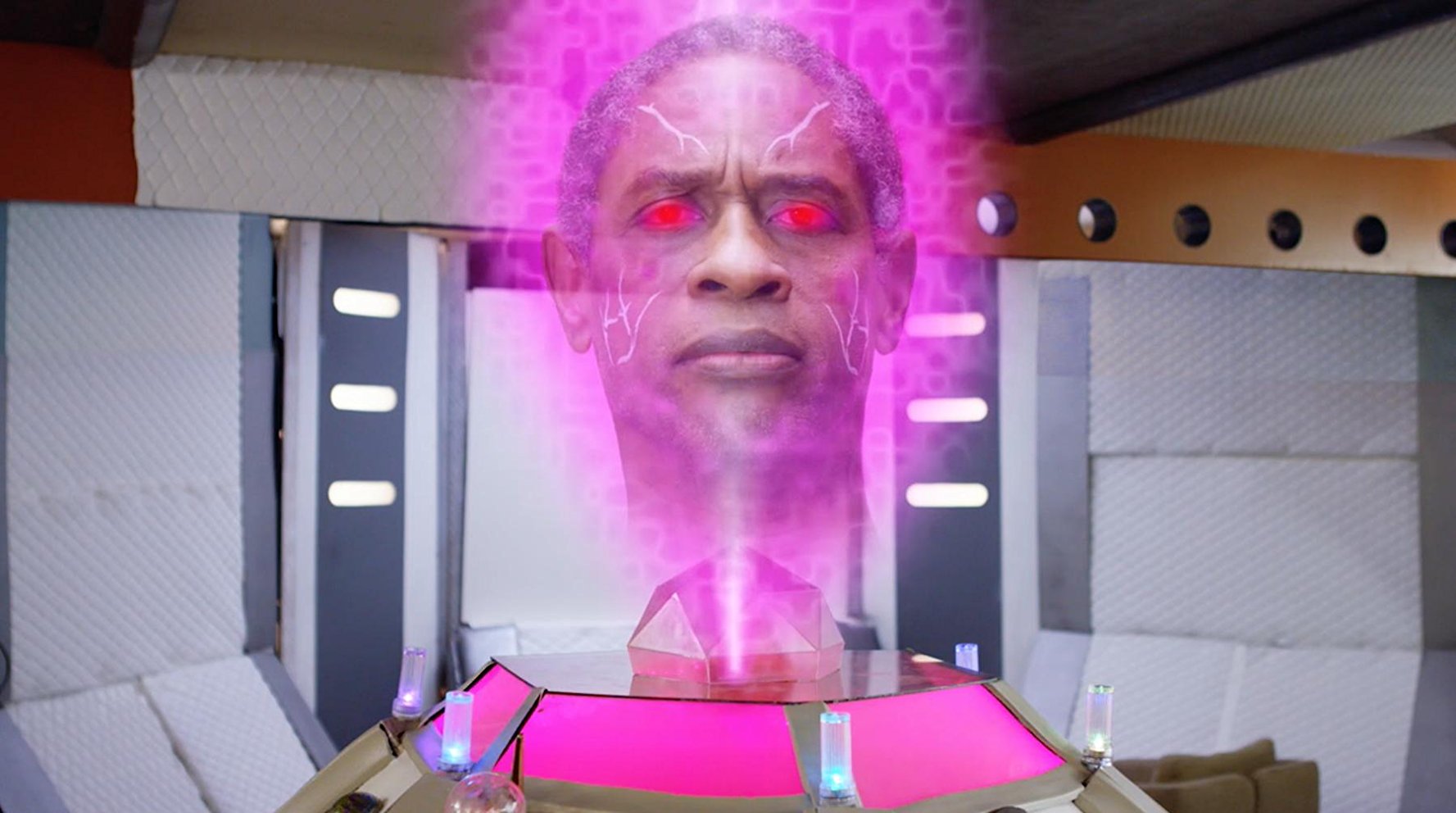 BSR: How did this role differ from others you’ve played? Did it allow you to flex different muscles?

TR: It’s quite different.  Not having a body with arms and legs, means I have to play a lot of character range and nuance using more of my voice and facial expressions.   Having done a lot of voice-over work, it makes it easier to accomplish this.

BSR: What does Gorgon do when he’s not a floating head in a tube?

BSR: Chris, you’re the leader of the Mystic Cosmic Patrol, sort of the Red Ranger of the team. Were you a fan of the Power Rangers growing up?

CM: Not particularly. I saw small pieces of a lot of episodes when I was a kid and always thought they was too ridiculous. Now that I’m all the way grown up, I’ve acquired a taste and I kind of love the Power Rangers. I can’t tell if I just like them ironically though…

BSR: Gavin, how has writing this show differed from your other writing work?

GH: Writing on a series like TMNT was a dream come true. The 2012 series really spoke to a new generation of fans and I feel so lucky for the episodes I got to write and the characters I got to explore and the fans and friends I met in the process.  Writing on a series like that comes with a lot of pressure. You’re entrusted with a legacy, with characters that everyone already knows, loves and has ideas about and you are working to bring the producers and story-editor’s vision to life. Mystic Cosmic Patrol had freedom in the sense that it was a universe that I created. There were no opinions or a track record yet for the characters we were creating. That was both liberating and a challenge because the characters still needed to work. They still needed to make sense and they hadn’t been tested. Even for comedy, even for satire or parody, the universe still needed to have rules and make sense and the characters had to work. I think the discipline I learned writing for TMNT and other shows like it greatly helped me as I went into creating the world of MCP.

BSR: There was a classic episode of Power Rangers wherein they met the Ninja Turtles. Any plans for the Mystic Cosmic Patrol to meetup with the Adolescent Abnormal Aikido Amphibians in the future?

GH: HOW COOL is that?! That in some form the turtles met the rangers… I totally remember that.  Well… I LOVE the turtles but being a writer-for-hire I don’t own that IP so I’ve never thought of it… but I will say, there was an incredibly weird series called Tattooed Teenage Alien Fighters from Beverly Hills.  It is… well, you just have to see it.  But, If I could have the MCP meet with them and team up, that would be GOLD.

BSR: In the first episode, which airs tomorrow, the Patrol fights a sentient toilet with the ability to make them projectile vomit. Now that they’ve defeated Potty Mouth, what’s next for them?

GH: That is the questions isn’t it?  After you kick a toilets ass… where do you go from there?  I think that depends on fan response to MCP and word-of-mouth… translated, go to FUNNYORDIE watch our videos and CLICK LIKE!  We produced this micro-season to prove there is an audience for Mystic Cosmic Patrol. We have scripts, we have more Kaiju, we have more spandex.  We want to make more.  But we need to find a home which would enable us to do so… We have this first batch of episodes releasing this month. and Funny Or Die has been the perfect outlet for us.  We’ll have some additional episodes planned for the near future and after that… it’s up to the Cosmos… but everyone involved had too much fun making these to not want to come back and make more.  Story-wise this is the tip of the iceberg.  Comedy plus Sci Fi enables you to do ANYTHING.

BSR: Chris, how did that fake vomit taste?

CM: Similar to rat urine. Like that sour rat or possum urine taste but with a hint of dry anthraxy, granular sort of a powdery texture. Pretty good.

BSR: I’m going to need your help explaining to my kid why the Power Rangers were drinking grown-up drinks and fighting a toilet. What do you have to say for yourself?

BSR: Hopefully that’s enough to keep the bad dreams at bay. Before I let you go, if you could give the world a “Don’t be a Loser-Tron” message, what would it be?

GH: WOW… such a serious question when it comes down to it.  We shot a Don’t Be A Loser-Tron PSA for my character Micky where he warns the audience how to look cool on a motorcycle (by forgoing all that lame looking safety equipment…) But I think for me personally, for for this day and age, my Public Safety Announcement would attempt to teach people about the word Empathy and what it means…

CM: Just that. Don’t be a Loser-Tron.