By Cassidy Ward on October 31, 2016 in Editorial Television

Season three of the science fiction anthology series “Black Mirror” has finally arrived on Netflix. Previous seasons explored our relationship to technology, specifically how evolving technologies might have a frightening impact on our lives. Season three, by and large, continues this trend. When storytelling is at its best it not only entertains, but also teaches us something about ourselves. “Black Mirror” attempts to look into a nebulous future and point out potential pitfalls. Like the seafaring maps of centuries past, the series outlines areas of uncharted territory and warns the viewer, fellow travelers on the road to the future, to tread lightly because here there be monsters.

Each episode tells a self-contained story with its own message or moral lesson. Within the coming digital pages, we’ll ponder the gospel of series to see if we can learn anything that might direct us more safely along our way.

Episode Six: “Hated in the Nation”

“Hated in the Nation” is the final episode of “Black Mirror’s” third season and has the longest run time, which is just fine because it’s playing with so much. Set in a near future, the story follows police detectives as they attempt to solve the mysterious death of a reporter at the center of public ire.

Simultaneously, the theme of artificial robotic bees called ADIs is introduced. The drone bees were created as an alternative pollination method when their natural forbearers began dying out en masse.

The reporter, having recently written some ambiguous controversial piece, is found at home with her neck jaggedly cut open. When her husband awakes from his injuries in the hospital he informs investigators that she began acting erratically and cut her own neck, but not before attacking him with broken glass.

During the investigation it’s discovered that the victim was the focus of the trending hashtag #DeathTo the previous day. The investigators track down a lead that takes them to a teacher who had used the hashtag and also sent a cake to the victim with a hateful but cheeky message.

The mystery thickens when a popular rapper takes aim at a young fan and earns the internet’s collective ire. He becomes the focus of the same hashtag the following day and shortly thereafter begins acting similarly erratic. After being sedated he is taken to the hospital where scans are taken showing a mass in his brain. He’s placed in an MRI machine and dies violently when one of the ADI drones is pulled through his eye socket.

It seems that someone has found a way to hijack the ADIs and use them for their own nefarious devices. Further investigation uncovers a manifesto outlining the villain’s plot, a “Game of Consequences.” Uses of the #DeathTo tag are tallied each day and the most targeted person at 5:00 PM is killed.

This begins a race against time to sequester the leading targets before they become the next victim. The tables turn once more when it’s finally revealed that the high profile murder victims aren’t the true target of the attack. They are serving only as bait to escalate the collective ire of the nation, then the true end game begins. The complete national swarms of ADI are turned over to hunt down each person who used the tag, 385,000 in all. 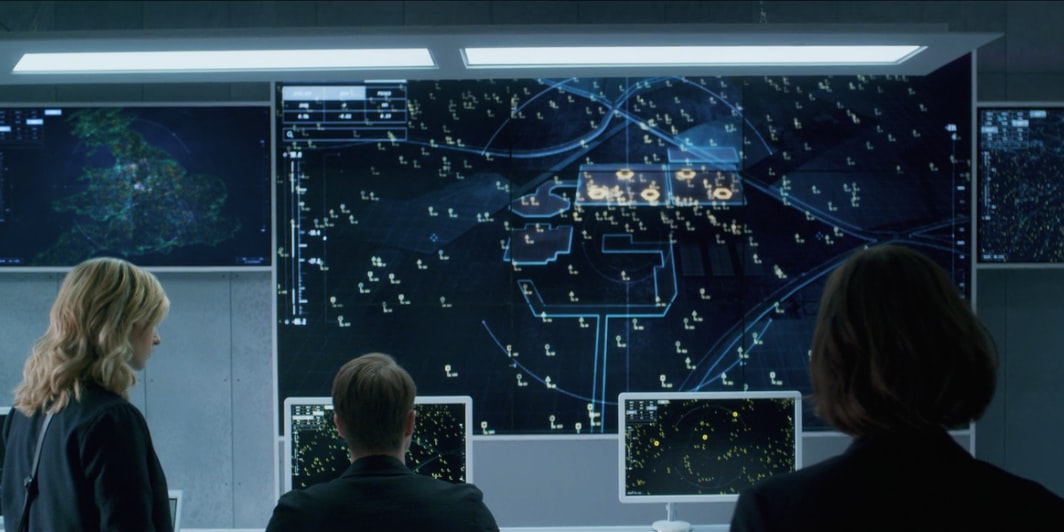 While the notion of death on that kind of scale is objectively terrifying, what’s really frightening is the reflection of these behaviors we see in the real world. The environment of the internet offers all of us a certain level of anonymity, even when a screen name is attached. One needs only to visit the comments section of any YouTube video or article to see the kind of blatant hatred leveled at complete strangers.

The ability to hide behind the digital curtain seemingly brings out the worst in all of us. You need not think too hard to find an example of the mob mentality this can lead to. Walter Palmer, suffered death threats, the publication of personal identifiable information, and ultimately the shutting down of his dental practice after killing Cecil the lion. Anita Sarkeesian suffered similar harassment due to her comments on the topic of women in the gaming industry. A recent Netflix documentary titled “Audrie and Daisy” outlined the way at least one teenager found herself at the center of a digital mob and ultimately took her life as a result.

Mob mentality is certainly nothing new. We need look no further than the witch hunts of centuries past, the red scare, or the holocaust. What’s changed is the environment. The digital landscape lends a certain amount of bravado hitherto unseen and allows us to shrug off our comments as just words on a screen without considering the real world consequences of those comments. It’s easy to clack out a judgement, however half-hearted, in 140 characters or less. Perhaps your comments really weren’t intended seriously, but that cry may be taken up by countless others. It may be taken to heart by the recipient. It has in the past and undoubtedly will again cause real suffering in the real world.

There may not be a mechanical swarm of killer bees coming to seek retribution for our online overreactions, but that doesn’t mean that we shouldn’t perhaps think a little more deeply about what we send into the web.