There is a certain kind of feeling that any person has when enjoying a game. It’s a bit of delight, a touch of challenge, an appreciation for the strategy, and a pinch anticipation because of chance. All of those factors create a recipe for enjoyment that is unique to each game. Too much of any one of those factors and the game can be totally out of balance; too few and the game isn’t any fun, it ends up being simple to the point of boredom.

“Paranormal Investigation” by Touch Paper Press has quickly become a favorite because it’s balanced, it has a ton of variety of play, and the average game takes less than 10 minutes. The game is a four player card game based around the idea that each player is a paranormal investigator searching to unlock the mysteries of the unknown, suckering in another patsy or pointing out that the laws of science are the answer. The developers created a game with quick rounds for groups or as a filler, but they also wanted the game to have a high replay factor. While testing the game they geared the development toward a different game play experience in every game but with solid mechanics that remain the same.

Each player is a paranormal investigator searching to unlock the mysteries of the unknown,

Each player is randomly given an Investigator card of the Believer, the Skeptic, the Medium, or the Fraud. The Believer has to find two phenomenon mysteries, the Skeptic, two logical explanations, the Medium has to find one message “from beyond the veil”, and the Fraud’s job is to cause havoc for every other player while empting their hand for a win.

The basic components of the game are 5 mystery cards, numbered cards +1-7 called Evidence Cards, a Discredited Card and a Poltergeist card. Those cards are the main part of the deck and are the key parts of game play. They’re used to solve the mysteries of the paranormal. The mysteries are solved and the mystery card flips once players have played 20 points worth of numbered Evidence cards in a stack under it. 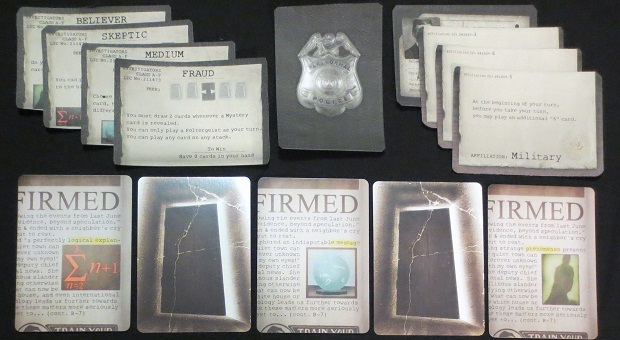 Numbered Evidence cards must be added to the stack in ascending order and duplicate Evidence cards cannot be added to a stack, or out of order, unless it is a +1 card. Discredited cards can remove a numbered Evidence card from a stack and the Poltergeist card swaps 3 cards either to the player to the right or left, depending on the choice of the player who played the card. The simplicity of having a Solitaire like mechanic is what makes the game fast. What makes the game fun, what gives it variety and keeps the game exciting are the Investigator and the Affiliation cards combinations. 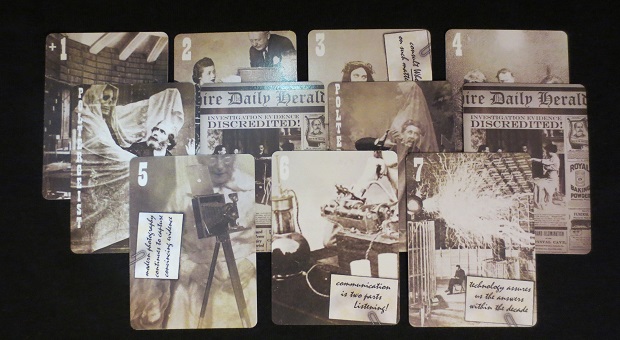 Ever hear of a Paranormal Investigator who is a Skeptic but who is affiliated with a Coven of Witches? How about a Medium who is in the Military? During game play I had a blast losing to a true Believer from The Cult in Yellow while I played a Professional Fraud.

That’s the great thing about the feeling one gets while playing Paranormal Investigation. The quest to unlock the mysteries of the unknown can be played again and again with all kinds of different varieties of Investigator and Affiliation combinations. The shenanigans from the combinations guarantee everyone will have a great time and the speed of the game guarantees there will be plenty of chances to win.

Touch Paper Press is currently offering “Paranormal Investigation” on Kickstarter. They’ve already funded but they’ve got some exciting stretch goals for anyone who buys in now, before the game is available in their local game shop. Touch Paper Press has a history of successful Kickstarter launches and of pleasing their fans so if you’re game to unlock the mysteries of the unknown, 10 minutes at a time, go give support their Kickstarter and pick up the game. If you’d prefer to wait and buy it from your local game shop, you can follow Touch Paper Press via social media on Twitter at and on their website at TouchPaperPress.com. 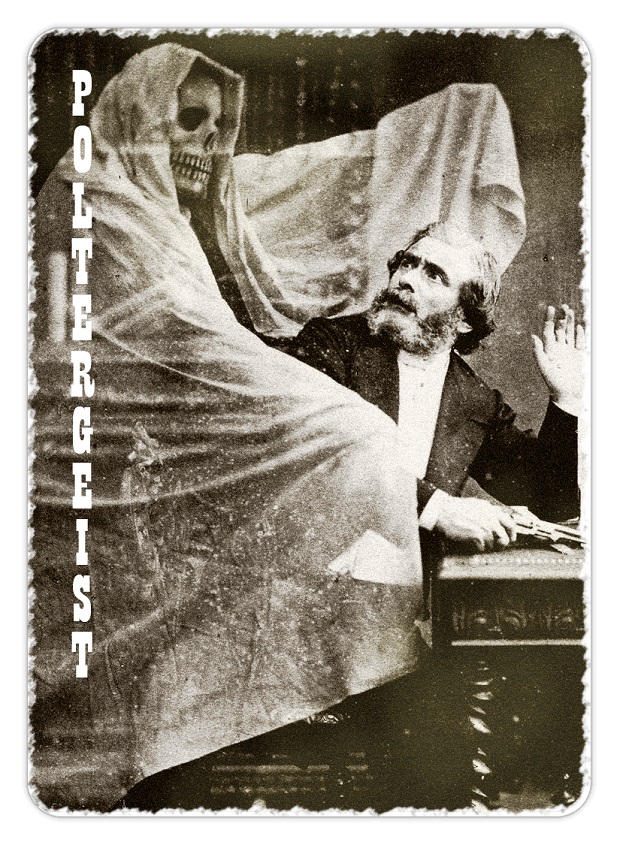 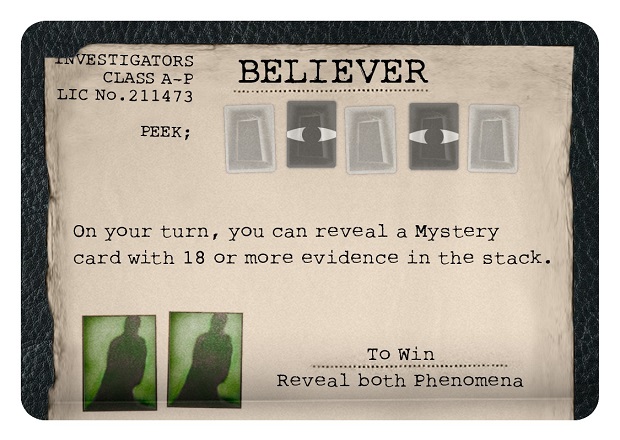 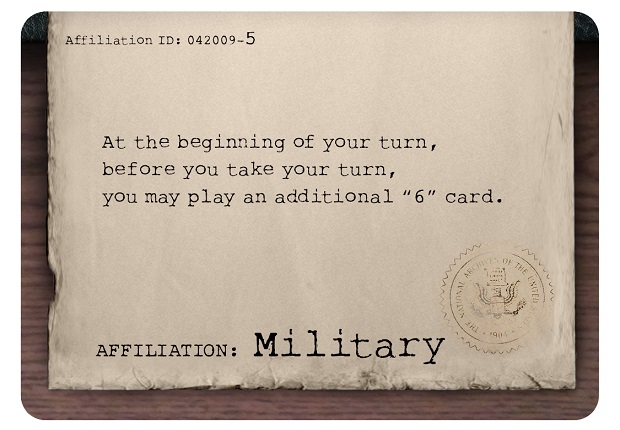