By Bryan Young on February 26, 2018 in Reviews Star Wars Television

This review will contain spoilers.

The back half of season four, the final episodes of Star Wars Rebels ever, have been firing on all cylinders and these two installments of what has already been a heartbreaking roller coaster are no exception. After the loss of Kanan, the Ghost Crew are seeking meaning in their lives and a mission to accomplish. After the appearance of the wolf named Dume, they feel compelled to go to the Jedi Temple on Lothal to disrupt the Empire’s operation there. They’re working to discover the secrets of the temple, but aren’t having any luck.

The Lothal temple is a fascinating contrast to the Sith temple on Malachor. Where the temple of Malachor is designed to be an ultimate weapon, the temple on Lothal is designed to be a place of learning and knowledge, collecting information and insight from across the galaxy. And, of course, it’s a race between light and dark, because Palpatine wants to turn such a thing into a weapon.

Without the means to get to the temple under their own power, Ezra calls upon the Loth wolves to transport them across the planet in a blink. The effect of them moving into the wheat field reminded me so much of an under-rated Terry Gilliam film called Tideland, a heartbreaking narrative about a young girl whose lost her loved ones and is living on her own in a decrepit house in the middle of a similar wheat field. She survives only through the power of her own imagination and the Loth Wolves traveling through the planet look exactly like something out of her imagination.

The sound design for these episodes seems to come straight from that place as well. Like Luke once said, “It’s like…something out of a dream.” People will be turning the volume up and listening closely to decode exactly what bits of other movies and episodes of TV shows have been woven into the tapestry of these episodes.

And then, as the remains of the Ghost crew approach the Imperial camp surrounding the Lothal temple, they find that there is more going on than they would have guessed and we’re treated to some of the most adventuresome pieces of Rebels we’ve yet seen. If the textual spirit of these episodes is the mystery of the Force, the subtextual spirit of these episodes is alive and well in Indiana Jones. Ezra and Sabine breaking into the camp evokes Indy’s work sneaking into the lost city of Tanis to recover the ark. Kevin Kiner’s work in the music reflects this and he’s borrowing heavily from the score from Raiders of the Lost Ark.

Sabine’s scenes with Minister Hydan are also reminiscent of the scenes between Marion and Belloq in Raiders, where she’s captured and the two of them have a civil chess match to see who can get what they want from the other. Hydan himself is a fascinating addition to the show, this is the first time we’ve really been given a window into the dark side acolytes of Palpatine and the legendary Malcolm McDowell settles into the part with menacing aplomb.

The conclusion of these episodes offers another note from Indiana Jones, the collapsing of the temple at the end of Indiana Jones and the Last Crusade. It’s a smart move as well, closing the door, literally and figuratively, on the trouble the Lothal temple could introduce into the Star Wars canon.

But that brings us to the next biggest unanswered question that sort of gets half-answered in this episode.

The solution to this has been in the works since well before Celebration Europe in 2016, when TOPPS revealed a ten card set of images from Dave Filoni to honor Ahsoka.

This has been sitting out there since then: 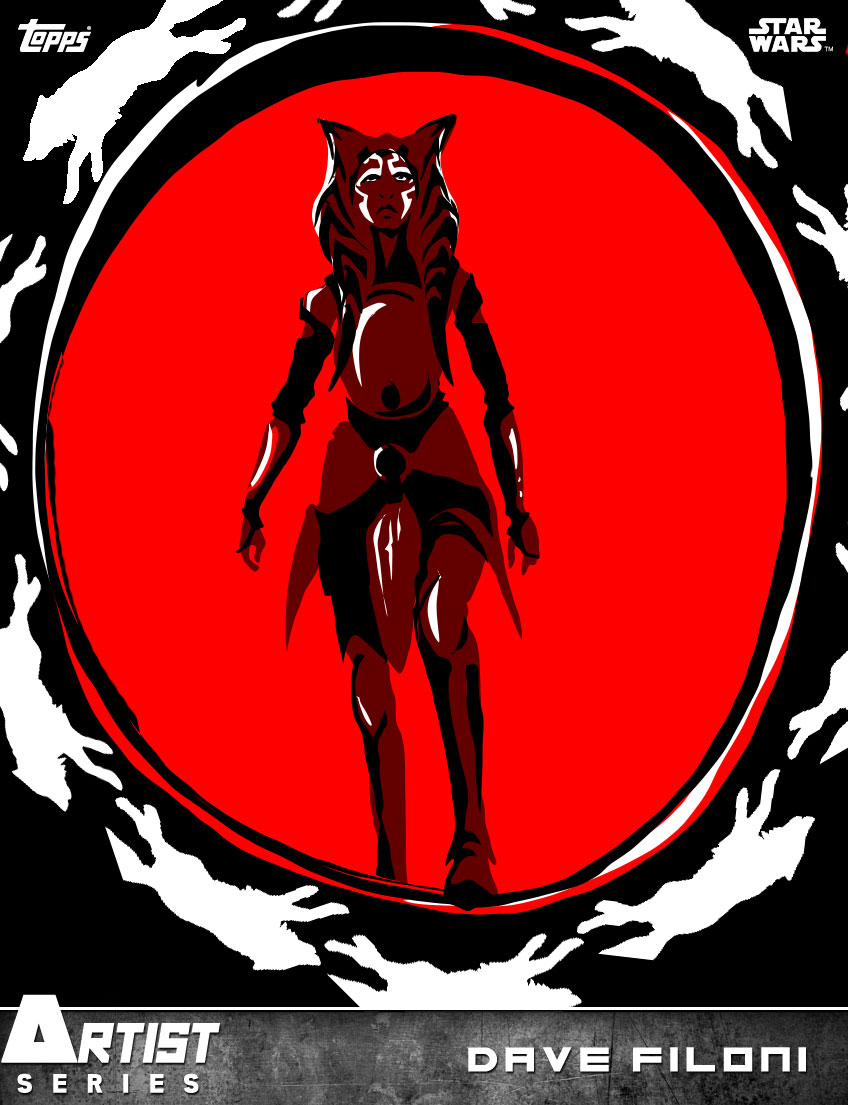 Wolves and a door, indeed.

The way the world between worlds was handled was brilliant and beautiful and mysterious and raises more questions than it answers, which is, in my view, exactly how the Force ought to be. One mystery solved turns into two larger mysteries. Now we know how Ahsoka survived.

We also see a side of Palpatine that I didn’t know existed and he is, for lack of a better word, a Disney villain here. His appearance, through a window between worlds, brings strong imagery from Snow White and the Seven Dwarfs, with the Evil Queen standing over a magical fire through the frame of the Magic Mirror. Ian McDiarmid returns, reprising the role that brought him to Star Wars and hearing him refer to characters like Ahsoka Tano brings its own sort of magic to the world of Star Wars, adding weight to these episodes.

And with Ezra Bridger being the key to knowledge Sidious wants, it’s no wonder that he would finally be a target for the Dark Lord. And I can’t imagine Sidious will be happy that the door to his knowledge of the Lothal temple has been closed. I fully expect Thrawn to be sent back to obliterate the rest of the Ghost crew.

And I’m sad that’s exactly what we might see.

But we have only one more week to find out.

These episodes bring the full force of the physical beauty that’s been cultivated from the Rebels style of animation. They also being tying threads from the previous seasons together and answer questions that brought me to tears. These two episodes were nigh onto perfect and I’m glad they’ve been added to Star Wars. 10 out of 10.

Next Monday brings us the special series finale of Star Wars Rebels on Disney XD.

For more in-depth discussions about Star Wars Rebels and all other things Star Wars, be sure to tune into Full of Sith every week.