In the ‘Star Wars’ Saga the Past Looms Large

The following is a guest post contributed by Sean Jordan

Warning: major spoilers for The Force Awakens and The Last Jedi.

The Star Wars saga has always been about asking that fundamental question: who am I? It asks that question through myth and legend, in the style of King Arthur, Flash Gordon, and Samurai movies. Yet what makes it stick is that it challenges us on those notions of nostalgia. The Force Awakens is nostalgic about the original trilogy, but The Last Jedi is about nostalgia.

Remember, A New Hope was a stirring adventure of heroes and villains, but in The Empire Strikes Back things got a lot more complicated. The beast Luke fights turns out to be his own father. The evil was now a part of him, not just some weird machine he could strike down. A key part of growing up is how we relate to our elders. That growth involves learning that they are flawed, complex human beings who make mistakes.

Things get more complicated for Rey in The Last Jedi, too. She is meeting a living legend in Luke. She grew up with stories of the Jedi. She made models of them. Those stories kept her warm at night. Now she meets Luke Skywalker and he’s not what she (or the audience) expects. He’s drenched in the past, filled with regret, and resentful of the legend of his name. How could he have ended up like this?

Way back on Tatooine, when Luke looked out to the twin suns, and hung out at Toschi station on the weekend, he dreamed of the Jedi just like Rey did.  He idealized Obi Wan Kenobi. So it doesn’t seem to make sense when Obi Wan lies to Luke about his father. Then he tells Luke he must face Vader. Luke replies that he can’t kill his own father, to which Obi Wan sighs and tells him “the Emperor has already won.” Yet Luke holds fast to his optimism, his sense of hope, and his love for his father. Obi Wan is old (in fact he’s a ghost), and wise. He surely has much to teach him. His point of view is understandable too, but on this one fact Luke just can’t agree. He knows there’s good in Vader. Luke has to forge his own path, be his own person. He has to put nostalgia behind him. 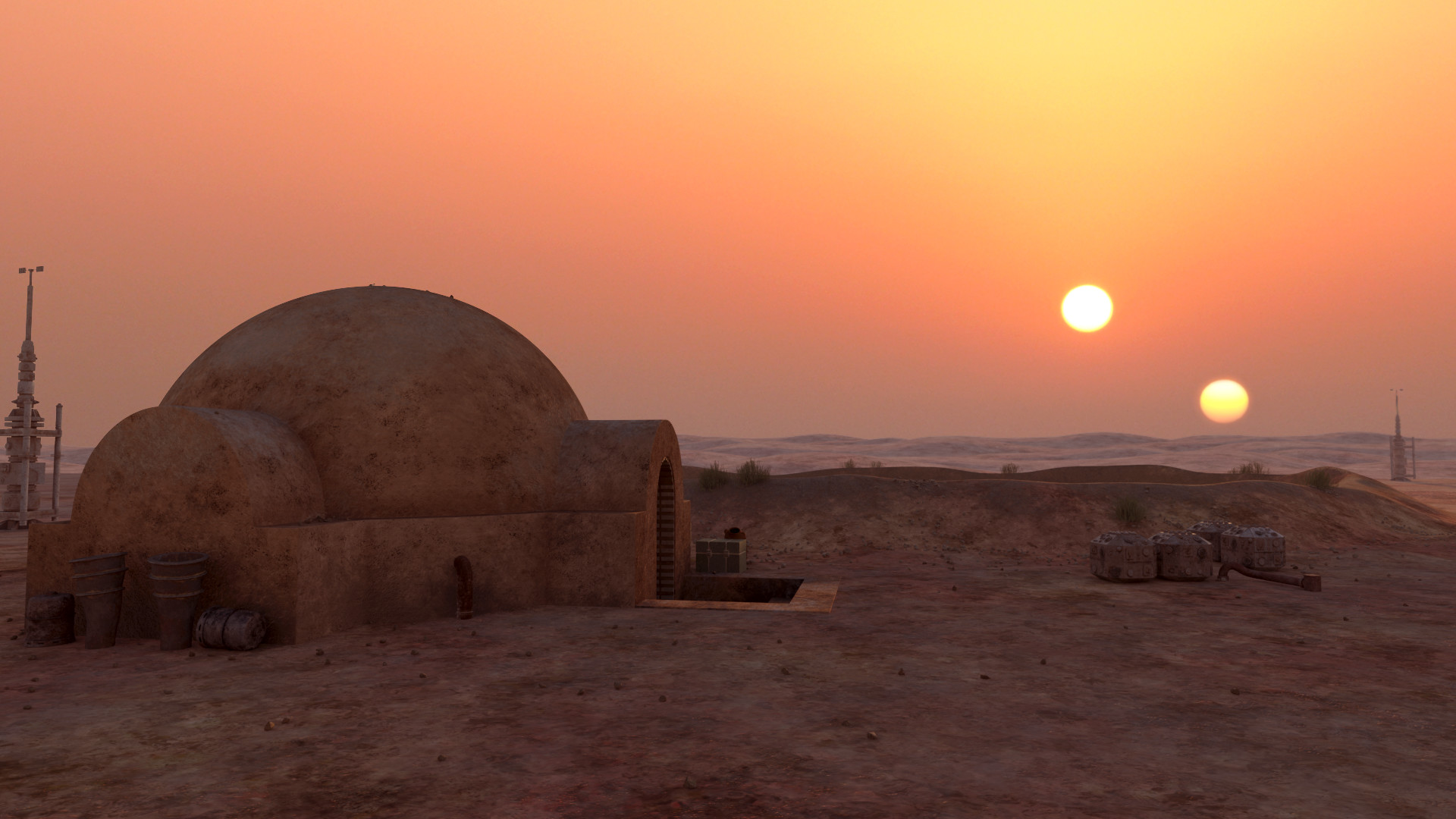 This is the same journey Rey goes on in The Last Jedi. Rey wants what nearly all of us want: to belong. She waits on Jakku for her parents to return and give her guidance. In The Force Awakens she finally finds friendship in Finn and someone to look up to in Han Solo.  Han is a living legend but he struggled with being a dad. In Han’s journey we see this theme of nostalgia that would be expanded on in The Last Jedi. Having lost his son he disappeared into the life he knew as a young man – the life of smuggling and swashbuckling.  Finally he faces up to the present moment. He goes to his son and asks him to come home. Ben rejects his love but Han has died fighting for his family in the here and now.

In many ways The Force Awakens is Han’s story because he is the most changed by it, but Rey witnesses all of it and none of it makes sense to her.

When she finds the great Luke Skywalker surely he will give her the answers she’s searching for. Once Rey persuades him to teach her, Luke imparts valuable lessons about the nature of the force. He teaches her to breathe; to feel the nature of things around her in the ocean and the earth and inside her – beyond ideas of good and bad. The force is inside her. He tells her that the Jedi have been deified and because of this they have to end. Rey wants him to tell her what to do, but he is on his own journey. He has much he can teach her, but he doesn’t have all the answers.

Then comes the pivotal scene for Rey, her experience in the cave. When she looks for answers all she sees is herself, stretched out forever.  Rey always thought she was a nobody. She assumed she was worth less than everybody else, so she yearned for someone better to guide her.  When she returns from the cave she is cleansed and renewed. She seems more confident. Her hair has changed. She knows she is stronger than she realized. She is enough.

Her arc culminates in the throne room after she and Ben defeat Snoke. Ben tells her to let the past die. “Kill it, if you have to. That’s the only way to become who you are meant to be” Ben too has been obsessed by the stories of old. Standing in the shadow of Han Solo, imitating Darth Vader.  He smashes his grandfather’s mask and kills Snoke. He wants to forge his own path but he ignores the voice inside him telling him to stop. He’s still trying to prove himself against his parents. He knows what it means to want to belong and so he tells Rey her parents were “filthy junk traders. Sold you off for drinking money. You come from nothing. You’re nothing. But not to me.” Ben is the son of a princess and a hero. Rey’s parents gave her nothing. They can’t give her what she seeks, but at this point she has stopped searching. Ben’s offer can’t work because she knows he’s wrong. It doesn’t matter where she came from.

We like to think that as we get older we simply get wiser. It doesn’t always work like that. Sometimes when you become one of the people that others look up to you find you’re still the same young person struggling to know what to do. In Return of The Jedi, Luke vowed to give himself up to his father. There was still good in him. He would not fight him – whatever the consequences. When faced with his father’s cruelty he wavers in that decision. He plunges into anger and ignites his light saber.

Years later he would waver again. Sensing that Ben was quickly drifting to the dark side and terrified of the suffering his nephew could bring about, he wavers like he had before.  Perhaps he remembers Obi Wan’s advice about Vader. He ignites his saber while watching over Ben but quickly realizes how wrong this is. By then it is too late. Ben has awoken and the rest is history. Luke goes into a self-imposed exile in the certainty that he would only do more damage by returning.

What Luke forgot was that although the stories of the  past have much to teach us, they don’t have to define us.  As he and Yoda sit watching the sacred texts burning, Yoda remarks, “wisdom they held, but that library contains nothing that the girl Rey does not already possess.” Luke worries about the arrogance of the Jedi but this isn’t about the Jedi texts. It’s about him. He listens to himself and forges his own path once again. He faces Ben but he won’t kill him. He won’t even touch him. He commits no violence and he tells his nephew he failed him. This gives the Resistance time to escape. He finally follows his own path and lives in the present moment once again. As he watches the twin suns set and passes away, it is a moment of joy.  He remembers who he is.

The Last Jedi, like the rest of the Star Wars saga, reminds us that in dark times we can lose ourselves. We can become obsessed by the past and the future, forget ourselves and each other.  When they reunite in the final moments of the film Rey asks Leia, “How can we build a rebellion from this?” To which Leia replies, “We have everything we need.”