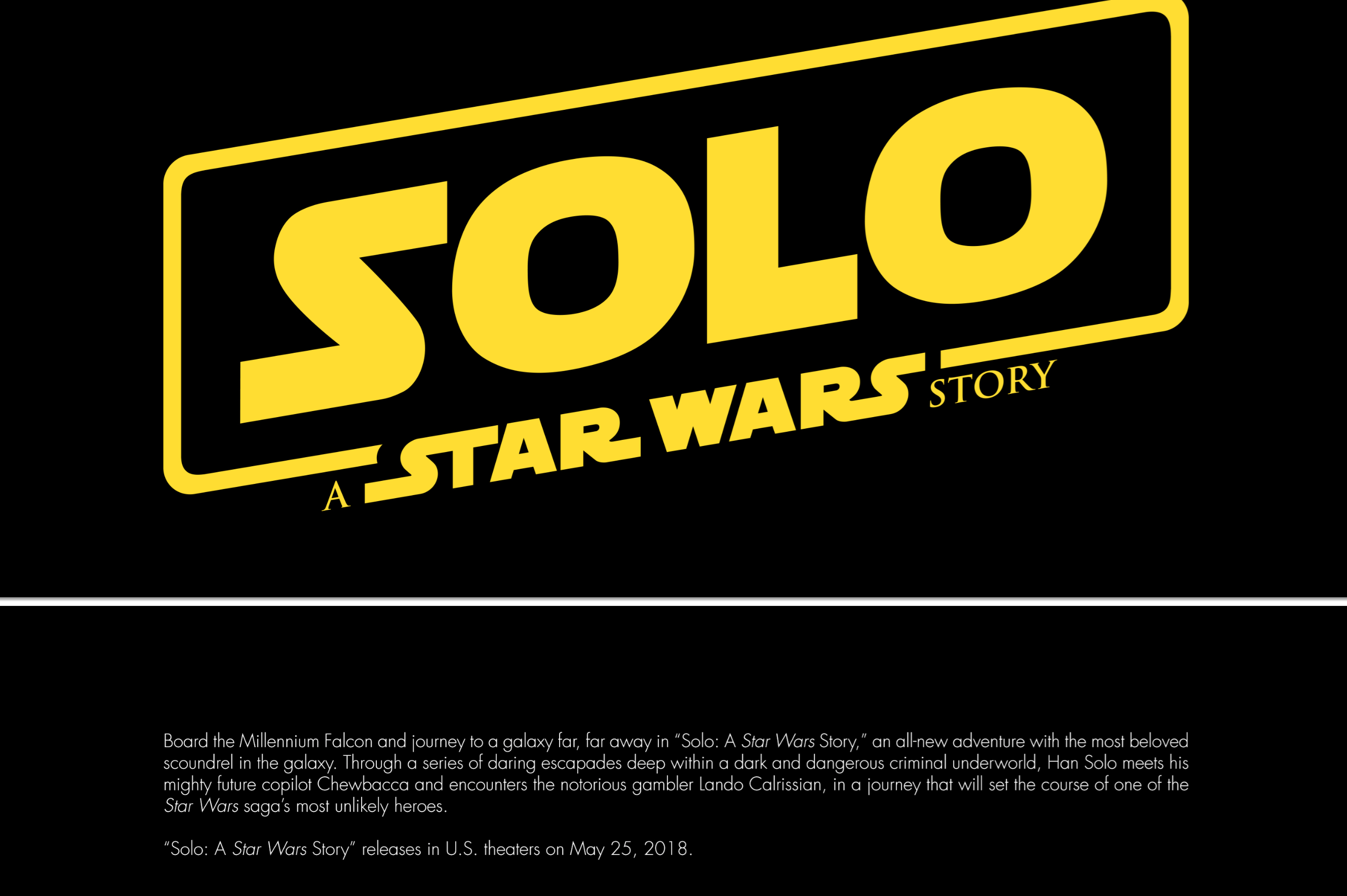 Disney released their media kit for 2018 today and although there are no photographs from Solo in the kit, the new Star Wars film does have a synopsis:

Board the Millennium Falcon and journey to a galaxy far, far away in Solo: A Star Wars Story, an all-new adventure with the most beloved scoundrel in the galaxy. Through a series of daring escapades deep within a dark and dangerous criminal underworld, Han Solo meets his mighty future copilot Chewbacca and encounters the notorious gambler Lando Calrissian, in a journey that will set the course of one of the Star Wars saga’s most unlikely heroes.

So, it’s not much more than we’d expected. We do know this will document his first encounter with Chewbacca then.

They’re also doubling down on the date for release.

That’s just a few months away and I couldn’t be more happy about it, seeing as how it’s the 41st anniversary of Star Wars to the day.

For the most up to date Star Wars discussions, follow @swankmotron on twitter and listen to the Full of Sith podcast.

UPDATE: The official Star Wars website added this information to the site this afternoon.