A Child of the 80s Talks Reboots

By Rufo Tolentino on March 15, 2019 in Editorial Movies Television

I was eight years old when Batman (1989) came out. My parents probably shouldn’t have let me watch it, but a few fist fights and disfigurement by acid were on the tamer side of what I was allowed to view as a kid. My mom theater hopped with me at the dollar movies in West Valley frequently. I caught sight of a three breasted woman at the same theater. 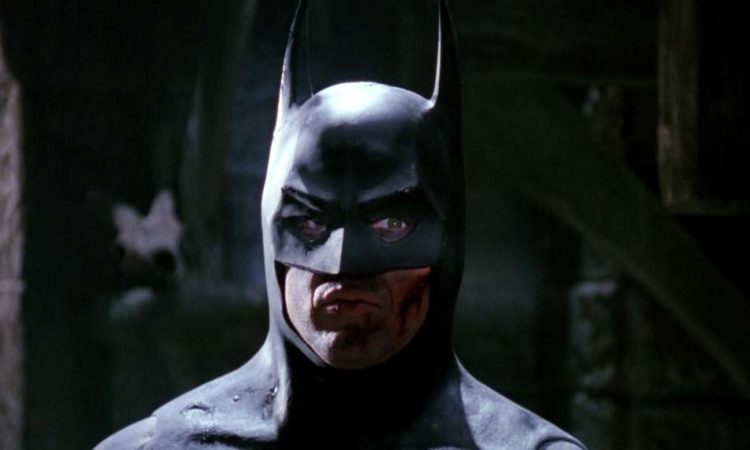 The Tim Burton adaptation of the caped crusader holds a special place for me. Revisiting the film as an adult I wonder what I found enjoyable other than the wonder of seeing a film on the big screen. Jack Nicholson’s performance and the Tim Burtonesque Gotham aside, there’s not a whole lot to be excited about. The action scenes lack intrigue. Michael Keaton and Kim Basinger’s onscreen chemistry falls flat. The storyline leaves much to be desired.

The campy 1960’s series shares few similarities with the 1989 film. Adam West in spandex kicks and punches bad guys while cartoon bubbles announce BAM! or POW! Robin occasionally chimes in with a “Holy some topical pun, Batman!” The TV series stands the test of time in a way the movie doesn’t for me.

The Twilight Zone (1983) is another example of a 60s TV show that received a reboot in movie form. It’s been so long since I viewed the film, I went to IMDB to make sure I had my facts straight. In one way my memory conflicts with reality. The PG rating blows my mind. I distinctly remember feeling way too young for the film in my preteens. I can picture a voice matching the on screen prompts on HBO: “This movie is rated R. It contains violence and adult content.” The chilling tales gave me nightmares.

I felt like the film stood up over time, but the sentiment came from a sense of nostalgia. There are four installments in the Twilight Zone film. The first two pieces fail to entertain. The last two, although great, don’t hold a candle to their TV versions. Albert Brooks and Dan Aykroyd in the cold open provide the best moment of the whole movie.

“Want to see something really scary?” 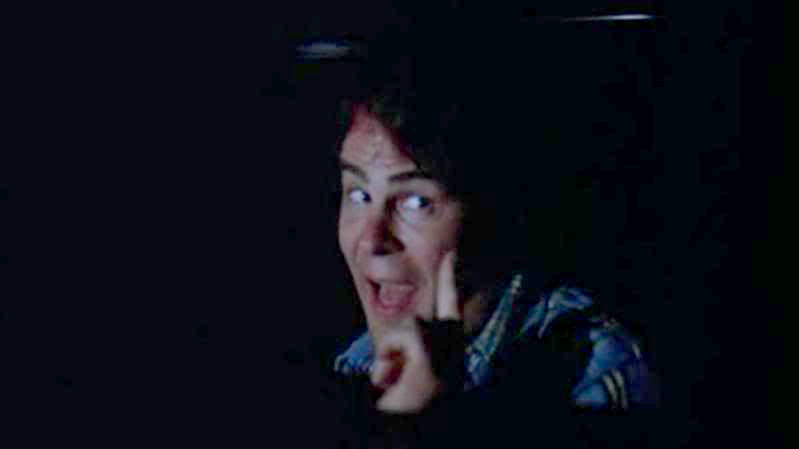 The first installment, Time Out, follows a bigot as he time travels and gets a taste of his own medicine. The story tries to cover too much ground and lacks the subtlety of the TV series. On production they broke a bunch of child labor and safety laws. People dying on the set led to scenes getting cut and adds to the disappointment of the piece. Kick the Can isn’t bad, just uninspired. A bunch of old people become young and play kick the can along with other playground games. Not much else happens.

John Lithgow is amazing in Nightmare at 20,000 Feet, but William Shatner’s rendition of the protagonist in the TV episode from 1963 will always be the better version. Similarly the freckle faced kid from the 1961 iteration of It’s a Good Life is just downright creepy. The 1983 portrayal can’t recapture the moment, even if the special effects from the movie version still haunt my dreams.

If you want to see more of my feelings about the 1960’s TV series, read here.

These two childhood memories provide a backdrop for the conversation I want to have about reboots. There’s nothing inherently wrong with them. In fact, Christopher Nolan’s Dark Knight Trilogy redefined the superhero genre. The dark, brooding Bruce Wayne of Batman Begins made way for Iron Man and the rest of the Avengers. It washed away the bad taste of Michael Keaton, George Clooney, and Val Kilmer (although Batman Forever is so ridiculously bad it’s almost forgivable).

It’s hard to believe how many reboots there have been. Fantastic Four  came out in 2015, a decade after the original movie. Although critic ratings don’t always tell the whole truth, a 4.3/10 rating on IMDB and a 9% on Rotten Tomatoes tell you the kind of dumpster fire you’re walking into. No offense to Michael Chiklis, but the original Fantastic Four movies were bad enough.

I know all the X-Men movies don’t count as reboots, but there’s just too many of them. Patrick Stewart and James McAvoy do a great a job portraying Professor X. Sir Ian McKellen and Michael Fassbender do equally well playing Magneto. But no one needed to see the Wolverine/Sabertooth relationship retconned to make them brothers in X-Men Origins.

As a side note, I regret watching Logan on an airplane instead of on the big screen.  On the plus side no one saw me ugly cry in the middle of a theater during the tragic ending. 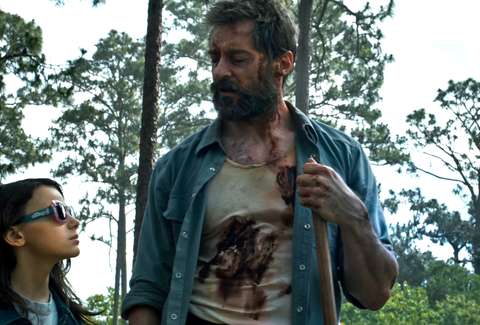 During an interview on Hot Ones, a YouTube interview series where the guests answer questions while eating ridiculously hot wings, comic Tom Segura commented on the state of modern hip hop. It’s not that hip hop music is worse now. There’s just more hip hop music out there. With the amount of content, it’s impossible to navigate without finding unbearably horrible music.

I think the same can be said about the state of film and television. Growing up, there weren’t a lot of options. A few big blockbusters showed up in theaters every year. Without DVR, if two good shows came on at the same time, you had to make a choice about what to watch. Now there are so many streaming services and so many outlets to get films made it’s hard to wade through the good and the bad.

The Daredevil series currently on Netflix provides action, intrigue, and character development. In contrast, the 2003 movie somehow didn’t get Ben Affleck banned from superhero movies for life. I’m not particularly upset he’s decided to drop out of the upcoming stand alone Batman project.

On the one hand I am nostalgic for the originals- Dredd (2012) didn’t need to be remade. My inner child’s affinity for the The Secret of the Ooze keeps me in denial the 2014 Teenage Mutant Ninja Turtles movie exists at all.

On the other hand, I’m hopeful. I’m hopeful the Hellboy set to release in April of this year is at least as good as the 2004 version. The previews look great and David Harbour fits the mold to play the big red demon. 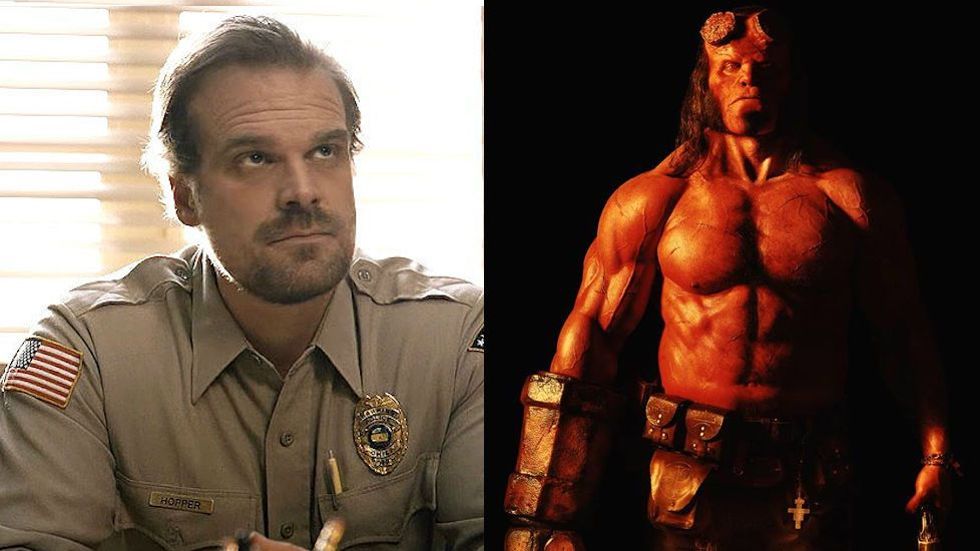 I’m hopeful Jordan Peele can bring back the wonder and magic of the original Twilight Zone series the way the 1985 and 2002 reboots couldn’t. If Get Out or Us are any indication, I’m going to have to leave the lights on after a few of the episodes.

I am nostalgic for the time when my mom used to take me on the bus to the dollar theaters. I’m deathly afraid of breaking the rules to this day and sneaking from movie to movie was probably the most exciting thing I ever did.

Remakes and reboots and sequels to all the childhood films and TV series I hold dear aren’t going to stop being made. I have to be willing to take the good with the bad.

I accept the fact I’ll have to sit through Jaden Smith as the “Karate Kid .” He does kung fu, not karate. They say so several times throughout the movie.

At least it means I also get to watch Danny Larusso and Johnny Lawrence go at it one more time. 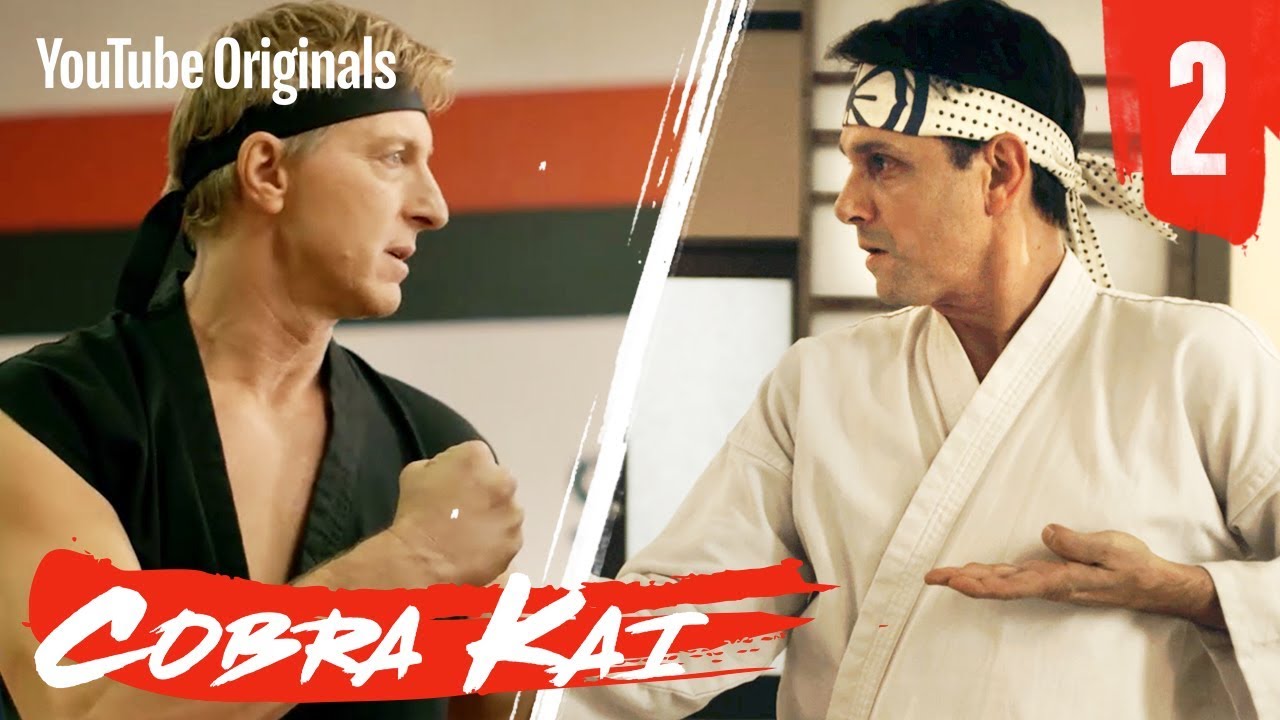