By Cassidy Ward on September 8, 2018 in Comics Reviews

Welcome to Wanderland (8 out of 10) Created and written by Jackie Ball; Illustrated by Maddi Gonzalez, Colored by Nimali Abeyratne; Lettered by Ed Dukeshire; Published by BOOM! Box; in stores September 12 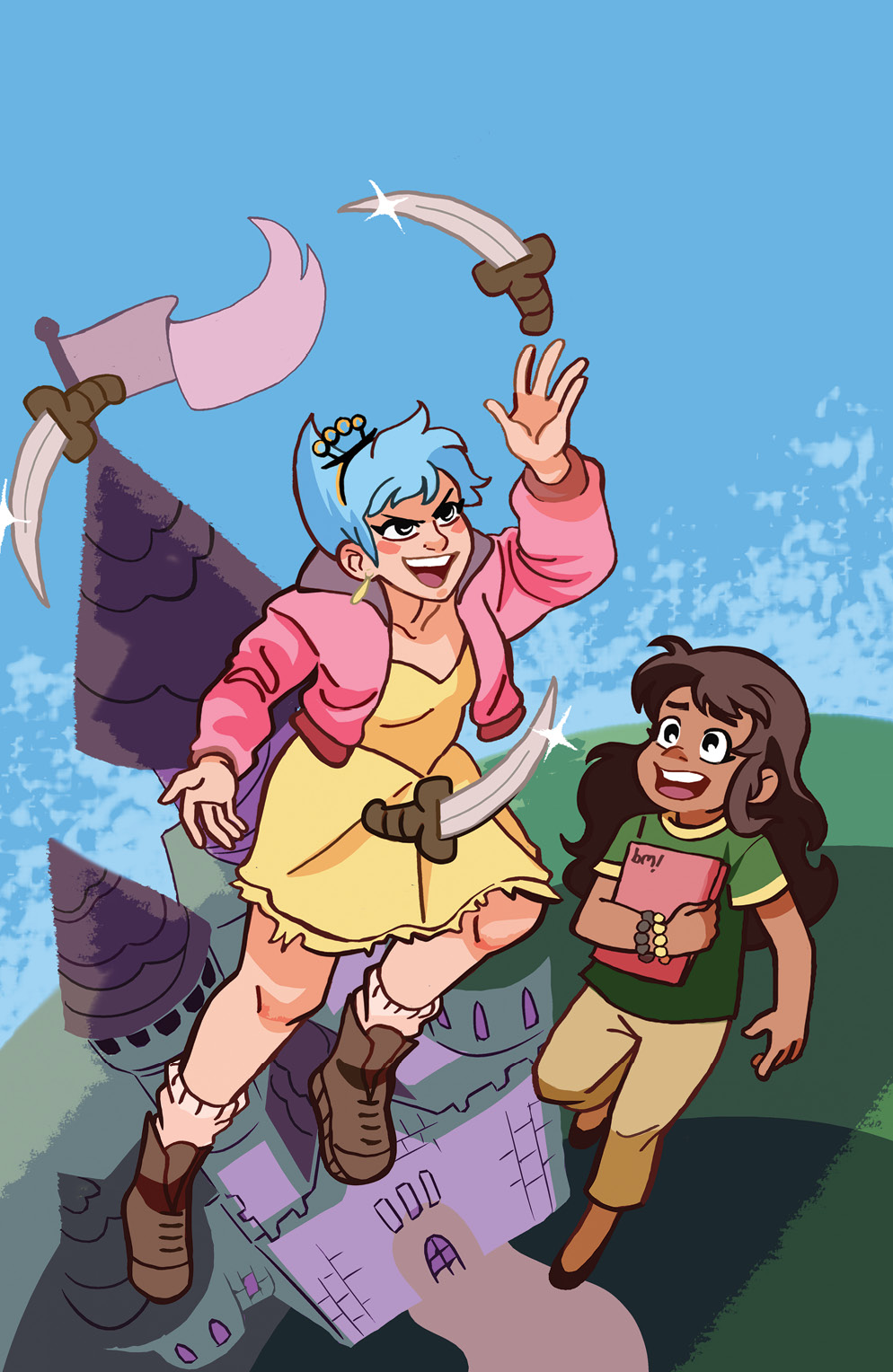 Bellamy Morris loves Wanderland Park, or at least she used to before new management turned it from the best place in the world to a soulless cash grab falling apart at the seams. Even though the lightbulbs haven’t been replaced in almost a year and rides are shut down for months at a time, Bellamy can’t help believing there’s wonder to be had at Wanderland if only she dares to look.

When an online message promises a new easter egg hidden somewhere in a classic ride, Bellamy investigates, hoping to reclaim the love for the park she’s been missing. Her search leads her to a private door which opens not onto the inner workings of the ride but into the very real realm of Wanderland. 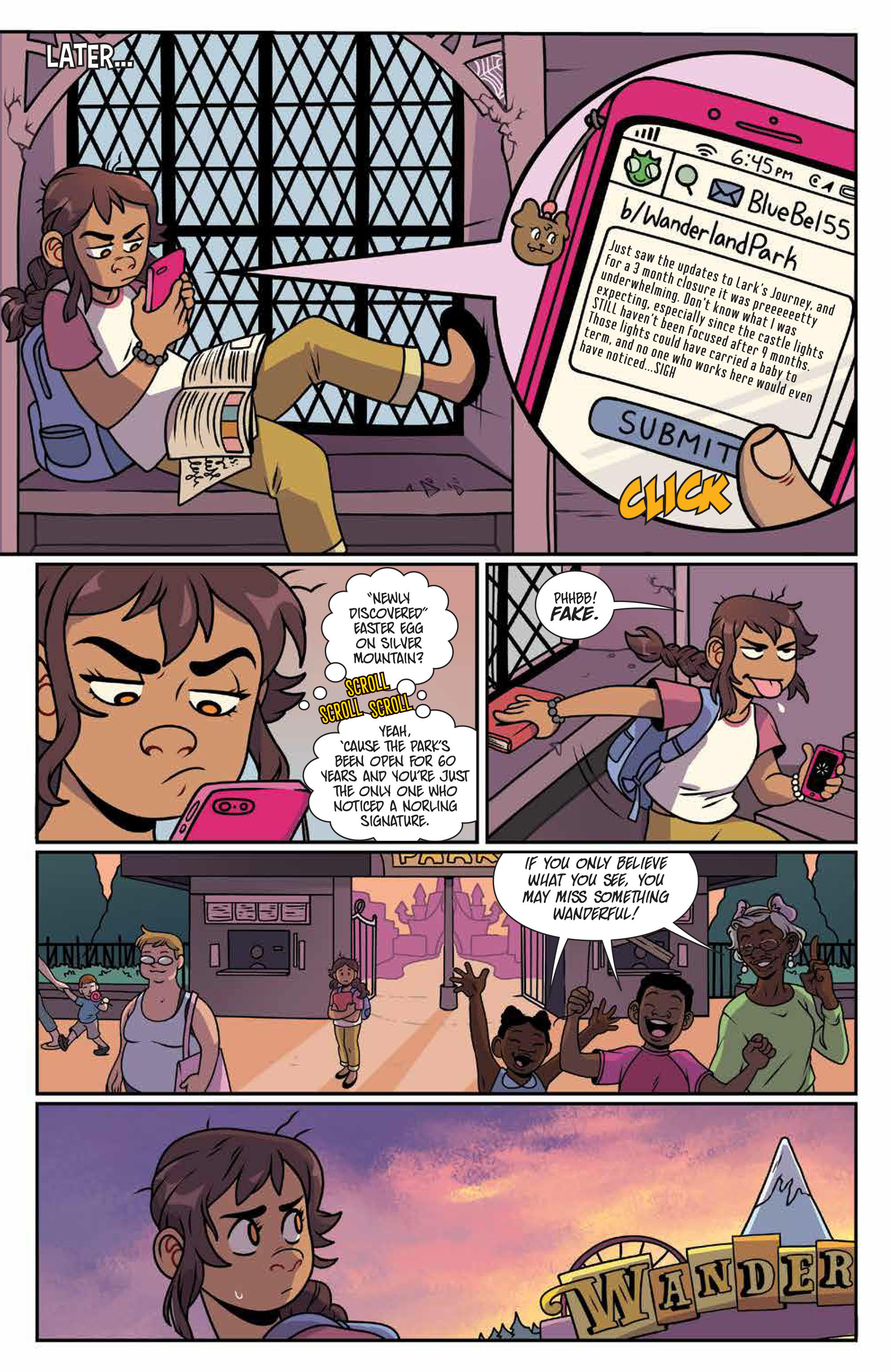 There, Bellamy finds a world mirroring the park she knows so well, complete with all of the characters and features she’s spent her life obsessed over. But things aren’t quite as they should be and, after being captured by Princess Lyra and locked in a tower, Bellamy joins forces with Princes Lark Meadowstone (better known as Riot) to escape the fortress and find her way home.

Welcome to Wanderland by BOOM! Box, an imprint of BOOM! Studios, takes readers on a journey to an imperfect magical world based on a fictional version of the Disney parks. The writing, by Jackie Ball, promises a tale that’s equal parts pure fantasy and modern irreverence while still being palatable to kids. Artist, Maddi Gonzalez captures the spirit of the characters, imbuing their actions and dialogue with just the right amount of moxie, making them instantly relatable, interesting, and fun.

While the first issue stays within the boundaries of Wanderland proper, a sort-of standard fairytale setting, the story promises to take us to the mirror-world equivalents of other areas of the park, including Old West Town and Space Age Metropolis. 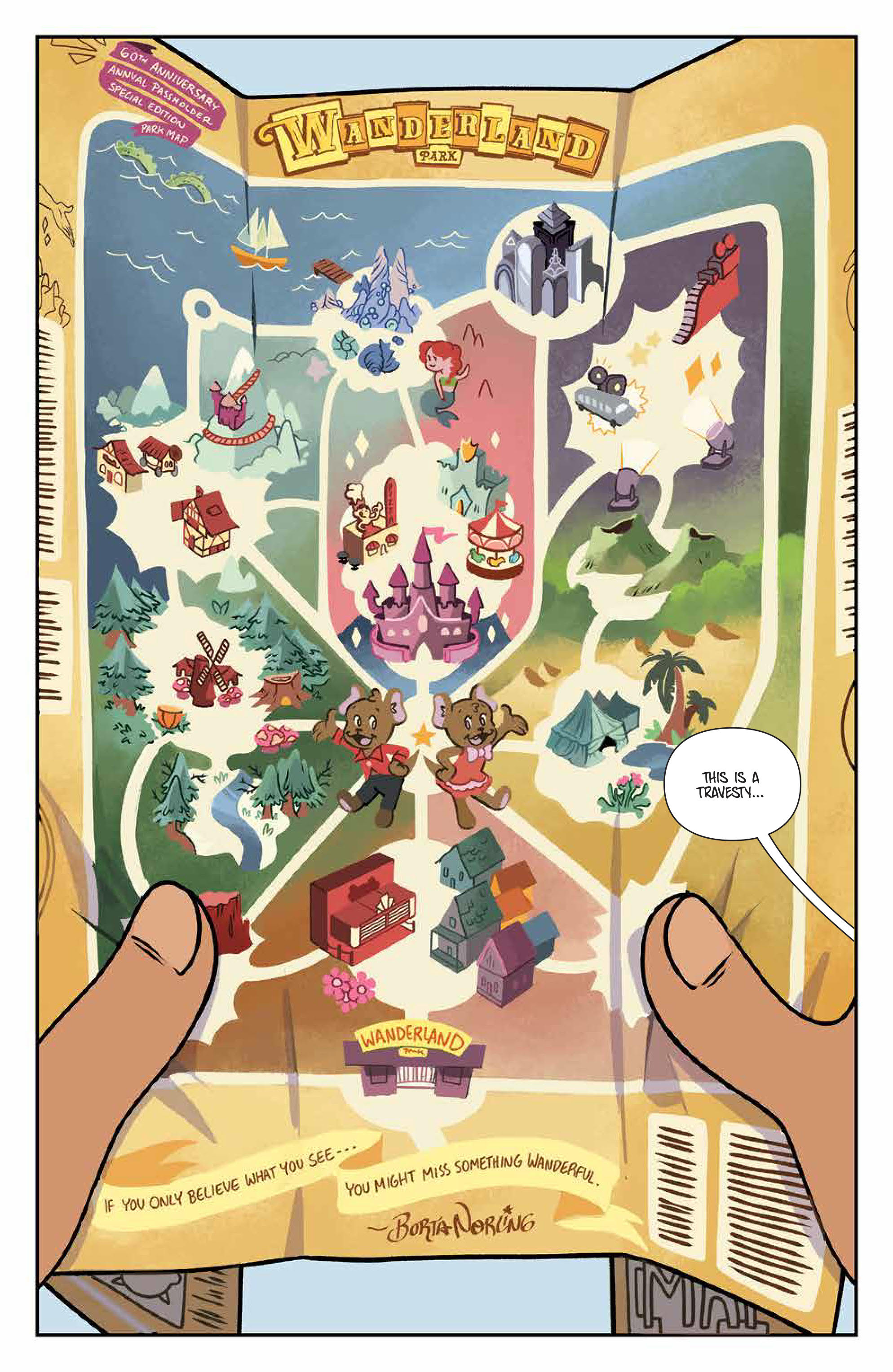 In just 24 pages, Welcome to Wanderland #1 sets up a world full of almost endless possibilities. Find it at your local brick and mortar September 12