By Quinn Rollins on October 4, 2016 in Collectibles Comics News

Yesterday on their Facebook page LEGO revealed three of the six upcoming playsets for DC Super Hero Girls. Designed in the (sometimes controversial, but incredibly popular) LEGO Friends style, the sets include several iconic heroes and villains from DC Comics.  Here’s what LEGO showed us: 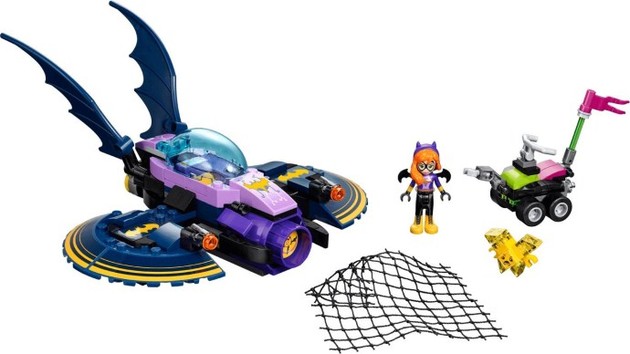 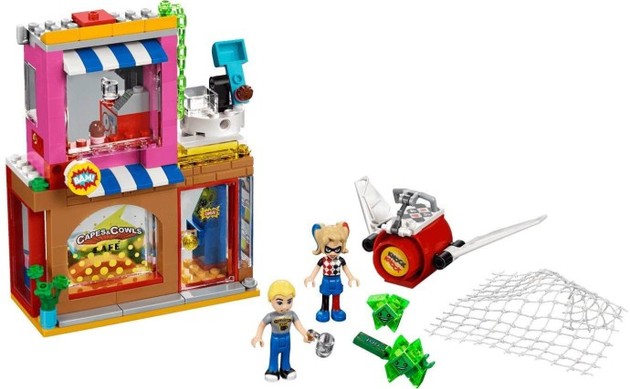 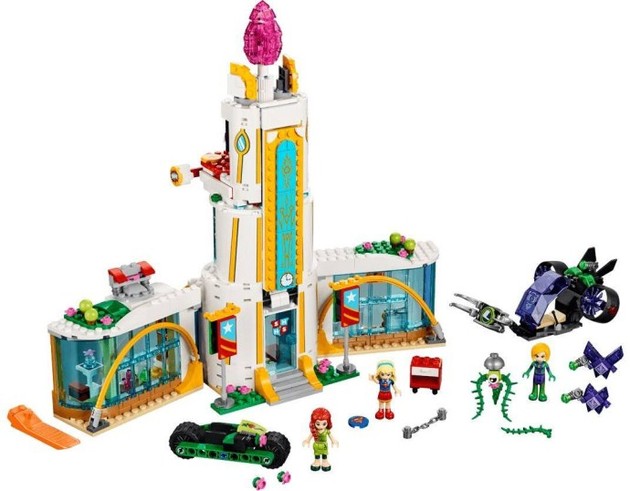 Some commentary from a 43 year-old man who is clearly not the target audience, but who is an incredible fan of LEGO, and a lifelong fan of DC Comics…

These instantly had a backlash from Adult Fans of LEGO on Facebook and LEGO fan sites. So…a lot of other 43 year-old men. Their criticisms are twofold: first, that these are in the LEGO Friends style at all–with the Friends-style “minidolls” instead of traditional LEGO minifigures. The second criticism is that, unlike many of the other LEGO Friends sets, these sets seem to be more “juniorized” — more dumbed-down in terms of building techniques. I mostly disagree with both of those points.

The LEGO Friends line has consistently been one of LEGO’s top three sellers since the line was launched in 2012, which seems to shuffle between City, Star Wars, and Ninjago. While it’s been criticized in its own right for having the minidolls instead of minifigures, for its pink and pastels color schemes, overall it’s a hit. Some of the sets are “juniorized,” but others are complex, and a lot of them are just downright fun. Last month I bought a hot dog truck (shaped like a giant hot dog) because it’s awesome, and because it’s something that’s not in the City LEGO lineup. So including Super Hero Girls in the Friends lineup alongside Disney Princesses and Elves and Pop Stars…it’s not a slap in the face. It’s getting some of my favorite characters in comic-dom to a wider audience. If this introduces more kids to Supergirl, Batgirl, Harley Quinn, and Poison Ivy–I’m for it. by all accounts the DC Super Hero Girls brand has been a success for DC and Mattel (it’s in Happy Meals right now by the way, and the “girl toys” are soooo much better than the “boy toys” from Justice League Action), selling well. Anecdotally, I see daughters of friends reading the books and playing with the toys, and while I don’t necessarily dig the aesthetic…it’s working for someone.

And let’s say you really, really hate the design of the minidolls and are furious that they’re not minifigures — each of the major characters we see in this first wave has been in regular DC Superheroes LEGO sets within the last two years. Batgirl, Supergirl, Poison Ivy, and Harley Quinn have all made appearances, along with Wonder Woman, Katana, Starfire, Catwoman, and Talia Al Ghul. You can’t say that LEGO is somehow doing a disservice to female characters in the DC Universe.

As far as the “juniorization” of the LEGO builds goes…they’re not as complex as some other builds that are out there, but I’d say they’re on a par with most of the City sets and, indeed, most of the DC and Marvel Superheroes sets. The sets for Captain America: Civil War and Batman v. Superman: Dawn of Justice were awfully similar in terms of building techniques. In different, brighter colors, yes. But the actual builds…pretty darn close. And in line with the aesthetic in the other Super Hero Girls toys, books, and other media.

In short…I don’t know that I’ll be getting any of these sets. Because they aren’t my thing. There are a lot of LEGO sets I don’t buy, believe it or not (my wife probably doesn’t believe that).  That said, we still have three DC Super Hero Girls sets we haven’t seen. I’m hoping Wonder Woman’s Invisible Jet is one of those sets. If it is…I’m pretty sure I won’t be able to resist that one. Wonder Woman is a major character in the books and other toys of course; I’m pretty sure we’ll see the Amazing Amazon in the lineup sooner rather than later. I’d also expect to see Bumblebee and Katana in this first wave, just to underscore the diversity in the Super Hero Girls lineup. I’ll be sure to update you as soon as we see more.