LEGO Expands its Reach to Girls

By Quinn Rollins on March 14, 2015 in Collectibles Editorial

Last year, LEGO received a scathing letter from Charlotte, a seven year-old girl. The gist was “Hey LEGO, why aren’t there more girls in LEGO sets?” The letter went viral, and something that parents may have been noticing for years became a public issue. I’m a defender of LEGO, but the critics have a point. Up until about four years, ago, the ratio of female to male minifigures was 1:14. That has improved somewhat, but there’s still an obvious discrepancy.

Well before LEGO received Charlotte’s letter, LEGO was making products in an effort to “reach girls.” The most noticeable one, and the one that some see as offensive, is the LEGO Friends line of building sets. Instead of traditional LEGO minifigures, the Friends are “minidolls,” more slender than minifigures, with more expressive faces, more detailed hairpieces, more accessories. The color scheme is different, with more purples and pinks, more azure and gold instead of blue and yellow. Critics don’t like that the minidolls are a different shape, they don’t like that they Friends sets include things like hair salons and bakeries. They overlook the complexity of the building sets (some brilliantly designed ones), the number of new pieces and new colors involved, and the sets that aren’t “girly” at all, like the Jungle Adventure theme from 2014. And the LEGO Friends line, introduced a few years ago, has catapulted to LEGO’s number three best-seller. 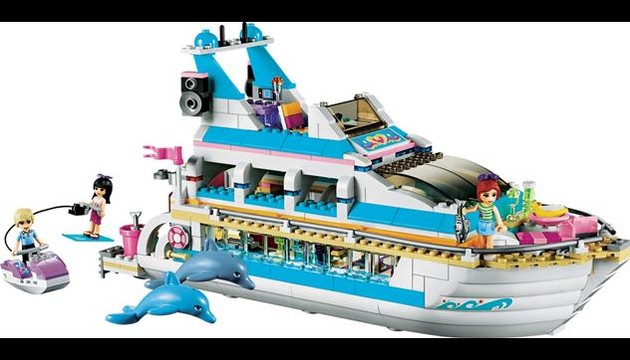 LEGO Friends has been so successful, it’s spun off its own product lines–the Disney Princesses and LEGO Elves. The Princesses have included Aurora, Cinderella, Ariel, Jasmine, Rapunzel and Merida. This last Christmas, they added Elsa and Anna, in an impressive ice castle. Some of these sets have been targeted towards younger children than the main LEGO Friends line, but there are still some great sets. Cinderella’s pumpkin carriage is an icon in itself, and Rapunzel’s Tower has more detail than most “regular” LEGO castles. 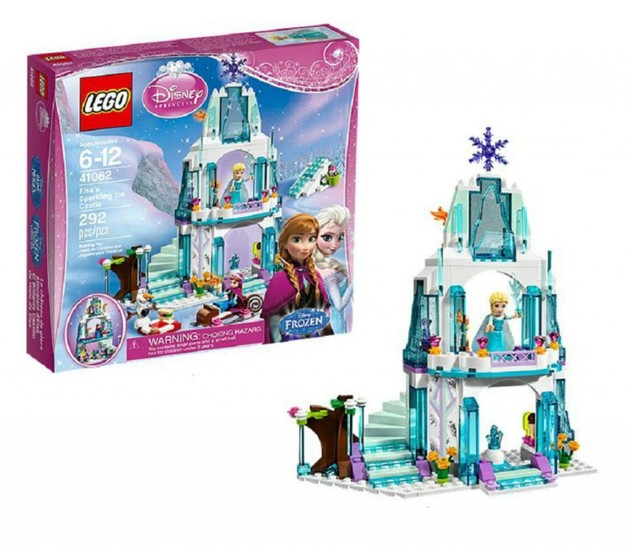 The LEGO Elves are new in 2015, and have rich color schemes and a touch of “magic” that open up fantasy play possibilities. Where LEGO Friends focus on city life, the Elves line would fit into Middle Earth or Narnia. They’ve also got incredible new pieces, like scrolling lattices, plant pieces, and transparent bricks that we haven’t seen before. Essentially, LEGO isn’t skimping on the lines that have the minidolls, and it shows. Even though I’m a guy, and I’ve got two sons, we’ve bought several of these sets because they’re good. They’re some of the best product LEGO is making right now. 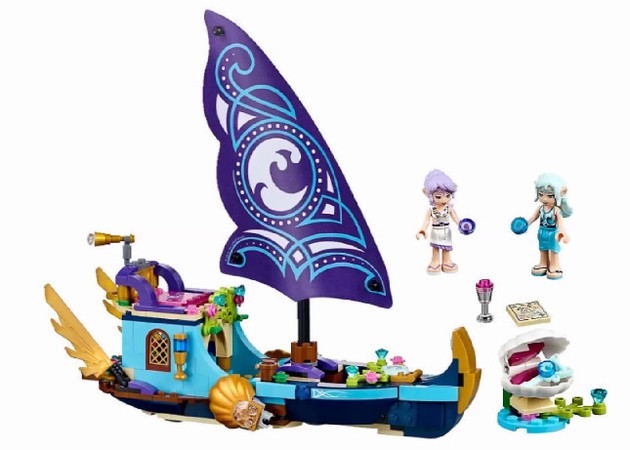 Of course, these “specialty” sets aren’t necessarily what Charlotte was writing about. There’s still that discrepancy in the traditional LEGO sets. Well, LEGO’s made progress on that front too. The popular and compulsively collectable Minifigures line (now in Series 13) has a ration of 5 female characters to 11 male, and have included female robots, monsters, and in the most recent set, a hunter and a paleontologist. Not all hairdressers, not all nurses. Breaking the mold to include women in non-traditional female roles. 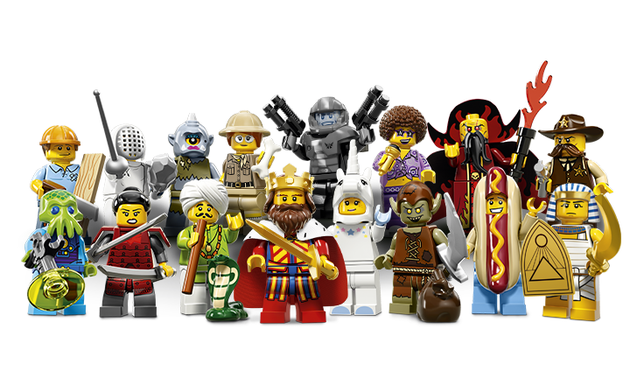 Even better, the 2015 Construction, Fire, and Police sets have female minifigures in nearly every set. This includes the smallest sets (and the ones most purchased for birthdays, holidays, impulse buys), and includes women as construction workers (with sledgehammers), firefighters, and police officers. Even more remarkable to me is that they’ve also started including them as criminals; a true sign of gender equity to me is that you can have female villains alongside male, not always putting them on a pedestal. Maybe that’s just me. 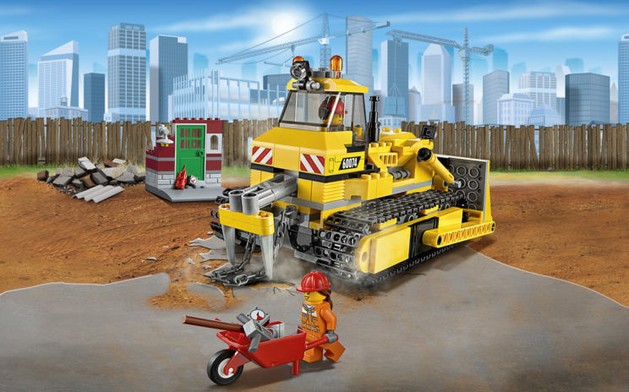 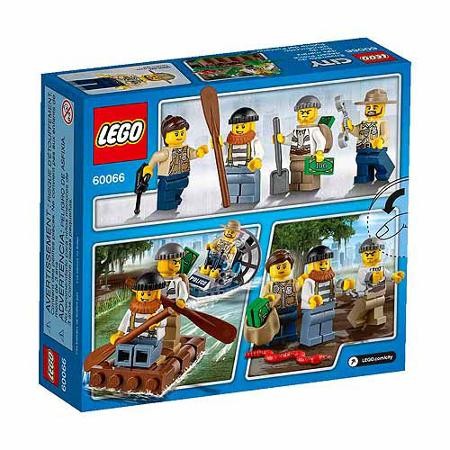 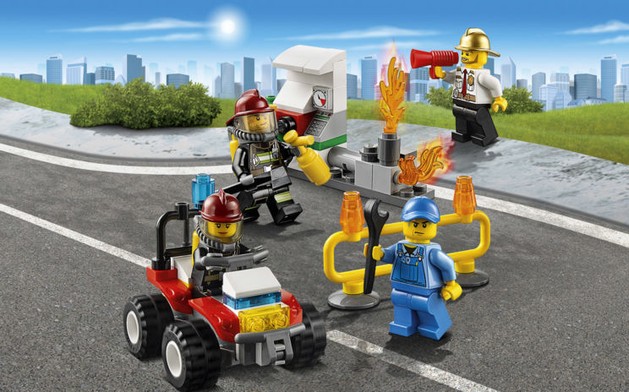 One of the hottest products of 2014 was the “Research Institute,” a fan-pitched set of three female scientists: a chemist, an astronomer, and a paleontologist. They come with lab equipment, and the price point and the incredible design of the set made it a huge bestseller for LEGO. It’s not the “Lady Research Institute,” it’s just the Research Institute. Everyone is buying it. And it’s probably reaching the end of its run, so you should buy it too. I’m hoping there’s a followup set with three more scientists, because this has been one of my favorite sets in recent years. 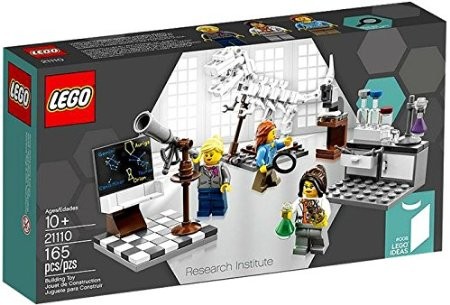 This isn’t apologizing for LEGO’s past policies, and it’s not saying there isn’t progress to be made. But over the last five years, there has been extraordinary movement toward equity. And LEGO’s selling better than ever before. They’re currently the number one toy company in the world, and with these kind of changes and this kind of progress, hopefully they’ll continue.