By Quinn Rollins on October 5, 2015 in Collectibles News Television

We’ve known for a while now that there would be a “Doctor Who” LEGO set coming in 2015. Today LEGO showed us everything in their press release: 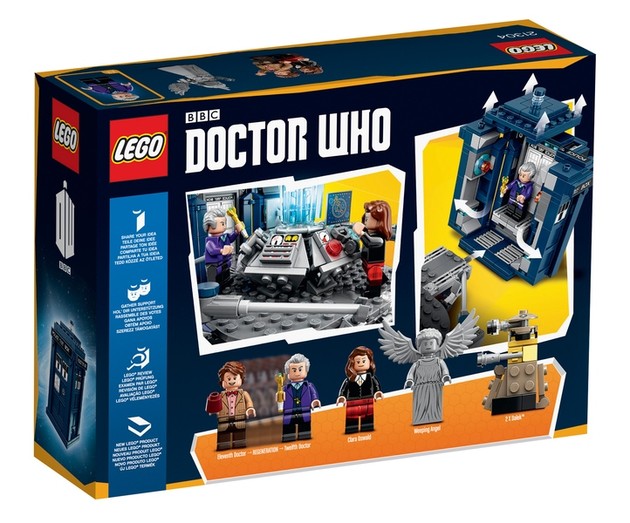 You might have thought it disappeared into a crack in space and time, but today we’re excited to finally share pictures and details about the LEGO® Ideas 21304 Doctor Who!

AndrewClark2’s Doctor Who and Companions was too great for just one Doctor, who we decided to include two! You can buy yours  December 1st, in time for the Doctor Who Christmas Special, for a recommended retail price of USD $59.99 / EUR €59,99. You might want to keep an eye on that Weeping Angel though….

Here is the official product description:

Construct a stunningly detailed LEGO® version of the iconic TARDIS® and role-play the Doctor’s time-travel adventures! Created by fan-designer Andrew Clark and selected by LEGO Ideas members, this set is based on the BBC’s popular and long-running television series about a Time Lord – the Doctor – exploring the universe in a blue police box. Due to trans-dimensional engineering, the TARDIS is bigger on the inside than the outside and this cool multifunctional set includes the console room that houses all the flight controls. Regenerate the Doctor and defeat the evil Daleks™ and a Weeping Angel with the help of his extraordinary companion Clara. Then close the doors of the TARDIS and launch into another dimension! Includes 4 minifigures with assorted accessory elements: the Eleventh Doctor, the Twelfth Doctor, Clara Oswald and a Weeping Angel, plus 2 Daleks™. 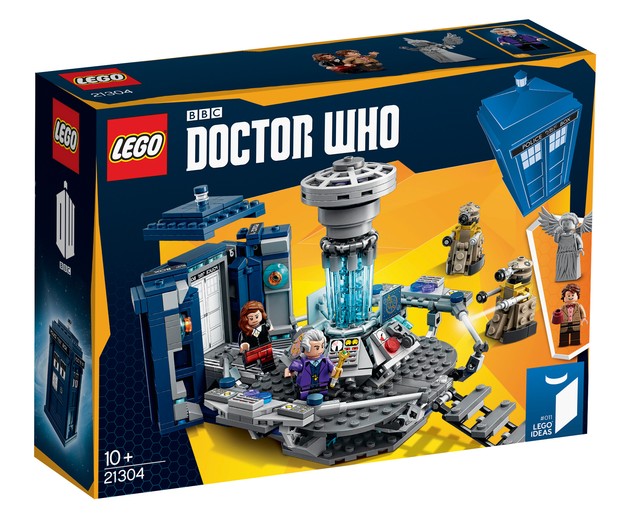 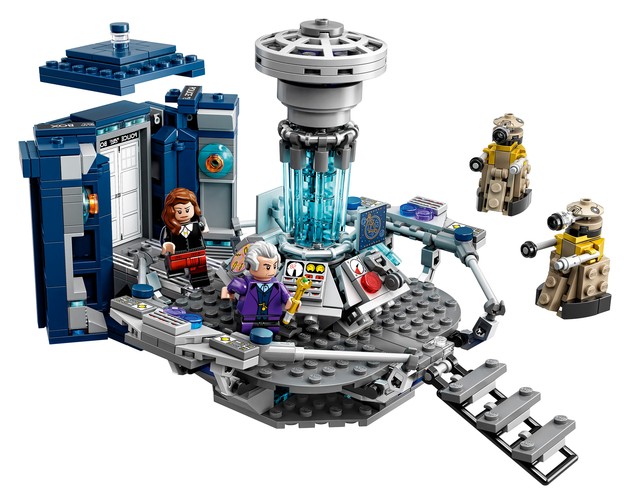 The likenesses of the characters are good — and it just makes me want more “Doctor Who” characters in LEGO form. Doctors, companions, aliens, frigging K-9 — I want it all. Sigh. 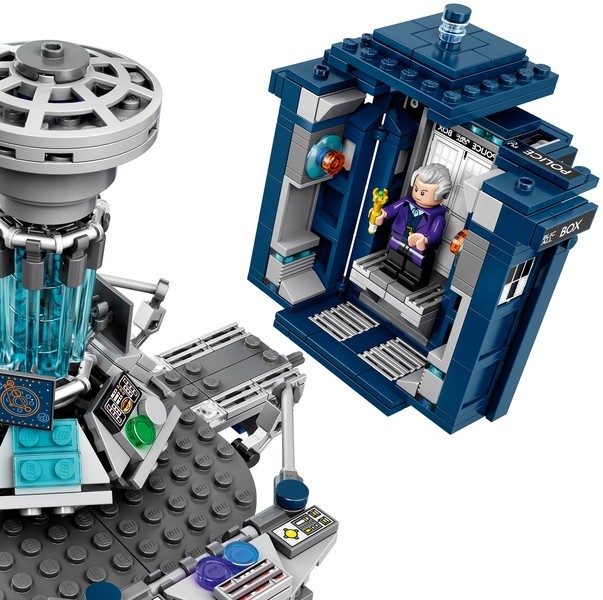