‘Star Wars: Return of the Jedi: Beware the Power of the Dark Side!’

Out this week from Disney Lucasfilm Press are three books that retell the stories of the original Star Wars trilogy. Not just new novelizations or adaptations, these grade school retellings add a bit of a twist to the classic stories we know and love. Tom Angleberger, author of the hilarious Origami Yoda books, spins his version of Episode VI with Star Wars: Return of the Jedi: Beware the Power of the Dark Side! 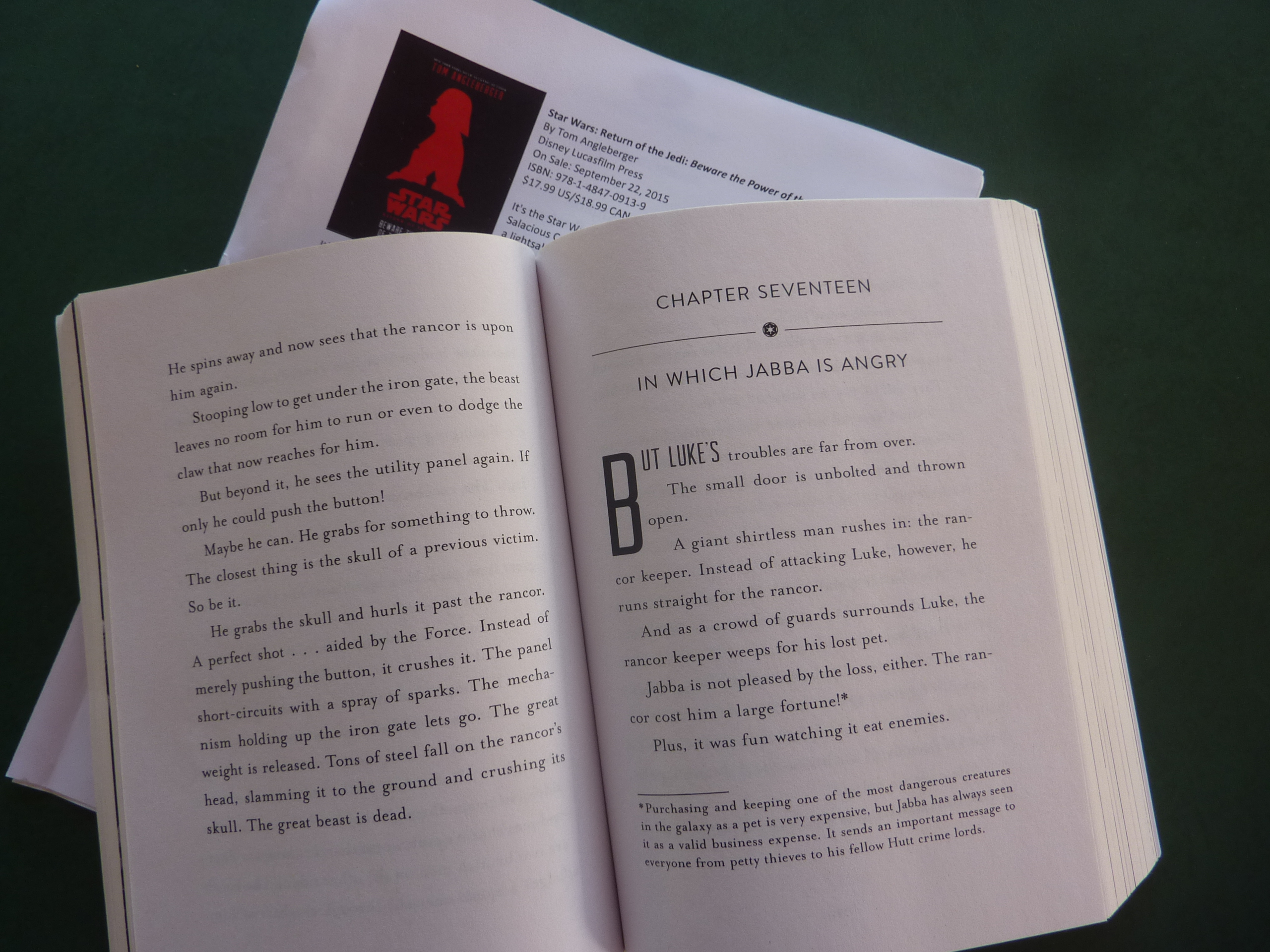 Review: Beware the Power of the Dark Side! basically takes the story of Return of the Jedi and amps it up. As Angleberger described at Comic-Con, we have more of everything: more action, more explosions, more Ewoks, and more footnotes! As with the other two books in the trilogy of retellings, the book includes concept art and sketches from Joe Johnston and Ralph McQuarrie, but the real treat here is the story. Angleberger uses a storytelling style that brings humor and levity, as well as a penchant for sound effects. Imagine Threepio telling the story of Return of the Jedi. Nothing like that. Imagine an overenthusiastic adult with the heart of a kid telling you the story with big hand motions. That’s what this retelling is: Excitement!

The movie is broken into seventy-four short chapters, some with entertaining names such as “In Which Jerjerrod Hopes Darth Vader Will Look at Some Paperwork.” There’s some great extra scenes, including one that makes the story now pass the Bechtel Test: check it out! Angleberger gets into the heart of the story and tells it with glee. Not as a joke-filled parody of the film poking fun at it, but bringing the fun alive with his written exuberance. He gets into the character’s heads at times, and we get a sense of the tragedy of being Darth Vader (and the tragedy of Romba the Ewok scout). I really enjoyed this book and found it hard to put down. I think Star Wars fans young and old will get a kick out it. Big thumbs up!

For a little bit more of my review and me reading an excerpt, watch my video here!