‘Star Wars: The Empire Strikes Back: So You Want to Be a Jedi?’

Out this week from Disney Lucasfilm Press are three books that retell the stories of the original Star Wars trilogy. Not just new novelizations or adaptations, these grade school retellings add a bit of a twist to the classic stories we know and love. For Star Wars: The Empire Strikes Back: So You Want to Be a Jedi?, author Adam Gidwitz puts the reader into Luke Skywalker’s role in his quest to become a Jedi. 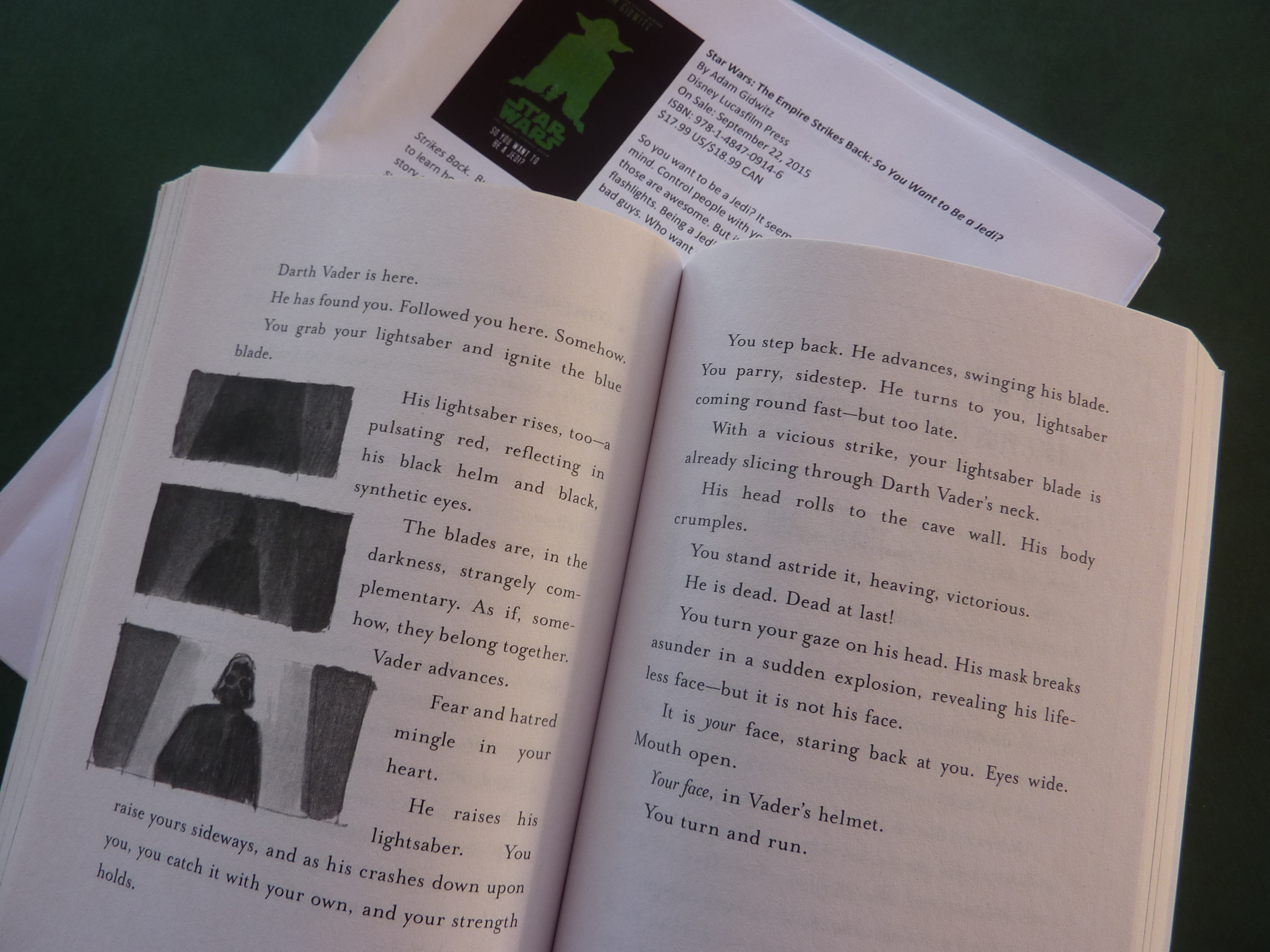 Review: So You Want to Be a Jedi? transforms Episode V: The Empire Strikes Back into a fairy tale, placing the reader into the shoes of Luke Skywalker. The narrator, as some Jedi mentor, lets the reader fill the role of a Jedi-in-training, as the story of Luke is told, and is broken up with Jedi lessons for the reader to practice. Using the second person “you” for Luke’s character, we get into Luke’s head, thinking his thoughts, feeling his emotions in real time as the adventure unfolds. The larger picture still remains as scenes that do not include Luke are still told. The story also includes concept sketches and art from Ralph McQuarrie and Joe Johnston which help set the mood of the story.

I liked the approach that Gidwitz, no stranger to dark fairy tales with his take on classic fairy tales in The Grimm Trilogy, used in this retelling. The story becomes a roller coaster as you the reader take on the role of the blank hero, Luke Skywalker, and feel his highs and lows through the story. There are some new scenes added to the story, especially on Dagobah, as well as a really cool parable that Yoda tells Luke. The Jedi lessons that appear at the end of every chapter draw a bit on meditation and mindfulness and are applicable to readers. Do the exercises that Gidwitz is teaching!

Overall, Gidwitz succeeds in putting the reader into the mind of Luke Skywalker, aspiring Jedi, as he journeys from Hoth to Dagobah and Cloud City. I enjoyed the extra scenes that appear in the tale, that add to the training of a Jedi, and the real-world Jedi lessons finish the sense of being an apprentice at the feet of a mentor. This book is a lot of fun and I would recommend it to Star Wars fans, especially younger readers. Also, the translations of Chewbacca’s dialogue are a hoot. Thumbs up!

For a little bit more of my review and me reading an excerpt, watch my video here!