Imperial Diversity in a Galaxy Far, Far Away 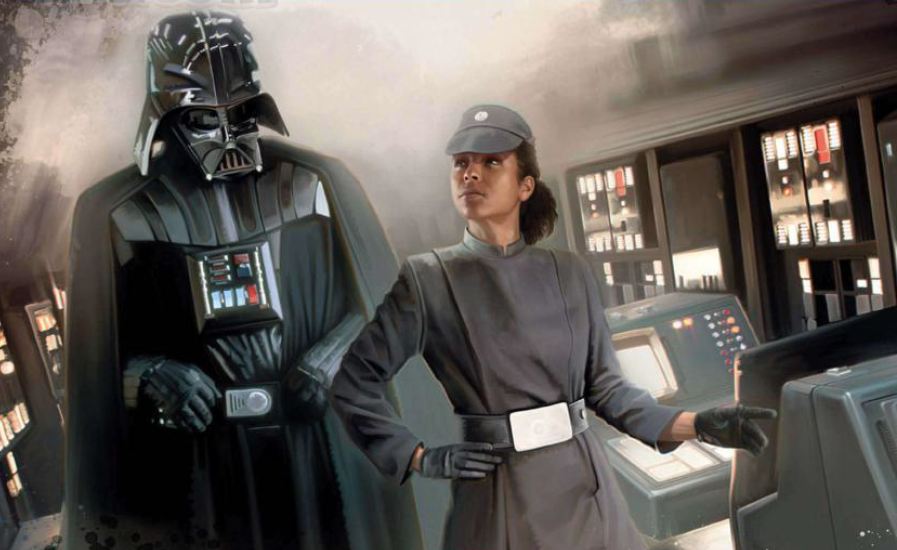 “Yes, there are female stormtroopers in A NEW DAWN. I saw no reason why they wouldn’t be recruited in the post-Clone era.” –John Jackson Miller

Rogue One and Rebels? I love them.  They’re both beyond delightful and hit me emotionally in different but equally significant ways.  Both film and show have done great things for moving Star Wars forward and making diversity the norm but they have lagged behind in one crucial area: Imperial diversity. In contrast to what we’re reading in the books, it’s basically white males as far as the eye can see and that was old back in 1977.

It’s impossible to deny the great strides that Star Wars as a whole has made towards increased diversity.  Casually seeing people of color on the bridge of the Finalizer and hearing a female stormtrooper on Starkiller in The Force Awakens was thrilling.  Equally thrilling has been the inclusion of characters like Ciena Ree, Thara Nyende, and Kendy Idele in books set during the Original Trilogy.  And then, of course, we have Grand Admiral Rae Sloane who has appeared in multiple Del Rey books and short stories and even the Kanan comic.  A woman of color who earned her high rank entirely on her own merits just wasn’t something we saw back in the Legends days.  (Honestly, who doesn’t love Sloane?)

Unfortunately, Rogue One and Rebels haven’t gotten the memo.  Rebels has done slightly better with the inclusion of an alien grand admiral and a female governor of Lothal in significant roles this season but they have been the very noticeable exceptions to the white male rule.  While Rebels can make the argument that their consistent use of white guy Imperials is a money thing, Rogue One can’t make that same claim since I strongly suspect that extras are paid the same regardless of gender and race.  I’ve also seen people say that the armed forces in Star Wars should match the armed forces in real life but, as you may be aware, Star Wars is not set in the real world and therefore the same rules don’t apply.  An argument could also be made that both are trying to match the Empire that we see in A New Hope but honestly, I’m just done with that line of dispute.  I’m done with all of them.  People will always come up with reasons why the status quo must be maintained but honestly? The fans doth protest too much, methinks.

Diversity everywhere is great but that’s part of the problem: it’s not everywhere yet.  One would hope that a franchise like Star Wars would be able to make something like this happen.  The diversity strides that the books have made are nothing short of praiseworthy but the downside of novels is that you can’t actually see what a character looks like.  Rae Sloane and Ciena Ree may mean a lot to a decent number of people but can you imagine what they’d mean to a far larger audience who could literally see themselves there?  The films (and to a less extent the television shows) will always have the largest reach and the biggest impact.  Make all the continuity arguments that you want but progress towards letting everyone see themselves represented on the screen is always worth it.

Star Wars has to follow the lead of its books and graphic novels and give fans diversity across the board.  To do anything else would be doing the franchise a disservice.  To quote John Jackson Miller one final time via A New Dawn, “Forget the old way.”  It’s the 21st century: let’s make sure all of Star Wars is here with us.

Bria LaVorgna is a geek who doesn’t remember a time when she didn’t love Star Wars and thrives on the nerdy life.You can find her on Twitter.