Feathers: Superhero in the making

By Sheena VanCott on February 8, 2019 in Books Comics Reviews

‘Feathers’ is the story of an 11-year-old boy… but wait… what are those?? Are those actual feathers??? Found in a back alley by his adopted Pop, Poe is taken into hiding, so as to protect him from the “Wallers” of the city. Outside of the city lies The Maze, where the outcasts and Mice reside, struggling to survive. Something or someone is lurking, taking all of the children from the Maze, and locking them away somewhere. 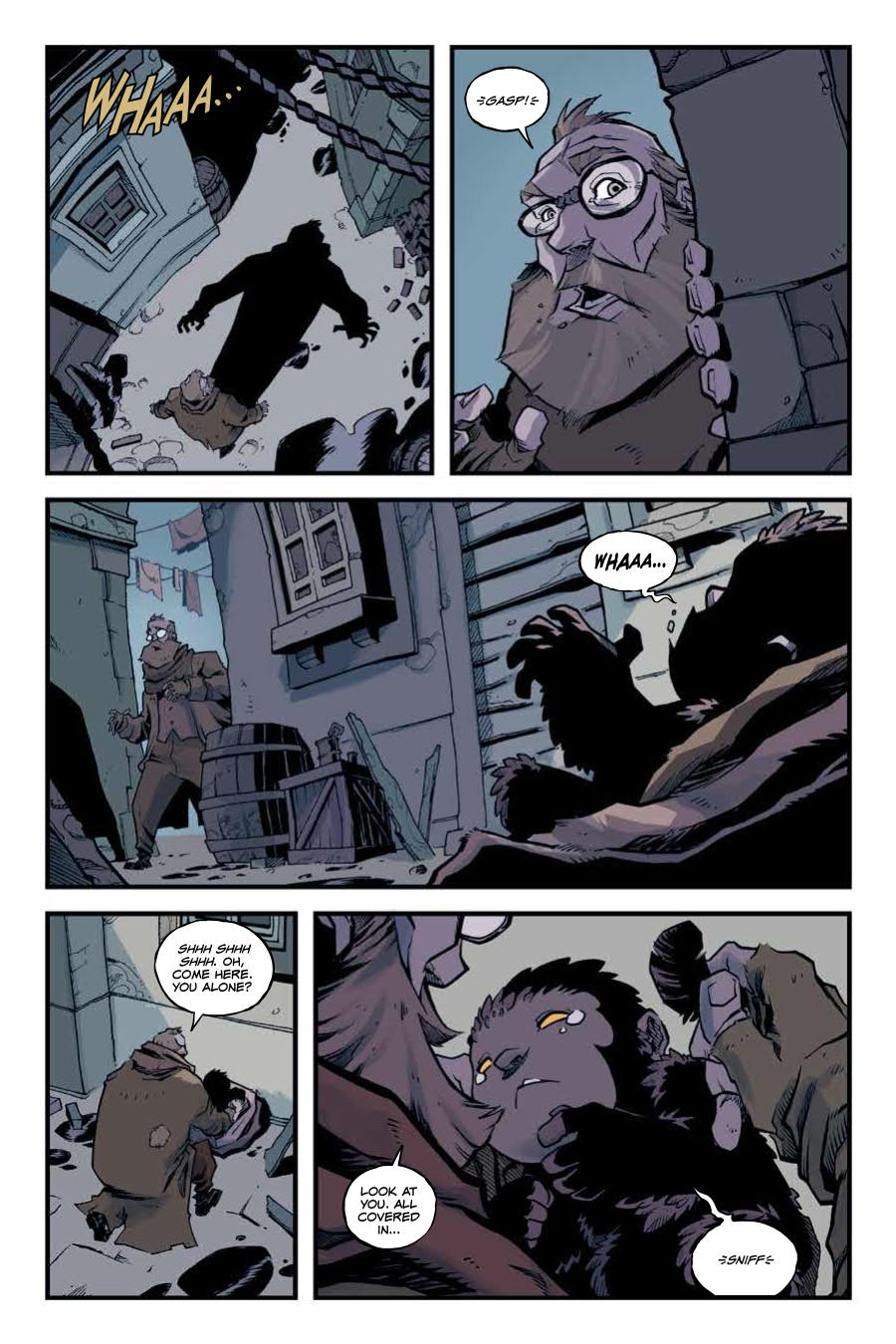 Bianca wants nothing more than to explore what’s outside the walls she is confined to, but her mother will not allow her to. She reminds her that she doesn’t belong with those “Maze Rats”.

This was the point where it started to feel like a Romeo and Juliet storyline to me. Where the two kids are forbidden to socialize. Now, granted, the two don’t even know the other exists yet, but this is the point in the story where I started to really get in to it.

Poe being from The Maze and Bianca being from inside the walls, are both raised with the idea that they don’t belong outside of their homestead.

Poe and Bianca form a friendship, even though it’s frowned upon. This was a story of coexistence between two people that weren’t meant to coexist. I binged through the six chapters within just a few hours. If you are into stories such as ‘Beauty and the Beast’, or even ‘Hellboy’, you will love this. This novel had me at the cover illustration. I was immediately curious to know what this little gem was about. 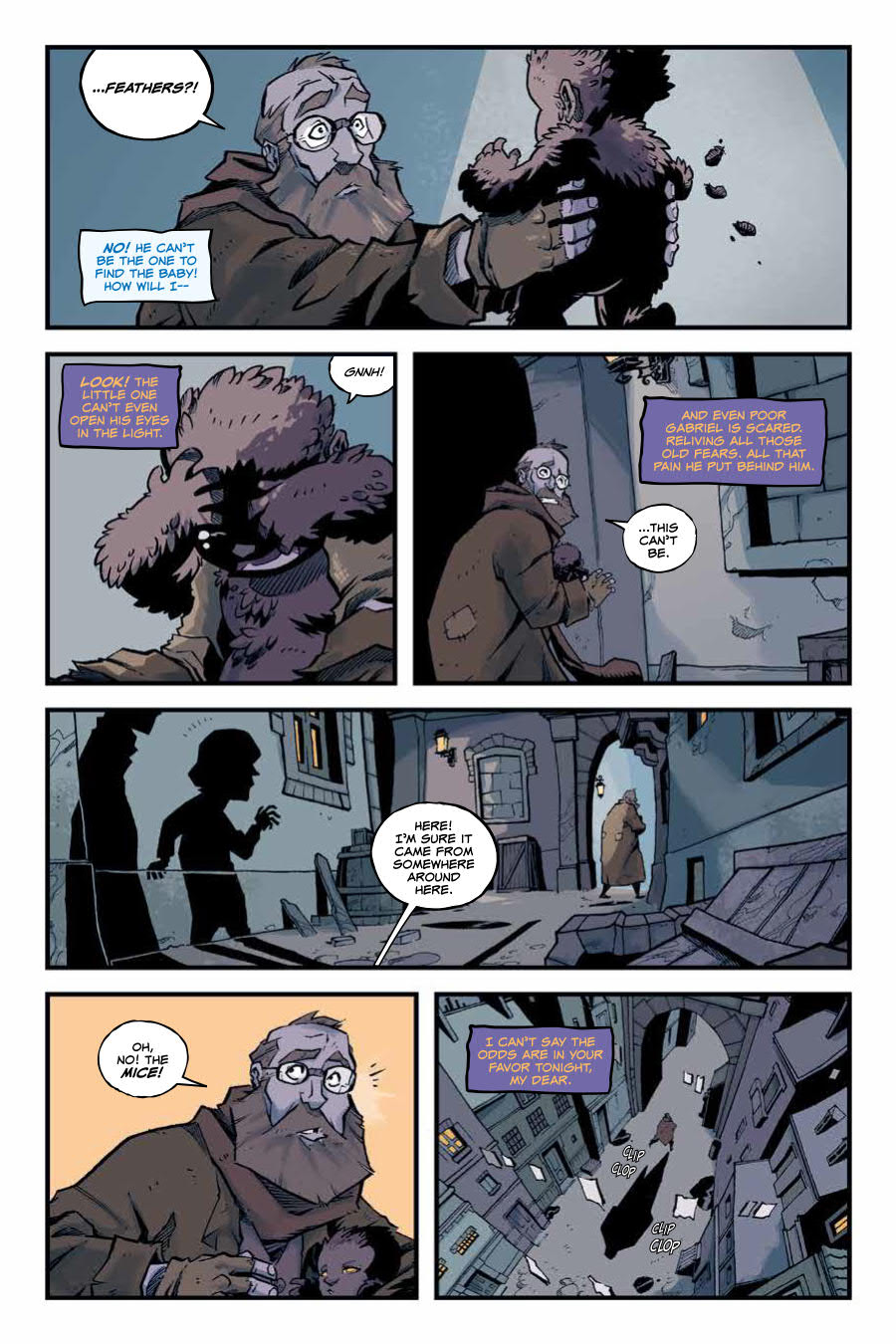 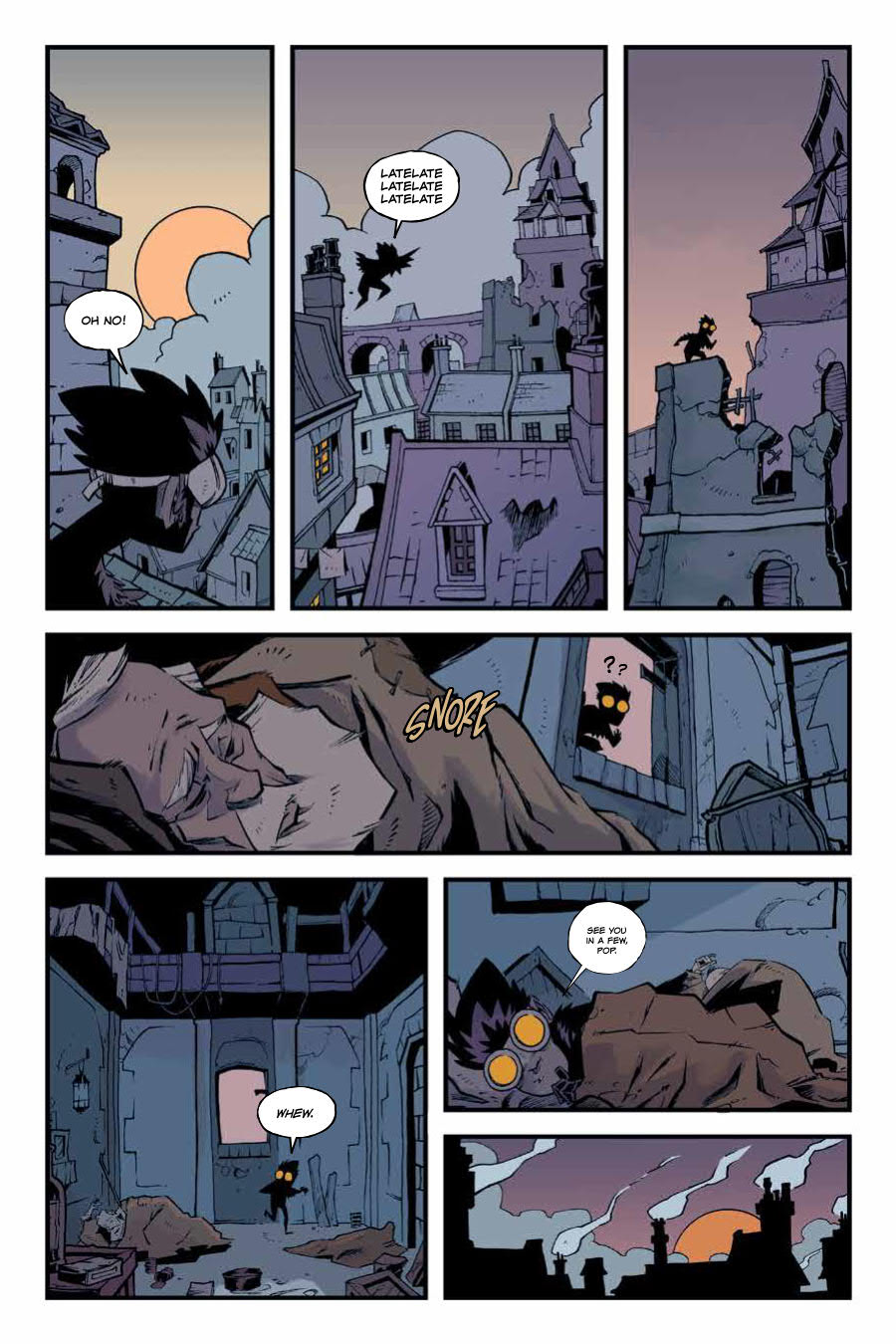 Poe likes to sneak out during the day, when his pop is asleep, so that he can go out and explore on his own while still hiding. People start to share rumors of a ghost haunting the alleys. That must be who is making all these kids disappear.

It turns out that there is much more to this story than meets the immediate eye. With how much I loved ‘Hellboy’, I am truly excited to read more on the adventures of Poe and Bianca, to see what they have to deal with next. It would be really cool to watch them grow up together. Maybe even one day fall in love.

They are from two different worlds. But that doesn’t mean that they didn’t meet for a reason.

I personally am very interested to know more with two specific characters that seem to be talking above the storyline. Almost narrating what is happening in the story as it’s occurring. We don’t get to see exactly who these characters are, or really get to know much about what their endgame is. Why are they watching over Poe? Stay tuned, as I hope to find out for you!