‘Made in Abyss: Journey’s Dawn’ review

Made in Abyss: Journey’s Dawn is a bit of an oddity to review, especially when compilation films tend to not be part of the box office norm in the west. Journey’s Dawn is a compilation or recap of the 2017 anime series Made in Abyss, the season is 13 episodes in length and the first 8 are covered in the film. There isn’t a whole lot of cleaning up of footage since the series is so recent and little new is added, instead Journey’s Dawn cuts out some of the fluff and delivers a streamlined experience into the world of the Abyss.

The world of Made in Abyss revolves around a giant hole found on the planet’s surface and the lifestyle that has been cultivated around the idea of finding the bottom of the Abyss. Generations of explorers have done their best to enter the Abyss and document their findings but with increasingly dangerous monsters, depth related illnesses, and human limitations.

Riko, a 12-year-old orphan girl, lives in the town of Orth that surrounds the Abyss and while on a mission to recover Abyss relics is attacked by a monster and is saved by a beam of energy. Reg, a robotic boy with a metal helmet and arms, is the source of the beam, but is found unconscious and amnesiac by Riko. The pair quickly become friends and decide to leave the orphanage to explore the Abyss after a letter from Riko’s mother is returned to the surface, telling Riko that she is waiting for her in the depths. 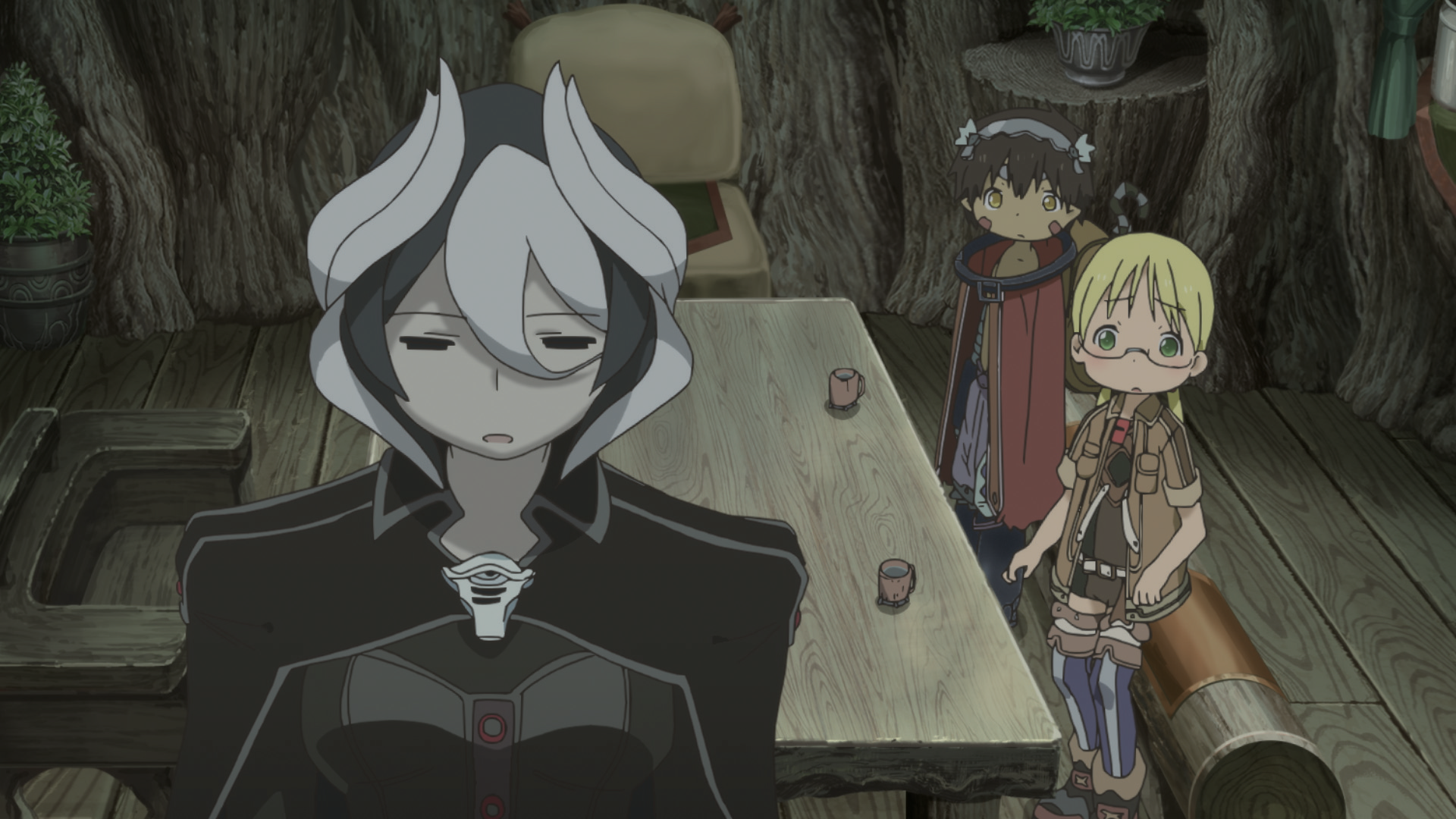 The story has a brisk pace as the kids become friends, enter the Abyss, reach the second layer within, and even find a base camp that houses an old acquaintance of Riko’s mother. Quite a bit of time is given to exploring the world outside of the Abyss and the world within is given only slightly less attention as Riko and Reg dive deeper until they reach the camp. Thematically it makes sense as the segments of the film that take place in the hometown of Orth and the Camp tend to instill a sense of stability as the characters learn and acclimate to the world, but the interesting ecosystem and landscape of the Abyss is only glanced at and it takes away from the sense of adventure and intrigue that is better done with a slower pace as seen in the television broadcast version.

Visually, the film is well done, considering that the animation and colors on display were originally created for a television and internet broadcast and while watching the film I never thought that it wasn’t good enough for the silver screen. In fact the scope and settings feel at home in a film. The action sequences have an excellent sense of tension that flow well without the broadcast version’s commercial or episode breaks, even with the speedy pace inside the Abyss.

The colors of the Abyss are vibrant and can even be overwhelming, with its jungles as one of the more impressive set pieces between the vibrant greens of the foliage and the sharp colors of the beasts that dwell within it like the white and red-accented Corpse-Weeper and the Crimson Splitjaw.

The designs of the characters can be a little misleading with their big heads and rounded features that are present on the children and even most adults, as the show revels in the kids’ sense of wonder and exploration only to reveal bits of sexual blossoming, dark hidden agendas, and the secrets that adults tend to withhold from our protagonists. This visual style really shines in the few instances that the children are met with violence and blood as the visual juxtaposition really drives the sense of danger that surrounds them. 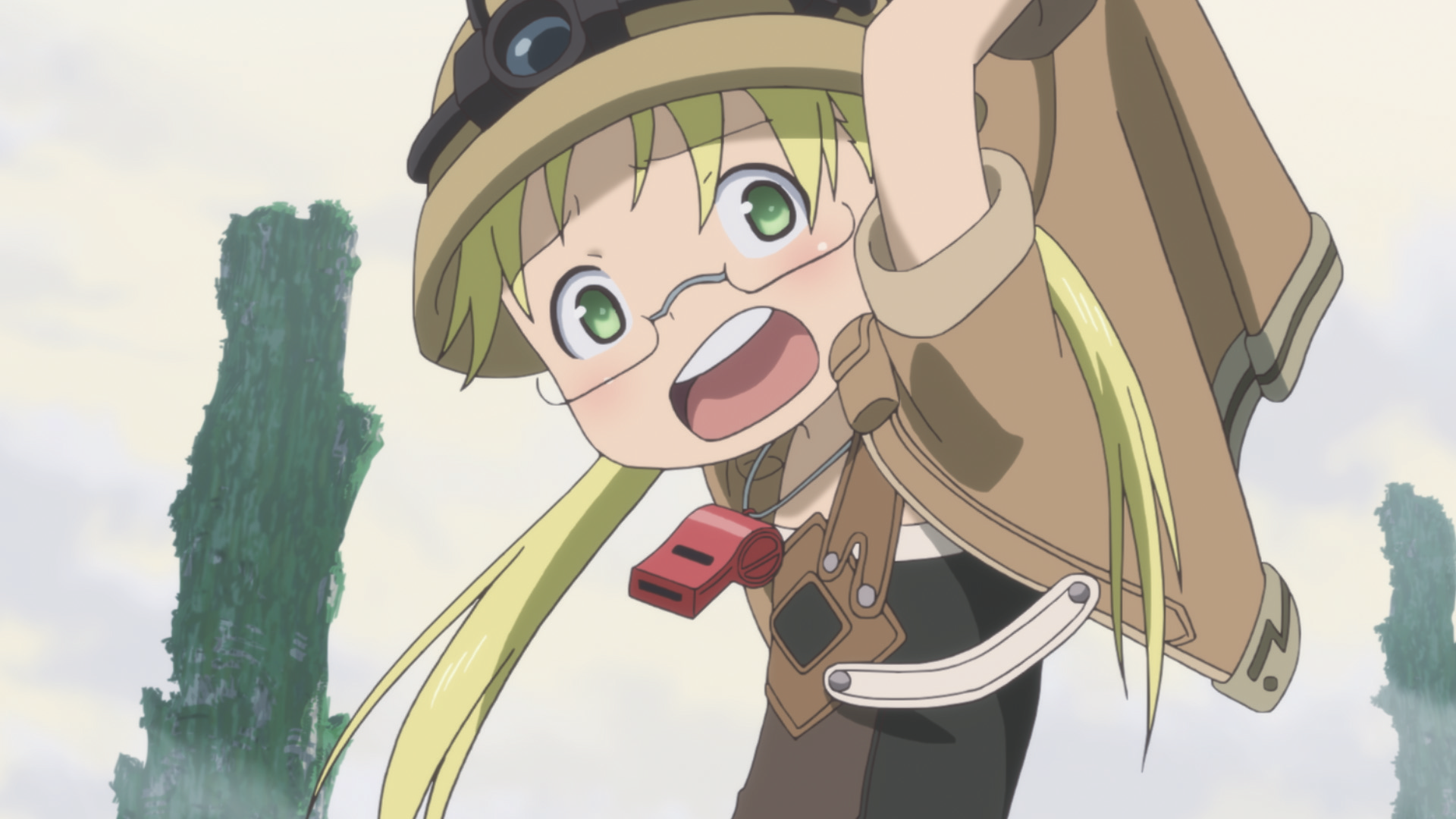 To praise the film is to also praise the very excellent television series that it condenses and brings to the larger screen. As an introduction, the film may leave viewers immediately wanting more and watching the show will give them just that, albeit with a slower pace than that seen in Journey’s Dawn. If viewers become big fans and find themselves at a loss for content, they should seek out the ongoing manga by Akihito Tsukushi.

Made in Abyss: Journey’s Dawn is worth a trip to the theaters to see the spectacle of the Abyss and its beautiful animation and while the film ends at a clean and fairly satisfying point in the story, even if it decides to get to that point quicker than expected, it also sets up a continuation that can be followed directly by the remaining episodes of the first season or by the following compilation film, Made in Abyss: Wandering Twilight which currently does not have a set release date in the US.

The film has already premiered in Los Angeles on March 15, but there is a wider theater release for March 20 and 25 with tickets available at www.madeinabyssmovies.com.