You Should be Playing ‘Legend of Zelda: Breath of the Wild’

March 3rd, 2017; 8:00 AM, PST: I roll out of bed and run down the stairs like a child on Christmas. The mail will be here any minute, and I want to make sure I’m up before it arrives. Today is the release of the long awaited Legend of Zelda: Breath of the Wild, and it’s the most excited I’ve been about an incoming Zelda game since Christmas of 1998 when my 12-year-old self eagerly ripped open a copy of Ocarina of Time.

I’ve always had Zelda games in my life. I’m the same age as the North American release of the original Legend of Zelda for the Nintendo Entertainment System, and it has been my favourite game as long as I can remember. Incredibly, Breath of the Wild has both met and far exceeded my wildest expectations. It’s an amazing experience and at just 15 hours into the game I know I have at least 50 more hours of exploration, puzzles, and adventure before I get to what might be the main ending. It’s not a perfect game, of course, but it’s going to be tough to beat for Game of the Year.

The Legend of Zelda: Breath of the Wild is fun, inspiring, and brings its classic traditions of unguided exploration, empowering adventure, and thoughtful puzzles into the modern gaming space. I give it a resounding 4.8 out of 5.

The gameplay: There is SO MUCH to dive into in this newly expanded version of Hyrule. The team clearly invested a ton of development time into making systems that would define how you would experience the world and feel like you were on a grand adventure. Even the horseback riding had a designer exclusively devoted to its creation for over four years of development, and it shows! Galloping across Hyrule feels really good and fighting enemies from horseback is incredibly satisfying. Running, jumping, combat, horseback riding, rock climbing, shield-boarding, paragliding, and all the other systems feel adventurous, fun, and do an excellent job of making you feel like the Hero. Even cooking is enjoyable, and I am shocked that the cute little jingle that plays while you whip up a feast STILL hasn’t gotten annoying to me yet (“HM HMM HM HM HMMMM”)! Also, you can slip into the options menu and turn off the motion controls for things like shooting arrows. Sorry Nintendo, but I am suuuuuper thankful for this. 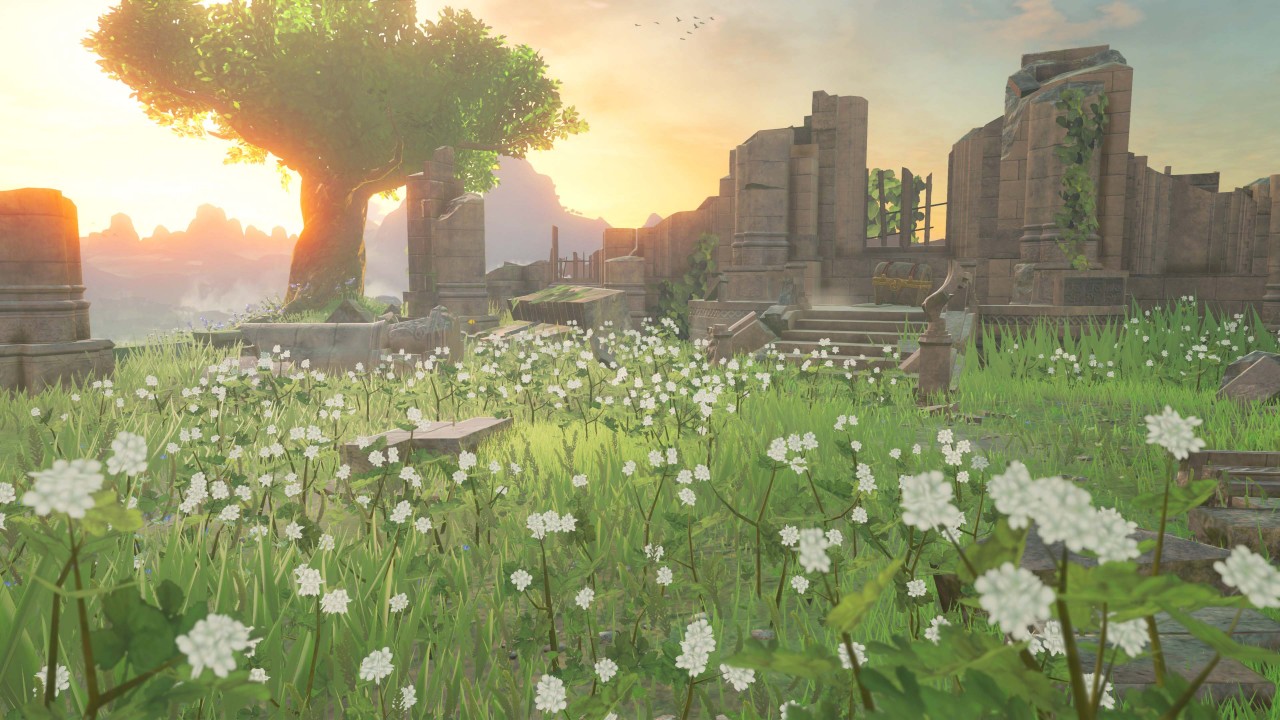 The nitpicks: Unfortunately, the breadth of mechanics included and the fact that you just can’t make everything perfect while you make a game does mean there are some slight issues that more experienced gamers and developers will spot. Summarized, they go like this: 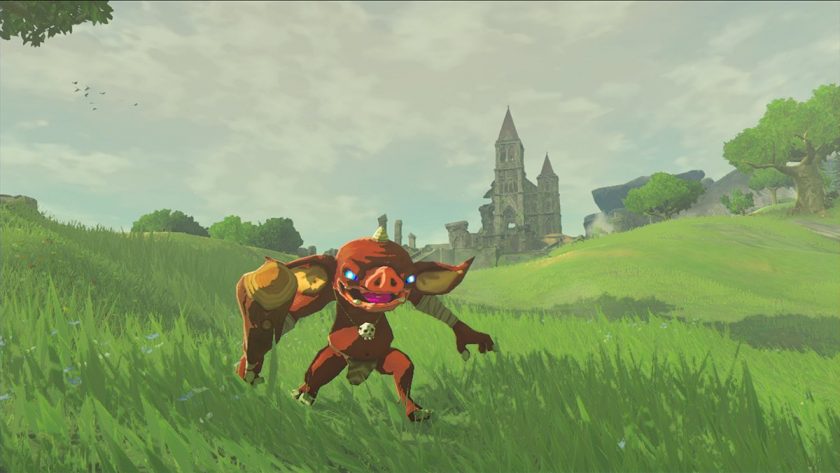 The world: is big, bold, beautiful and full of the kinds of characters Zelda fans have grown to love. Whimsical forest spirits, a maraca-wielding-anthropomorphic broccoli, colourful bird-bards, elegant fish-folk, and others populate the landscape and make meeting NPCs a delight. Sidequests, secrets, and treasures can be found almost everywhere and even the most experienced Zelda players will find themselves with no shortage of fun things to do. Sometimes the environments are so tightly packed with content I find myself spinning about just to double check that I didn’t miss anything. Backtracking to explore a previously treaded area feels rewarding rather than cumbersome, thanks in part to the many ways you can travel. Fast travel, in particular, is an incredibly helpful addition that was implemented in such a way that it doesn’t cheapen the other exploration methods at your disposal. 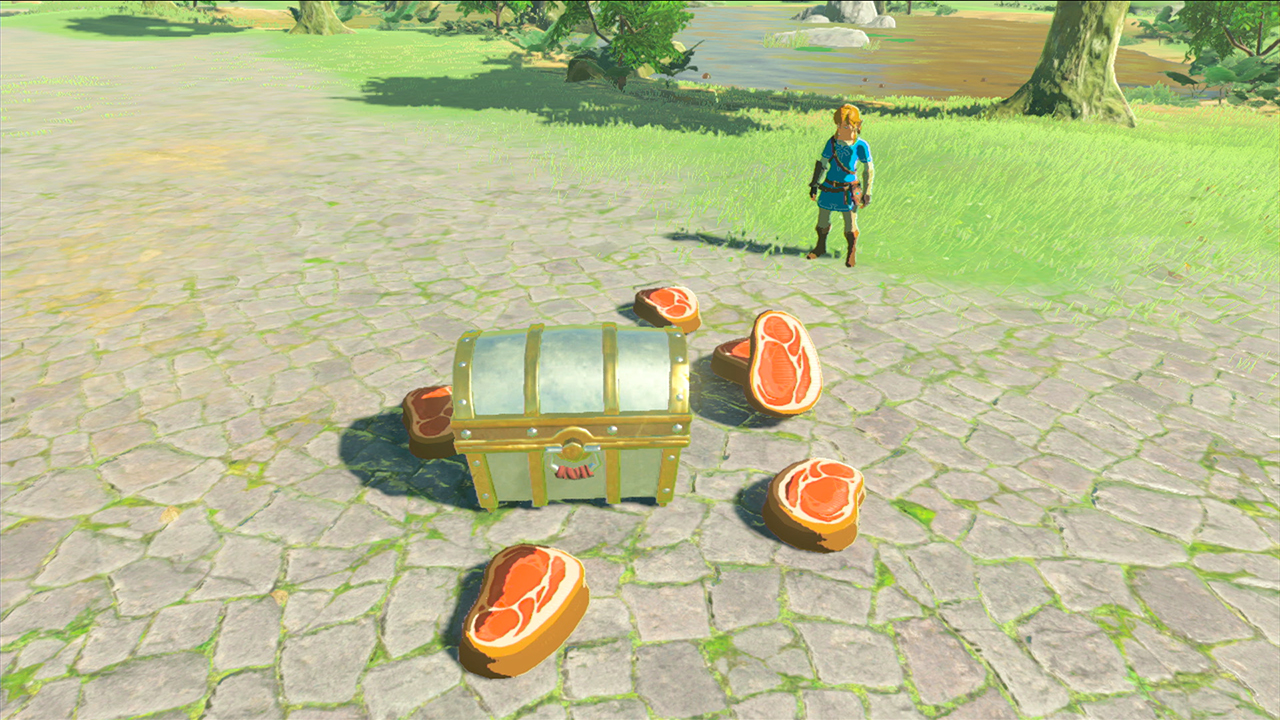 In summary: If you love Zelda, RPGs, or just want a new adventure game in your life, you should be playing Legend of Zelda: Breath of the Wild. I so desperately want to write an article about the more spoiler-filled, rewarding aspects of this game, but I’ll leave that for a much later date when the game has been out long enough to afford everyone the chance to really dig in. Whatever you do, just don’t look anything up about this game. Give yourself the gift of unguided exploration and don’t be afraid to make some mistakes and take some Link-deaths in the process. This is the kind of game that deserves your unspoiled and undivided attention and you’ll thank me when you can’t put the controller down for hours on end. The Legend of Zelda: Breath of the Wild is fun, inspiring, and brings its classic traditions of unguided exploration, empowering adventure, and thoughtful puzzles into the modern gaming space. I give it a resounding 4.8 out of 5. 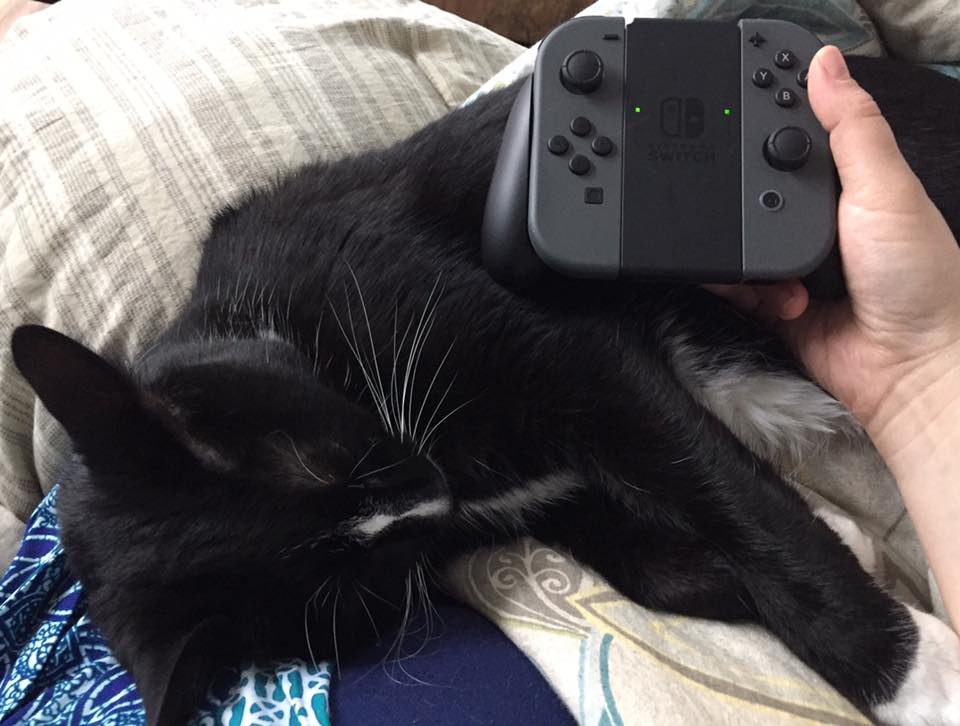