By Alex Springer on March 20, 2016 in Reviews Television 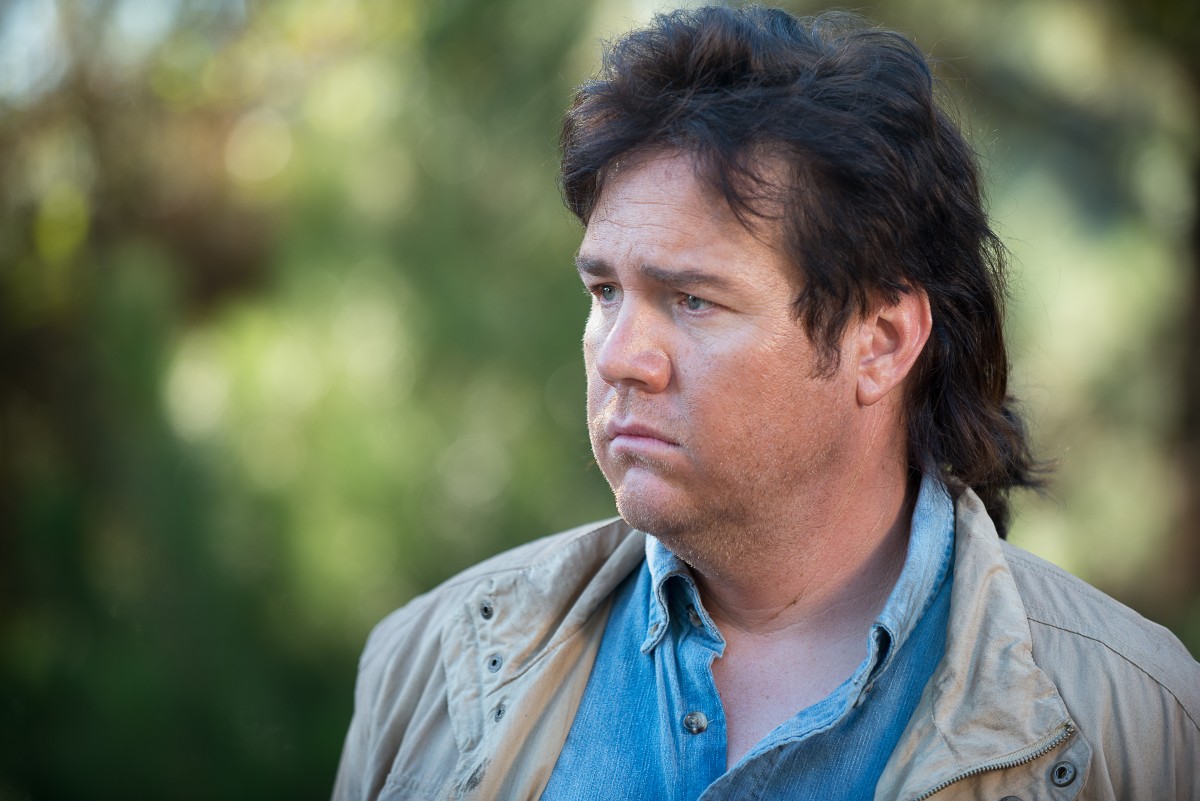 Every season of TWD thus far has thrown an “eye of the storm” episode our way right before things get dicey in a season finale. Based on the first three quarters of tonight’s episode, I thought that’s what we were getting.

I was totally wrong.

By and large, tonight’s episode revolved around Eugene (Josh McDermitt) and Denise (Meritt Wever)—two characters that don’t seem to fit in with the Daryls and Michonnes of the zombie apocalypse. Even though their teammates seem to enjoy reminding them of this reality, both of these characters have demonstrated that they’re just as adept at survival as anyone else—they’re just not confident enough to see it. Even though he was full of crap, Eugene managed to find two of the baddest asses to protect him, and Denise forced herself to be a doctor under extreme duress. They wouldn’t be my first pick to take on a trip to take down a Savior compound, but let’s just be clear: Tonight’s episode wasn’t about these two becoming survivors, it was about them realizing that they were survivors all along.

It took Eugene a bit longer than Denise to have his moment of self-realization. We’ve seen sporadic scenes that show him taking more of an interest in combat training, and he’s offered up some very proactive solutions to big picture problems (sorghum, anyone?). Tonight, he takes Abraham (Michael Cudlitz) to an abandoned factory in the hopes that he can convert the place into a bullet manufacturing plant. In some of the best dialogue that I’ve heard on the show thus far, Eugene breaks up with Abraham, telling him that his “services are no longer required.” What I love about TWD is that these big character milestones often happen because of a zombie-related conflict—in this case, it was a zombie that had molten metal harden on its skull, thus preventing the usual “death from above” method of attack. Abraham emasculates Eugene by dispatching the zombie himself, which becomes the catalyst for their calling it quits. It’s a fantastic scene—both actors have developed a very fraternal chemistry and they played this scene out perfectly.

In a similar subplot, Denise asks Daryl (Norman Reedus) and Rosita (Christian Serratos) to accompany her on a salvage run to an apothecary that might still be packed with medicine. Yes, it’s a bit of a cop out to have both characters embark on essentially the same journey, but the chemistry among Denise, Daryl and Rosita is different and interesting enough to make me forget about that. All three of them are like lost junkyard puppies who have found kindred spirits in one another, and that was fun to watch. It was even more fun to watch Denise launch into a spiel about how big of a deal it was for her to kill a zombie on her own—even though it was only for a six pack of soda. Know what wasn’t fun to watch? The freaking arrow that burst through her eyeball just as her speech was getting good.

Back in episode six of this season, you might remember Daryl’s encounter with three survivors that ended up with them stealing his crossbow. That arrow that killed poor Denise? Yeah, it was from Daryl’s crossbow, now wielded by the dude from episode six (Austin Amelio). As it turns out, the show has turned him into Dwight, a canon character from the comics who wears Negan’s wrath in the form of a nasty facial burn. Serious props go to Eugene who delivers one of the most painful diversions that I’ve ever seen. Let’s just say Dwight’s nether region will never be the same. It’s another well-choreographed gunfight scene—Abraham arrives in time to create enough surprise for Daryl and Rosita to start blowing folks away. Eventually, this Negan guy has to realize that, since his people keep getting brutally murdered when they encounter the Alexandrians, it might be time to leave them alone…right?

My biggest issue with tonight’s episode was the further exploration of that schism between those who can handle this savage world and those who can’t. I figured that after the Alexandrians took up arms and slaughtered that herd of zombies, we’d be able to see them as capable humans that can take care of themselves. But the original team still has this superiority complex that really needs to start going away.

Also, the episode ends with a short voice over from Carol (Melissa McBride) who has left a note explaining that she can’t stick around anymore because she’s suddenly grown a conscience. This felt a little weird to me—almost like the writers couldn’t think of a better reason for Daryl to zip off on his own next week. Carol was conniving and manipulating her way out of a dire situation last week, so to have her suddenly become stricken with guilt about all of the blood she’s spilled seems lopsided somehow. Why not just go hang out with Morgan (Lennie James) and learn the ways of the peaceful warrior?

Other than that, I really enjoyed the range of emotions that this episode inflicted on me, and honestly, can we get more scenes with Abraham and Eugene? Those two were amazing tonight.

Only two more episodes until we get some Negan terror! I can’t wait!