So you want to save the planet from extra-terrestrial life?

A recent news story is circulating alleging that NASA is currently hiring someone to protect the Earth from outside invasion. The language used within each individual story varies but the overwhelming notion is the same, NASA will pay you more than $100,000 per year to protect Earth from ETs. If this conjures images of Men in Black or orbital turrets in your mind, you’re not alone. Here are just a few of the headlines you may have seen over the last couple of days:

Many of the headlines came complete with photos of Will Smith holding up a neuralyzer or the ships from Independence Day. It makes for a great headline and it isn’t untrue, in the strictest definitions, but the way this is being reported is wildly misleading. The reality is, NASA is not looking for the next Mulder and Scully and you won’t be shipped to Battle School. So, let’s get the facts. The truth is, after all, out there.

In 1958 the National Academy of Sciences passed a resolution that states, in part,

“The National Academy of Sciences of the United States of America urges that scientists plan lunar and planetary studies with great care and deep concern so that initial operations do not compromise and make impossible forever after critical scientific experiments.”

The recommendations of the NAS were ratified in 1967 in the form of the United Nations Outer Space Treaty which states, in article IX,

“Parties to the Treaty shall pursue studies of outer space, including the Moon and other celestial bodies, and conduct exploration of them so as to avoid their harmful contamination and also adverse changes in the environment of the Earth resulting from the introduction of extraterrestrial matter and, where necessary, shall adopt appropriate measures for this purpose…”

Breaking that down into ordinary language it means essentially that the search for life outside of Earth is one of the primary goals of space exploration and we want to avoid contamination that would prevent our being able to confirm any such life. Likewise, we want to avoid the contamination of Earth’s ecosystem from any outside source.

This was of special interest because of the Apollo missions occurring at the time and the intention of returning specimens from the Moon to Earth at the conclusion of Apollo 11 just two years later. As part of the United States’ commitment to the treaty, the office of Planetary Quarantine Officer was created. That office was modified to that of Planetary Protection Officer in 1986 and has been a part of all spacefaring missions since its inception. 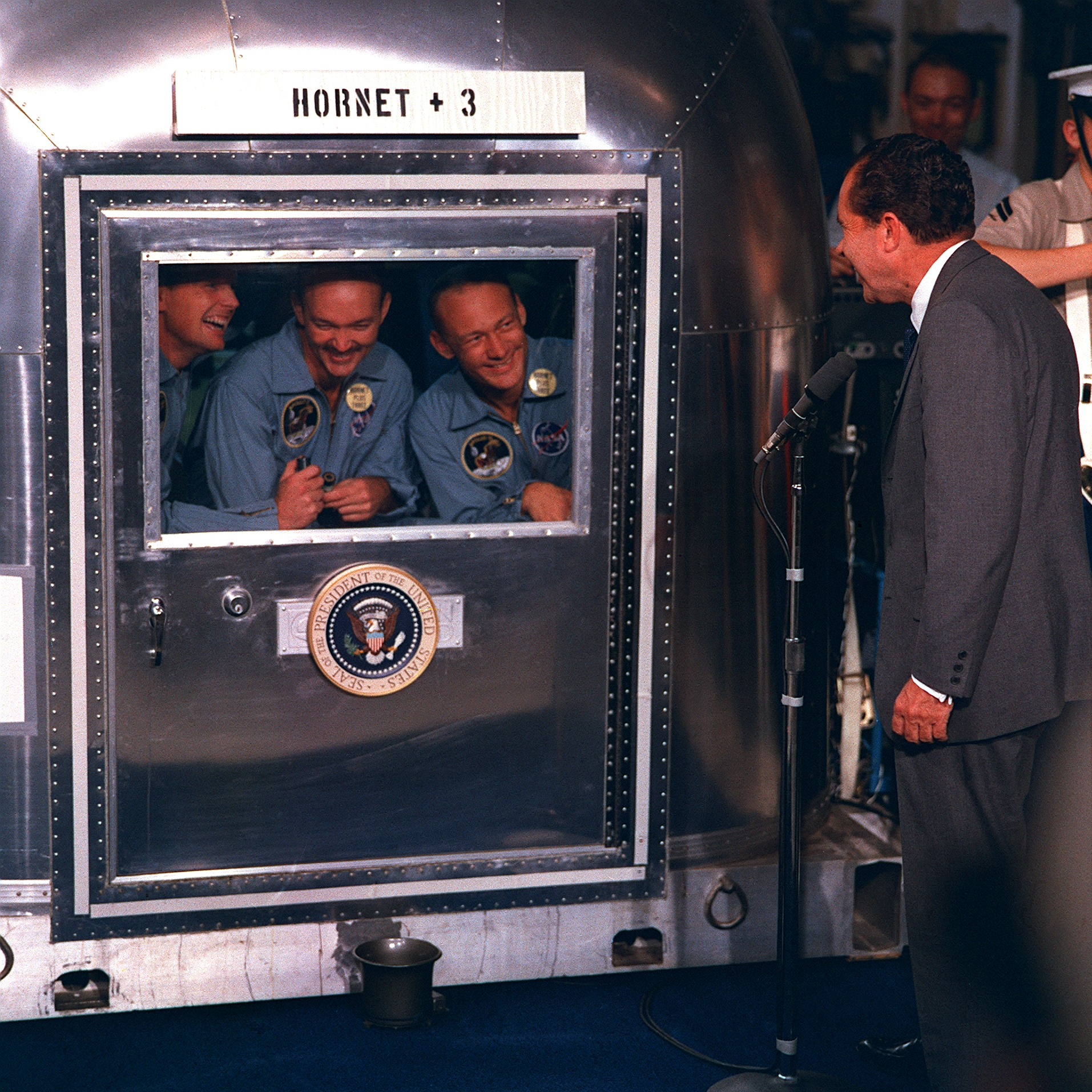 Neil Armstrong, Michael Collins, and Buzz Aldrin remained in quarantine for more than two weeks after returning from the Moon.

There has been renewed interest in recent years with the discovery of sub-surface liquid water on Mars as well as the proposal to send probes to Europa, an icy moon orbiting Jupiter that is suspected to have a global liquid ocean beneath the surface.

When the discovery of liquid water on Mars was confirmed, many people asked why we didn’t simply send one of our Mars rovers to look and see what it might find. The answer is the risk of Forward Contamination. There are myriad tiny organisms that can and have survived the journey through our atmosphere and are capable of surviving long term in space. The question of whether such organisms are alive on our rovers isn’t a question at all, they are. If we were to drive, say, Curiosity to a liquid water site and start digging, those organisms would be introduced to that water source where they might propagate. From that moment on, if we did discover microscopic life on Mars, we would never be able to tell with any certainty that it originated there and wasn’t the result of Earth contamination. Moreover, it might have an untold impact on any ecosystem that already exists there.

This is, by and large, what the Planetary Protection Office is responsible for. From the job posting:

“NASA maintains policies for planetary protection applicable to all space flight missions that may intentionally or unintentionally carry Earth organisms and organic constituents to the planets or other solar system bodies, and any mission employing spacecraft, which are intended to return to Earth and its biosphere with samples from extraterrestrial targets of exploration.”

NASA utilizes the Coleman-Sagan equation to assess risk of forward contamination. It’s a complex set of variables that identifies the risk to any native ecosystem from the introduction of Earth bio-mass and helps to identify the protocols needed to minimize that risk.

The fact is that our space programs have returned very few celestial specimens to Earth since the end of the Apollo program, the Stardust probe being one notable example. Until such time as missions are designed that would return materials or until such time as manned missions to other celestial bodies are resumed, the responsibility of protecting Earth from outside contamination is negligible. The primary responsibility of the Planetary Protection Officer is not in protecting Earth from ETs but protecting any potential ETs from us.

If you’re interested in applying for the position and have the necessary qualifications, you can hang up your Jaeger and pick up a lab coat. Participating in the greatest endeavor of humanity, pushing the boundaries of the final frontier, is glamorous enough without being dishonest about what we’re doing.