It used to be that when one or more of your organs failed, you died. No second chances, no do overs. Thanks to organ transplants that’s no longer the case for many people. If a heart, lung, kidney, or other organ isn’t working properly, we can take it out and replace it with another to restore function.

While organ transplantation is a relatively new process in medical science (the first successful organ transplants were completed in the 1950s) it’s now standard procedure in hospitals all over the world, so much so that 2017 was a record breaking year.More than 34,000 transplants were completed in the United States alone, according to data coming from the United Network for Organ Sharing.

UNOS credits an increase in the number of donors and improvements in our ability to recover and utilize organs that would have previously been discarded, among other factors. While this is a win for the tens of thousands of patients who are helped by the receipt of new organs, the demand far outweighs the supply. UNOS reports more than 116,000 patients currently on waiting lists for new organs, according to data through August 6, 2018. Then there’s the problem of rejection, the body’s natural response to fight off foreign tissues, and the need for immunosuppressant drugs. 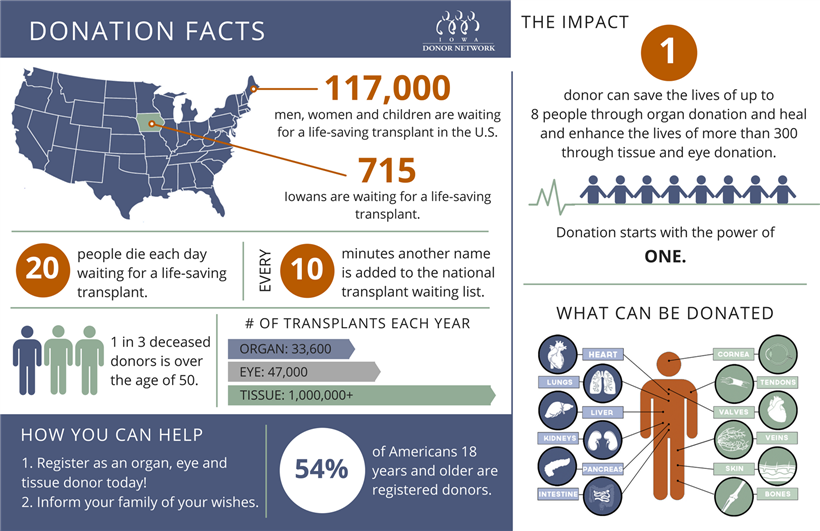 There’s no overstating the incredible strides that have been made by medical science in the pursuit to preserve life and improve its quality. But if we ever hope to get ahead of the curve, organ transplantation needs a dramatic paradigm shift and it might be getting one right now.

A team at the University of Texas Medical Branch at Galveston have been working for years to bioengineer organs. If successful, this could go a long way toward addressing a shortage of needed organs and has the potential to completely eliminate rejection of the transplanted tissues.

In 2014 Joan Nichols and Joaquin Cortiella successfully bioengineered a human lung in a laboratory setting. Scientists have been growing tissues in labs for decades but couldn’t figure out how to get them into the right shape and structure. While a petri dish full of lung tissue is useful for research, it doesn’t do much good when it comes to actually breathing. In a manner of speaking, scientists had the recipe for growing a lung and the oven was preheated, but they lacked a cake pan to give it the proper shape and structure.

The trouble with making a lung from scratch is all the fine details. Scientists still can’t build the protein structure (cake pan) needed for complex organs but they can refurbish existing ones. This protein structure acts like a skeleton upon which cells can grow and proliferate, making a functioning organ. Using a mixture of sugar and detergent, the cells can be removed from an existing organ, leaving only the protein scaffolding behind.

With scaffold in hand, it can then be seeded with cells from the intended recipient. The seeded protein structure is then placed into a bioreactor, a vessel specially designed for culture cells, for a month to grow. The cells take to the scaffold and proliferate in the same way they do inside a petri dish, only now they know where they should go.

One month later, Nichols and Cortiella had a shiny new lung at the ready, grown from a patient’s own tissues. The 2014 lung was not transplanted, the process is not yet ready for use in humans, but it was a successful proof of concept.

Recently,the team used the same process to grow pig lungs in the lab and this time they did transplant them. To start, one lung was removed from each of the study animals and cell samples were taken. These were the cells used to later seed the replacement. Using the bioreactor and growth factor-loaded microparticles, the new lung was grown, then transplanted into the recipients.

Once implanted, the body takes over. “The bioengineered lungs continued to develop post-transplant without any infusions of growth factors, the body provided all of the building blocks that the new lungs needed.” As early as two weeks after transplant there was clear evidence the lungs had integrated with the study animals’ circulatory systems and there was no evidence of rejection. Additionally, the bioengineered lungs were being colonized by bacterial communities native to the animal. By all accounts, the new organ became a part of the body without any discernible problems.

The study animals were euthanized post-transplant at ten hours, two weeks, one month, and two months. Post-mortem necropsy revealed healthy tissues. The main focus of the study was to determine how well bioengineered tissues can integrate within the body. As such, the team did not determine how well the new lungs provided oxygen to the body. 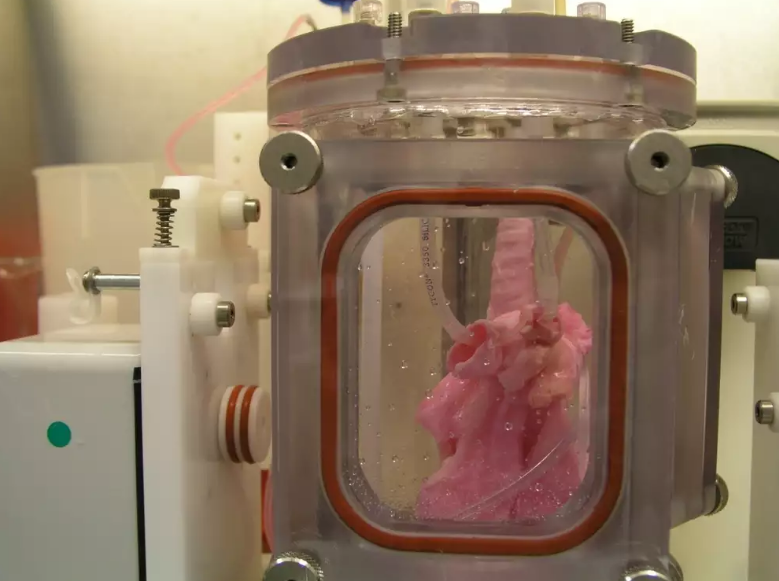 The current process requires an existing organ from a donor, living or deceased, in order to retrieve the needed protein scaffold. Other research teams are investigating the possibility ofbuilding organ protein structures from the ground up utilizing 3D bio-printing. If this could be accomplished, organs could truly be manufactured on demand, made to fit the intended recipient, and grown from their very own cells.

Nichols hopes, with proper funding, more research can be completed to determine the full utility of this process and believes bioengineered lungs could be transplanted into human patients in as little as five or ten years.

With any luck, funding, and the collected efforts of some of humanity’s greatest minds, the sacrifice of a few pigs might keep transplant patients huffing and puffing for years to come.