Computers4Kids is a non-profit organization founded by Meredith Richards and Sarah McConnell. Their mission is to bridge the gap for youth who do not have access to home computers. It wasn’t too long ago that having a computer was a luxury and, while still considered a luxury item, it’s all but a necessity in today’s world.

Surveys conducted in 1998 indicated a gap among students that correlated strongly with those students enrolled in the free and reduced lunch programs at their schools. This isn’t exactly surprising, computers are expensive and though they are highly useful and increasingly mandatory possessions, they’ll always lose the fight with paying the rent.

A decade later, the housing market crashed and the economy along with it. Computers have become more advanced and in many instances, more expensive. According to the United States Census Bureau’s 2014 data, only 78.1% of U.S. households have a desktop or laptop.

Computers4Kids works with businesses, residents, and organizations to acquire donated new or used computers and get them into the hands of students in need. In 2000, C4K began running summer computer classes to teach students how to build and maintain the machines they were getting. Since its inception, C4K has trained more than 1400 kids and selects approximately ten new kids every month for their program.

Last year an employee for C4K discovered that the kid he was working with, Jamar, was interested in fighting games. Part of C4K’s mission is to teach these kids how to construct their own machines, it was with that in mind that they reached out to Focus Attack, a retailer that specializes in custom arcade parts.

This conversation was started late last year when one of the mentors found out his mentee was interested fighting games and building an arcade stick. The already knowledgeable young man had a rough idea of what he would need, but lacked the resources to get the hardware ordered and assembled.  Focus Attack stepped in and provided the hardware and technical support to Jamar and his mentor to get the stick completed (pictured below). 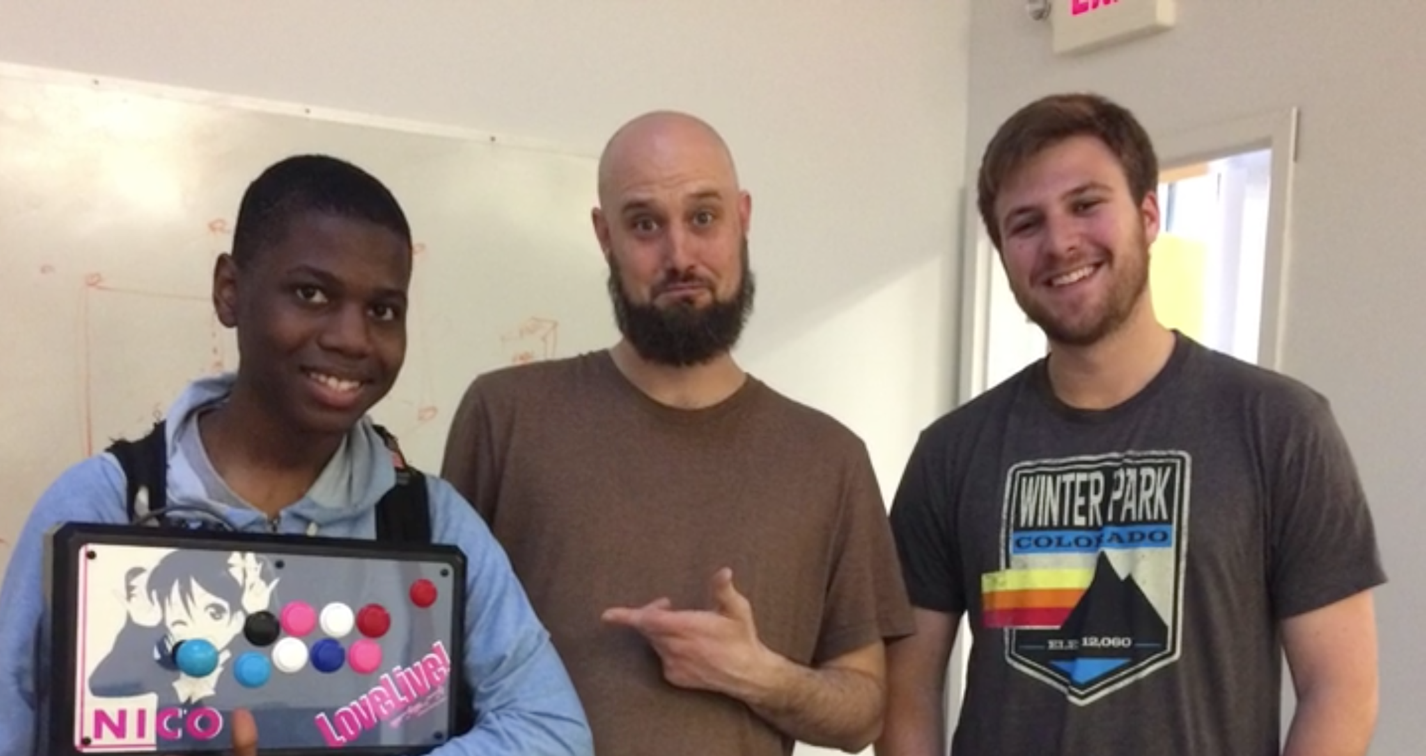 “Doug Minard of Computers4Kids originally contacted us to confirm a list of parts that his mentee – Jamar – chose to design his Fight Stick. We received the IST MAKEStick Pro Fight Stick case at an opportune time. Upon learning of the cause, and his additional need for an enclosure, I thought it worthwhile to donate everything to help Jamar build from the ground up.”

Computer technology is here to stay and will only become increasingly important in our daily lives. We are in need of educated and passionate kids to grown and become the technology leaders of tomorrow. It’s nice to know that there are people out there fighting to give them the resources they need.