If there were only two forces competing for dominance in my childhood, an argument could be made that those forces were “Star Wars” and “Nintendo.” I had other interests, sure, but these seemed to be two of the most important. When those worlds mixed, I was in heaven. The “Super Star Wars” games were some of my favorites. The “Shadows of the Empire” game for the N64 was the only part of that transmedia experiment that I truly loved.

But one of the more curious intersections that played an important part in my childhood was the appearance of “Star Wars” in “Nintendo Power” magazine.

“Nintendo Power” was a staple in my house. My brothers and I had a subscription for years. We were fascinated by every facet of the magazine. I used the folder and highlighters that came with a subscription one year for school. I about died when I saw it appear as a futuristic folder on an episode of “Star Trek.”

So you can imagine my morbid fascination when I found that the Internet Archive began posting old issues of the magazine on the site for you to virtually flip through. Before they pulled all the content down, I found some gems I thought I’d share with you. The celebrity interviews were particularly great. (The one with Michael “CJ Worf” Dorn is great. Wil Wheaton is classic Wheaton, right down to the Kings references. My favorite was Macaulay Culkin of all people being quoted as saying “It’s fun to be a celebrity, I really can’t think of any drawbacks!”).

But as I trawled through the magazines I found a bevy of “Star Wars” material that made me dizzy with nostalgia.

First was the poster from the magazine. I had this hanging up on my bedroom wall for years.

This was during the dark times and getting your hands on a poster with anything related to “Star Wars” on it was no easy feat.

And then there was this contest for the release of the NES game. I entered. You better believe I entered the contest. Obviously I didn’t win, but I’d be fascinated to talk to someone who did. I mean, I’ve since been able to tour ILM at the Presidio, but to have done it at 12 years old would have been like getting to compete on Double Dare or something. I tried to convince my parents to buy me tickets for the Los Angeles screening, but it was a no go, just like the screenings in ’87. It would be another five years or so before I’d be able to see the films on the big screen. But this gave me hope that it would happen one day. 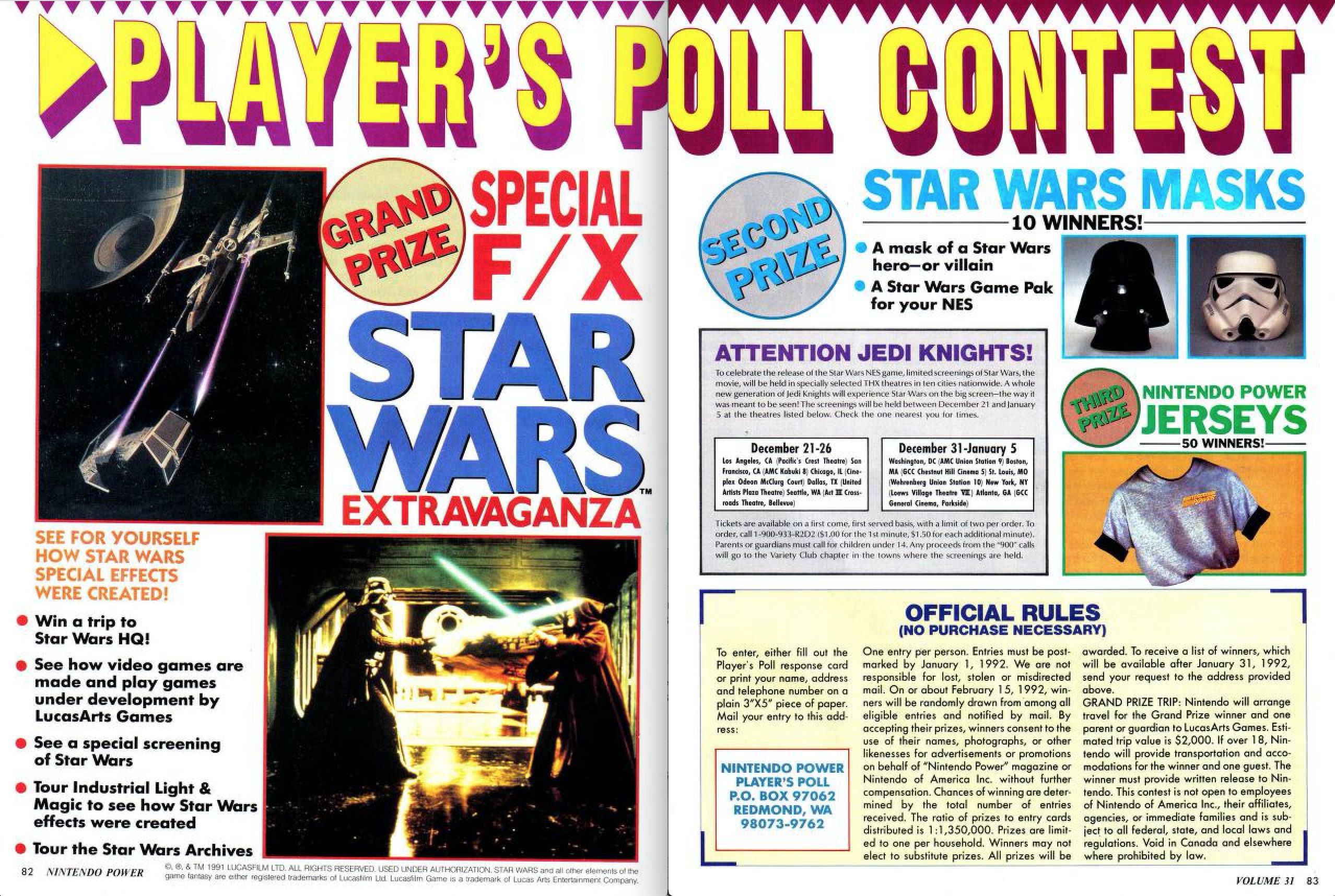 In the meantime, all I had, aside from all the books I collected, were looks inside Lucasfilm and their gaming division like this: 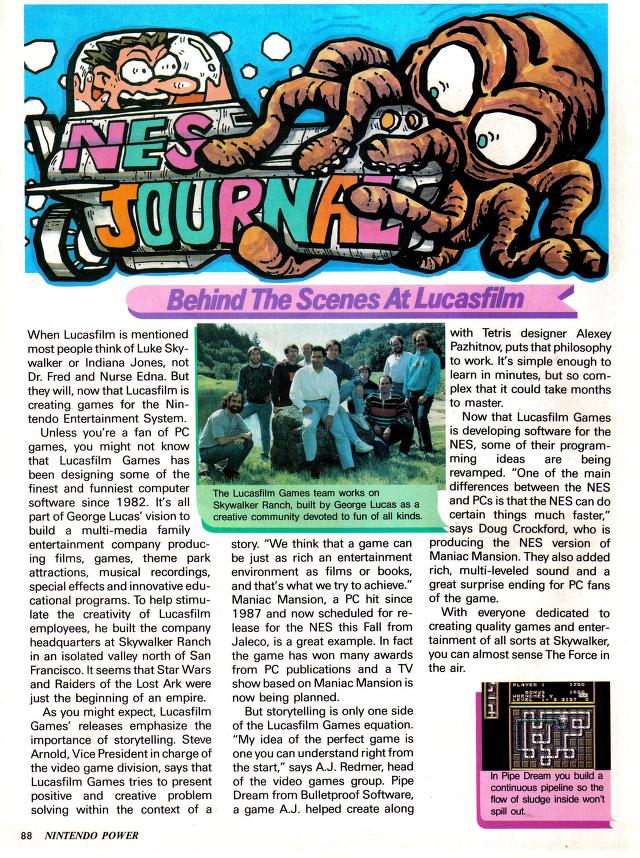 But then, “Nintendo Power” would print looks at games like this peek at “Super Empire Strikes Back,” which I contended then (and still contend now) is one of the greatest side-scrolling games of all time. 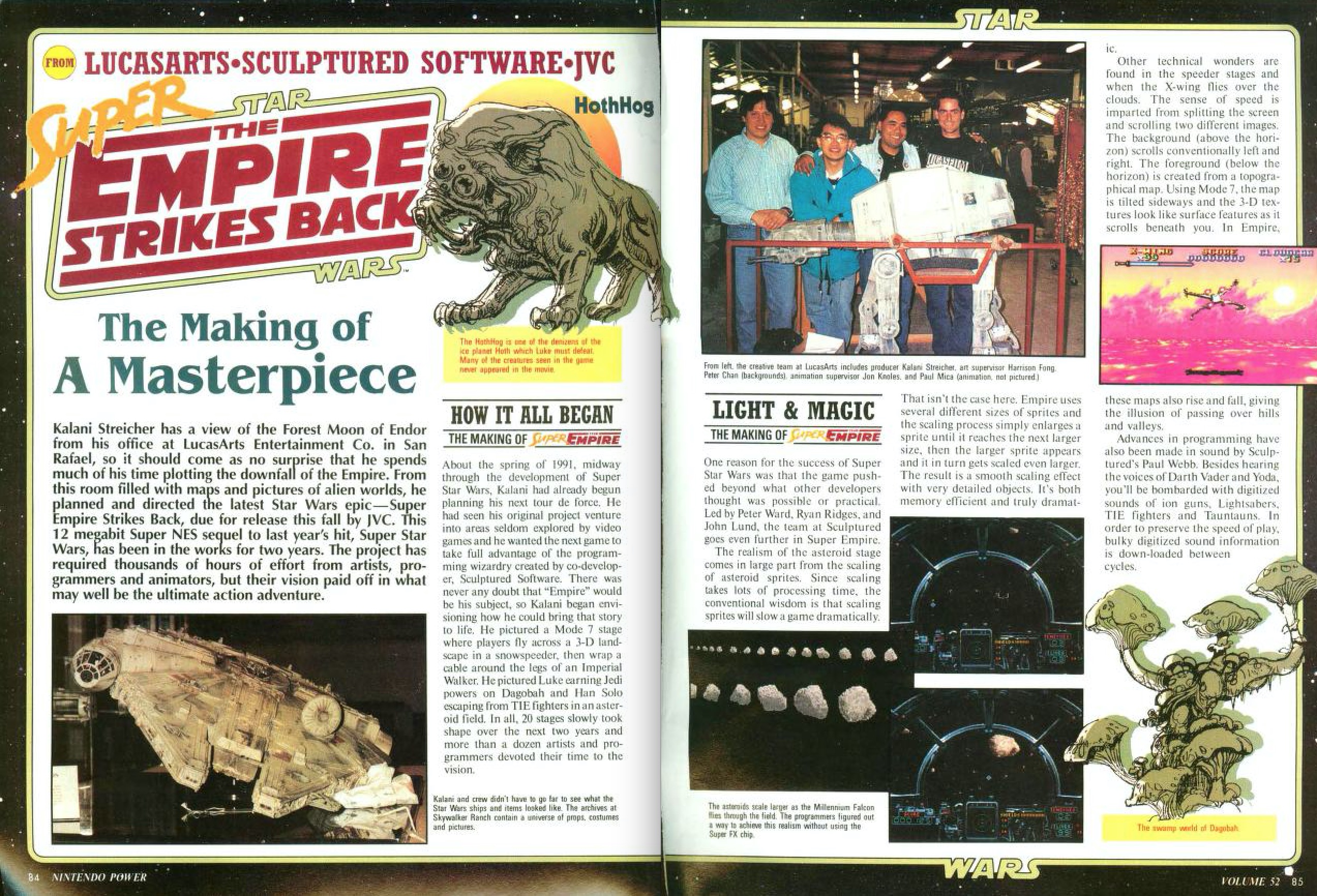 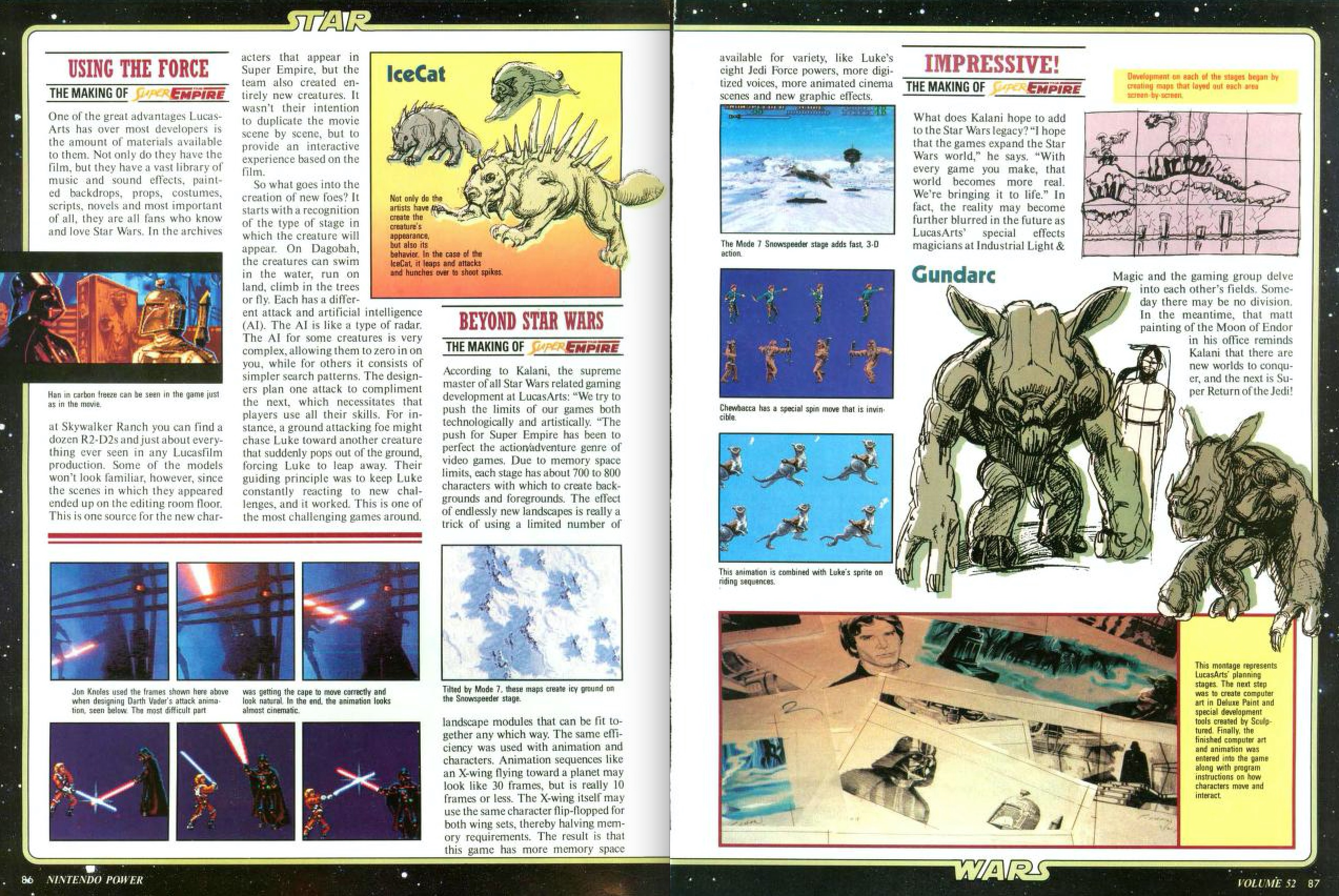 It makes me wonder if the concept art and sketches from this era of the gaming is as well preserved as the work done on the movies themselves. I can’t imagine the work on the games now is ever thrown out, especially if you have the likes of Doug Chiang doing it.

Seriously, though. These early “Gundarcs” don’t look ALL that different from what we ended up with.

I hope Nintendo and the Internet Archive can work something out to keep these magazines online somewhere. Going through them recently was some of the most fun I’ve had in ages. It’s fascinating to see how far we’ve come in fan journalism over the decades and how we interact with the world of video games, “Star Wars,” and even print magazines.