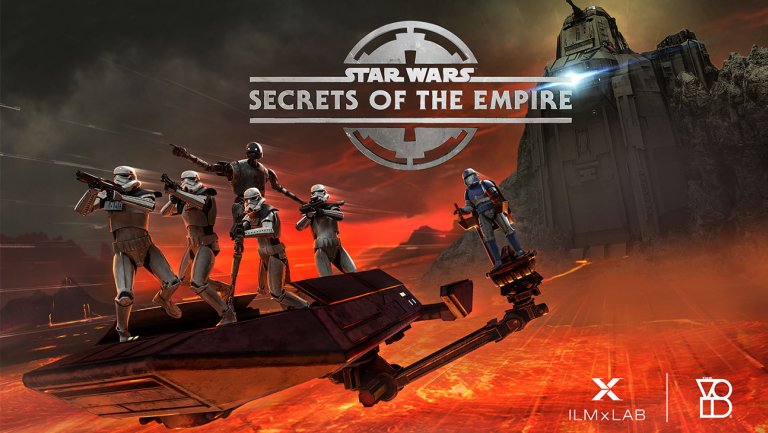 As soon as I heard about THE VOID Star Wars: Secrets of the Empire, I wanted to experience it for myself. Set shortly before the events of Rogue One, the game bills itself as “a full-sensory immersive experience” which sounds like just about the coolest thing ever. With a limited release at the end of 2017 and beginning of 2018, I had to wait for an opportunity near me. After a few months of waiting, my friend Melody and I headed to the Toronto location of THE VOID to get our game on.

Upon arrival, Melody and I were greeted as “rebels” and shown into the briefing room. As a lifelong Empire loyalist, it was odd being constantly called a “rebel,” but I can’t deny that it was exciting. Everyone who plays this game is a rebel with a very special assignment and neither the game staff nor the setting allow you to forget it.

We received our mission by way of a transmission from Cassian Andor: to learn the contents of a canister in the hands of the Empire. Cassian had it all planned out: we were to disguise ourselves as Stormtroopers, head to the enemy facility on Mustafar and uncover the secret. The transmission was cut short by an Imperial attack on Cassian’s ship, so it was time to suit up. 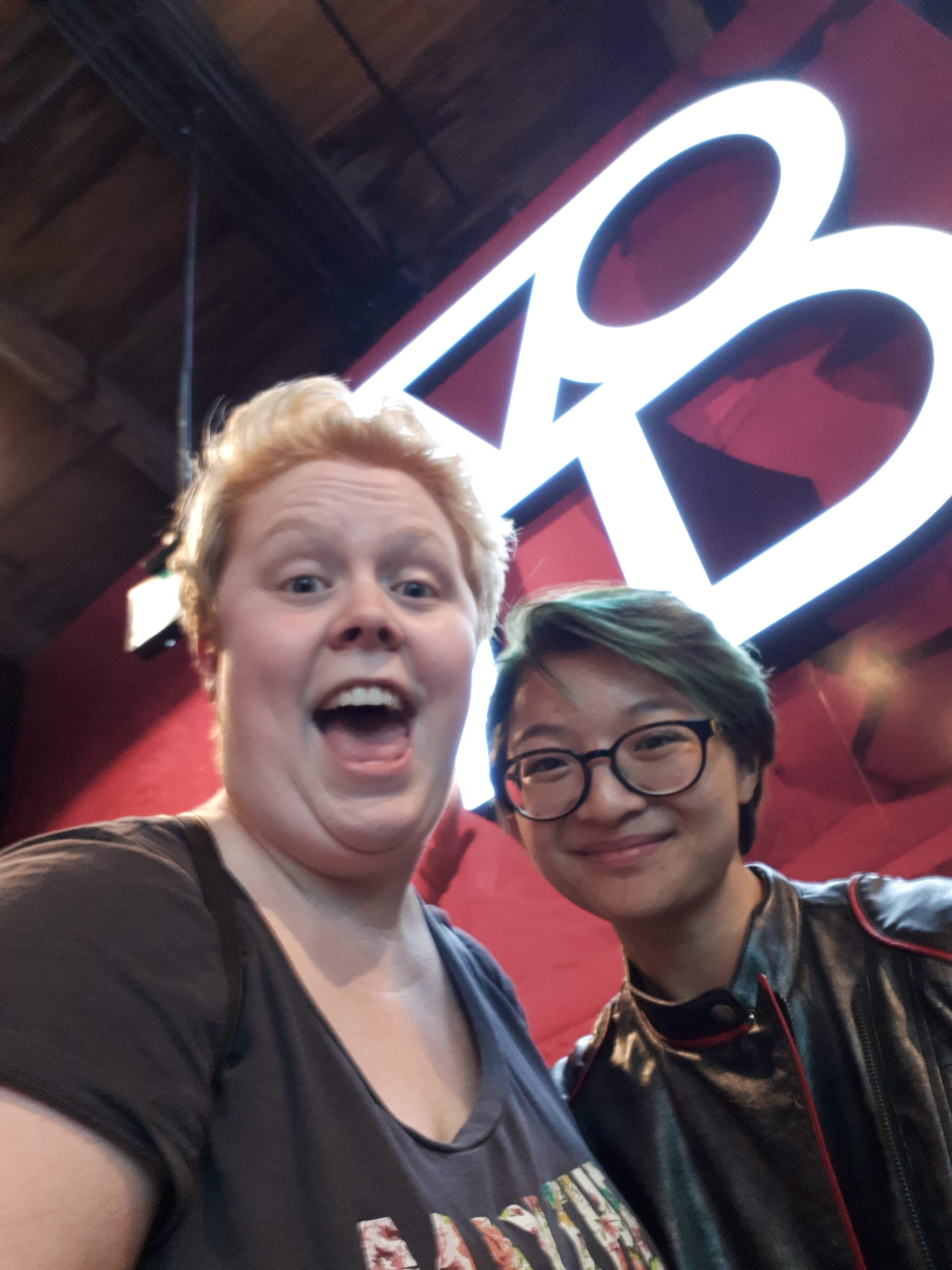 We couldn’t take pictures from inside the game space but we had a blast!

The VR experience requires a vest (similar to the kind that laser tag players wear) and a helmet. I was able to wear the helmet comfortably on top of my glasses—good news for bespectacled fans. As we got ready, our vests were hooked to suspensions that bore most of their weight. I expected the weight of the gear to be a distracting but it wasn’t as heavy as I expected and once I got inside the starting area, I didn’t feel its weight at all because I was absolutely blown away by the sensory effects.

I looked down at my hand and saw a gloved and armored Stormtrooper hand. I looked at my Melody and saw a fellow Stormtrooper. Whenever either of us spoke, the other could hear it through their helmet. I looked like a rebel in disguise as a Stormtrooper and in that moment, I felt like one too. It was, for lack of a more accurate phrase, absolutely mega cool. The VR provided a 360-degree view; above me was the ceiling and the metal interior of our shuttle holding. Beneath my feet, I saw the meticulously detailed grates of the floor.

The graphics were great and it was fun trying to figure out which parts of the environment were interactive. For example, where there was an open door visible in the game, we could walk through a corresponding real door from whichever room we were in. When we picked up our blasters, they were physical blasters that we held and operated. Other structures, such as parts of the ship interior, did not have real-world counterparts and my hand passed through them as though I was a video game character.

These incredible visuals combined with the hot air I felt when we landed on Mustafar and the motion that mimics going up in an elevator and the movement of people and objects in a space shuttle, brought us into the world of Star Wars.

Watch the trailer for Star Wars: Secrets of the Empire.

My favorite aspects of the game were the character integration and the responsiveness of the environment. K-2SO accompanied us on the mission and he talked to us throughout, sometimes commenting on the threats appearing before us, but more often to sass us for taking too long or for not meeting his standards of competence. And there was no shortage of snark as it took us several attempts to solve the game’s puzzles. The puzzles are not overly complex, but we found even the simplest task to be a challenge when there are enemies shooting at you while you’re trying to complete it.

Through the VR, I was able to make an impact on the environment and this detail made an already great experience fantastic. In the game, our actions had an impact. Ironically, I noticed it most when I aimed at enemy Stormtroopers and missed: the missed shot left a burn on the surface it landed on. And when I hit my target, I could follow my shot through and see the bolt hit the target. When Stormtroopers successfully hit me, my vest vibrated and glowed orange, as though their blaster bolts had damaged my armor.

The sight of monsters advancing towards us and the sounds of the destruction they left in their wake impressed upon us a sense of urgency and danger: shoot that creature now before it comes any closer! And of course, there were monsters to fight because no Star Wars experience would be complete without weird and wonderful alien species.

I was also impressed with the storytelling, which I hadn’t expected from a game where the main activity is shooting things. Over the course of roughly 15 minutes, the plot develops and I found myself emotionally invested in the success of the mission. At the height of the action, a particular Star Wars character makes an appearance and deals lasting damage to the Rebellion. I won’t spoil the details but it was a moment that made me turn to Melody and say “I feel bad because maybe if I had better aim, that wouldn’t have happened,” despite knowing that these events are pre-programmed into the game regardless of how well a player does.

Given that the development of the game’s story involved the Lucasfilm Story Group and they said that the game is canon, the events that unfold are sure to have implications for the rest of the Galaxy and I can’t wait to find out more.

Overall, I was completely blown away by the experience. It lives up to its claim of being “a truly immersive hyper-reality experience,” and I would recommend it to every Star Wars fan who has always wanted to be part of the action. The game accommodates up to four players at a time, and I would suggest that you bring four people so you don’t feel overwhelmed by enemies and tasks at the same time.