Mind the Gap: Paddington and the Politics of Politeness

In the opening moments of Paul King’s Paddington, we are introduced to Montgomery Clyde. Clyde is an explorer, the first to ever chart a course through the jungles of darkest Peru. During his travels, he discovers an undocumented species of bear. Clyde bonds with the bears, finding them to be vastly intelligent creatures. He helps teach them more English, tells them stories of London, introduces them to marmalade, and names them Lucy and Pastuzo.

Years later, it is the overt kindness of Montgomery Clyde that inspired Aunt Lucy to send the nephew she and Pastuzo raised together to London when tragedy strikes their home. She encourages her young nephew, telling him; 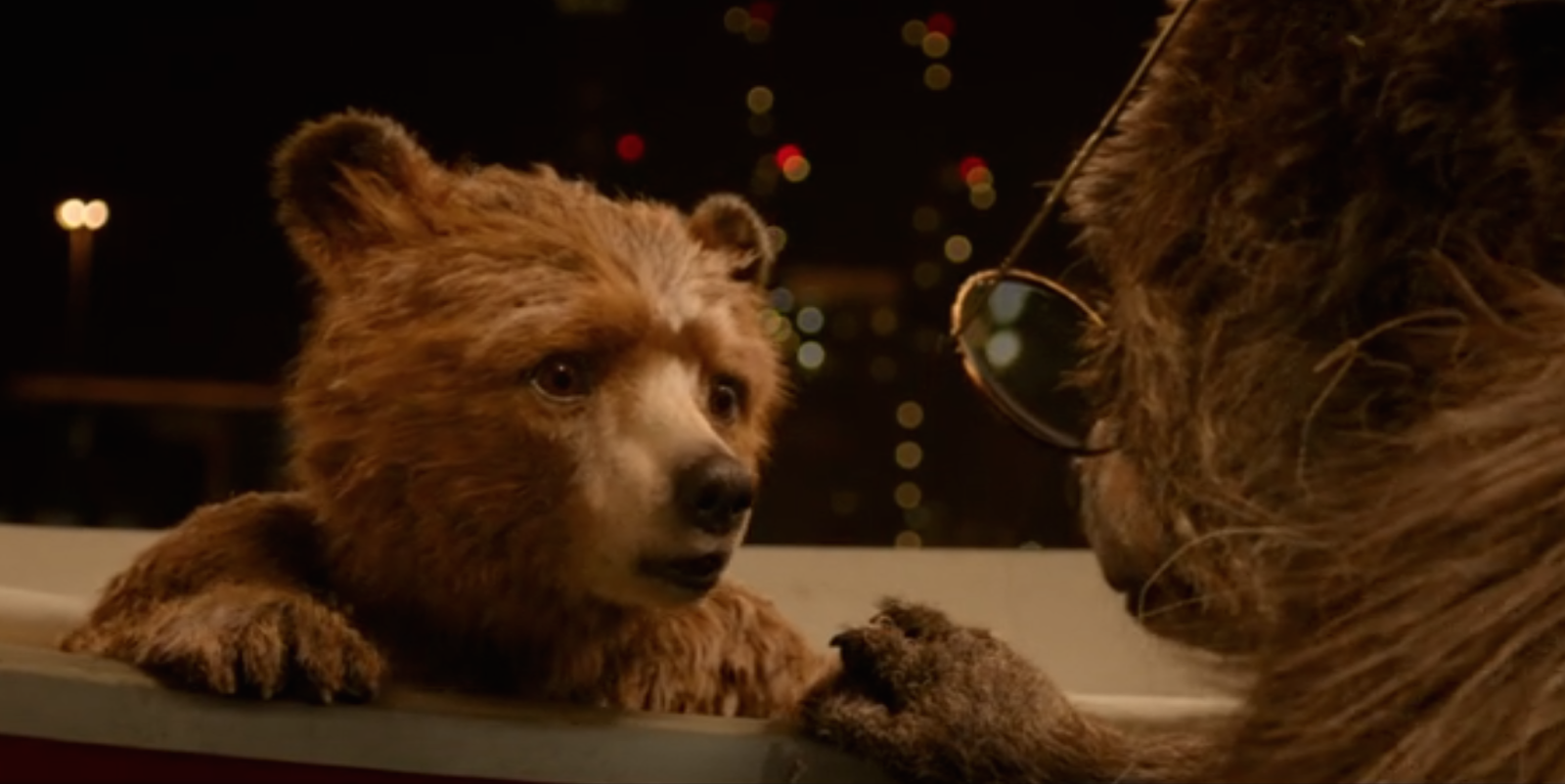 “There was once a war in the explorer’s country. People in England sent their children by train with labels around their necks, so they could be taken care of by complete strangers in the countryside where it was safe. They will not have forgotten how to treat strangers.”

This is the film drawing direct parallels to the character’s inception. The very first Paddington book, A Bear Called Paddington, was published in October of 1958. Just over a decade after the events of WWII, author Michael Bond wrote Paddington after being inspired by newsreel footage from his youth, in which he remembered seeing trainloads of child evacuees leaving London during WWII, with labels around their necks.

The film runs full-speed into this analogy, depicting Paddington as a refugee seeking shelter after his home is destroyed. But in the process of doing so, Paul King’s film also takes a hard look at the distinct differences between the London Michael Bond knew in 1958 and the one audiences know today. For when the young bear arrives at Paddington station, no one even cares enough to read the label around his neck.

Instead, he is lost in a sea of strangers, a reality that could not be more different from the one Aunt Lucy had promised him. Hours pass and the day wears well into the night, to no avail. And yet, the young bear never once seems upset or disappointed. Rather, his optimism perseveres, as he tries his best to look as presentable as possible to every passerby who won’t even afford him a second glance. Eventually, the Brown family passes by. And at first, even they actively avoid the young bear. But upon a second glance, Mrs. Brown walks over to him and reads the label around his neck.

This results in the Browns cautiously taking him in. They name the young bear Paddington and give him shelter, but even the generous Mrs. Brown is quick to correct him when he thanks them for giving him a home. He is a guest in their house and nothing more.

Between these interactions and King’s distinct visual motifs, it becomes apparent that this is not the London of old. In a particularly brilliant shot, Paddington is lost among the masses at the station, as the camera soars upward looking down at him. In this aerial shot, at the top left and bottom right of the frame, are the words along the station floor; mind the gap. 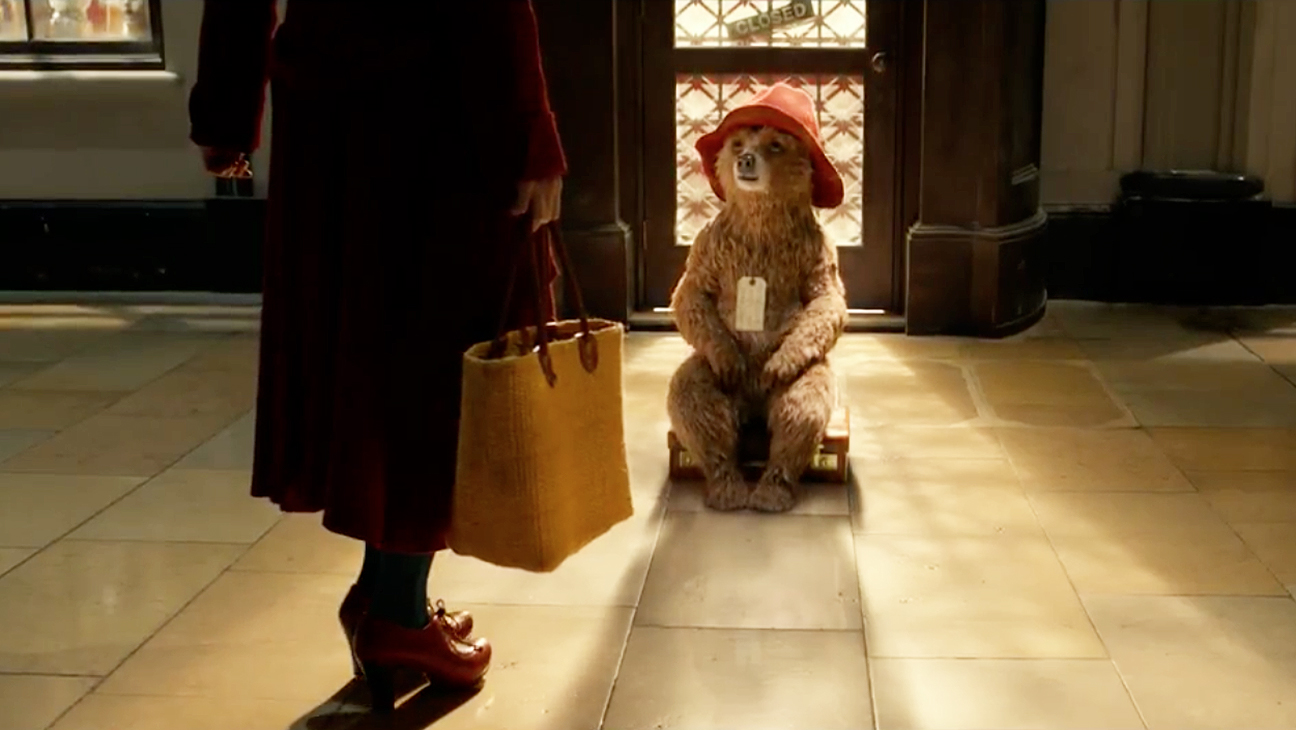 The gap between the London that was promised, and the London that was delivered. Or so it seems. As the film wears on, it re-enforces this over and over again. The Browns’ neighbors, such as Mr. Curry, are exceedingly skeptical and even resentful of Paddington’s presence. Millicent, a taxidermist at the Natural History Museum, is actively seeking to stuff him. The Browns themselves are reluctant to believe Paddington about the explorer who he believes will offer him a home.

It isn’t until Paddington and Mrs. Brown go to see Mr. Gruber at his antique store that the first wrinkle in this thematic through-line is presented. Mr. Gruber welcomes Paddington with open arms, being incredibly hospitable, and trying to help Paddington find a home in any way he can. He even finds the mark of the Geographer’s Guild inside Uncle Pastuzo’s old hat. But Mr. Gruber also tells Paddington a story from his childhood, and how he was put on a train with a label around his neck during the war. He talks about how he was offered refuge, but never truly felt at home. This challenges the preconceived notion that the London of old was inherently better and instead presents us with the fact that Mr. Gruber experienced the exact same hardships that Paddington did.

As the film progresses, the Browns all warm to Paddington in their own ways. Mr. Brown begins to feel less trepidatious about having Paddington in the house, despite his role as a risk analyst. Judy overcomes her embarrassment and fully embraces Paddington in front of her entire class. And all the while, they grow to help Paddington more and more in his search for a home with the explorer.

However, after Paddington finally zeroes in on the correct address for Montgomery Clyde, the film reveals its true message. For in the home of Montgomery Clyde, the safe haven Paddington had been searching for the entire time, lies a beast. Millicent, the taxidermist who has been after Paddington the whole film, it turns out is Montgomery Clyde’s daughter and she now lives in the apartment. She goes on to divulge everything to Paddington, explaining she has to have him for the museum because her father was banished from the Geographer’s Guild after refusing to kill and stuff the undocumented species of bear he found in darkest Peru.

The Guild quite literally turned their backs on Clyde after he stood by what he knew was right. It was never an issue of old London vs. new London. Because old London was just as broken as the new one, the Guild was a league of men who would kill and stuff an intelligent creature rather than educate it as Clyde did. Instead, it’s an issue of kindness. Or, as Aunt Lucy might say, of remembering one’s manners.

Because although it might not be the driving narrative of the film, laced throughout Paddington is the story of an optimistic young bear warming the hearts of a family and teaching them how to love each other once again. In the third act, the Brown family is able to come together and overcome their respective flaws to save Paddington.

This carries over even further, into Paddington 2. By the time Paddington 2 begins, Paddington has expanded his influence, warming the hearts of the entire neighborhood. When he is taken away from them and imprisoned, the neighborhood sours and grows dimmer. Even as Paddington is locked away in prison, fearing that he will never be able to get a birthday present to Aunt Lucy on time, he continues to inspire hope and happiness in those around him. By the time he leaves the prison, he has converted it from a monotonous cell block to a candy-colored place of joy. 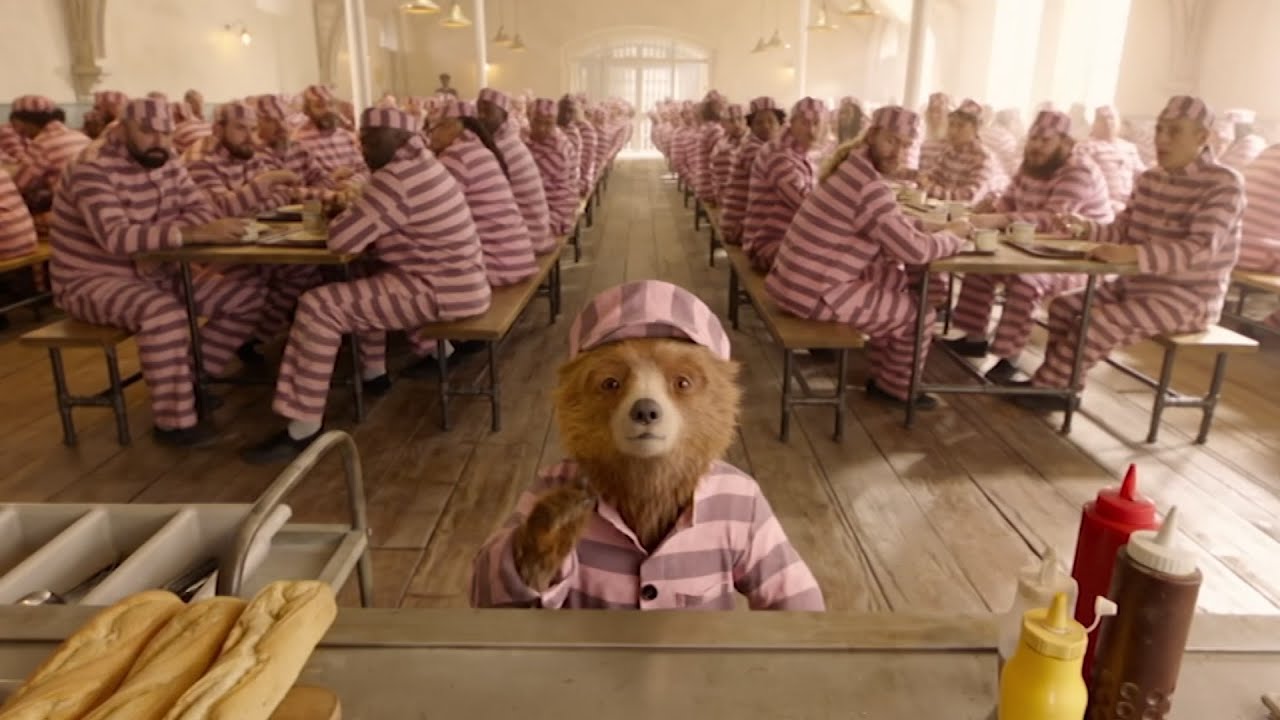 Paddington is to the people of London as Aunt Lucy and Uncle Pastuzo were to him and as Clyde was to them. People with love and compassion light up those around them and inspire them to be the very best versions of themselves. There is no conflict between the London of old and the London of new. There is simply life, and the choice of each and every person, to be either a soul that spreads joy or one that spreads sorrow. Clyde gave endlessly to Aunt Lucy and Uncle Pastuzo, standing up for them and refusing to stuff them. Aunt Lucy and Uncle Pastuzo (as we learn in Paddington 2) risk their own lives to save the orphaned cub who grows up to become Paddington, raising him as their own. And Paddington brings the joy of those that raised him into the home of the Browns and everyone else he meets in London.

In the aerial shot of Paddington from the first film as he arrived in the station, and the words ‘mind the gap’ could be seen, it was never really about the gap between generations. Instead, it was the gap between the isolated Paddington and the passersby who have no warmth to give.

Which makes it all the more fulfilling at the end of the second film, when Paddington is able to finally bring Aunt Lucy to London for her birthday present. She sees a London filled with warmth, heart, and joy, just like she had always dreamt of. And it’s all because the little cub she raised brought all of that joy with him and made sure to share it with everyone he could.