By Will Jones on March 24, 2018 in Editorial Movies Video Games

Hollywood has a rather notorious and infamous history with video games. Ever since their earliest existence video games as a construct have captured the imagination of popular culture in a way that is hard to explain. It was, for the first time, allowing audience members who had spent their lives watching events unfold on a screen actually take part in the choices and effects of those events.

It was revolutionary in every way, and of course, the games only grew more advanced from there. What once required trips to the local arcade became consoles that could be played at home, with the creation of Pong in 1972. This made the experience even more intimate and personal. The game was now taking place on the exact same screen that viewers were watching their professionally made entertainment on. With the press of a button, they could switch over from watching their favorite television program to controlling what was happening on their own television. Its earliest form may have been the now seemingly crudely simple design of two paddles and a single ball, it changed the way audiences viewed their entertainment. 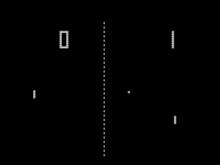 In the following years, the games only grew more and more advanced. They developed their own characters and mascots, such as Mario or Sonic. They evolved into their own stories, comprised of conflict, character, and heart. Players could effectively become the characters of the stories and make the choices for them, resulting in a far more personal connection to them than ever possible before.

As the stories and complexities of video games as an art evolved, Hollywood began to take notice. What was once an interesting experiment had now become a bona fide art form unto itself and studio executives saw the potential of cashing in on such a medium. Thus, when Roland Joffe initially pitched the idea of turning Nintendo’s cash cow of a franchise, Super Mario Bros. into a film, movie studios fawned all over themselves at the mere thought of the idea.

The film that would eventually be released theatrically in 1993 was the first-ever film adaptation of a video game. It tanked at the box office, was dragged through the mud by critics, and enraged the video game franchise’s fans. All of which has essentially become the norm for video game films ever since. 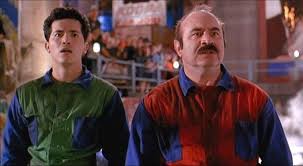 Super Mario Bros., the movie, had a litany of problems, the most basic of which was that it had very little to do with the video game on which it was based. The nineties were a strange time, in which producers seemed to all feel that adapting any other art form to film meant they had to make everything completely different, rather than just translating it from one medium to another. But that wasn’t the reason the film failed.

In more recent years, incredibly faithful attempts at film adaptations have been released, from Duncan Jones’ love-letter of a Warcraft film to the newly released Tomb Raider reboot. These are films that are quite literally taking the stories of the games and turning them into films, practically verbatim.

And yet, they are suffering the exact same fate as prior attempts. These faithful adaptations of incredibly popular gaming franchises are still failing as films on every front and that comes down to the simple fact that Hollywood’s thought process on this matter has been backward from the very beginning.

Take the new Tomb Raider film for example. It takes the story of the latest Tomb Raider game, which was a reboot of the franchise itself, and puts it on the big screen. This includes some scenes in the film being exact, shot-for-shot recreations of cut scenes from the game, lines being said verbatim, and following most of the same story beats to the T. But it’s lacking the main ingredient; freedom of choice.

Video games are an art form whose success relies entirely on the player’s ability to choose. Sure, the story as a basic framework exists to guide the player, but the player is the one who chooses the pace and events that unfold on-screen.

In film it is the exact opposite.

Film is a medium in which the audience is being shown a story that unfolds before their eyes, in which every choice, every decision, is made without them. Where a video game is fluid in practically every way, film is solid. The purpose of film is to make us feel for the characters on-screen and gain a larger understanding of the world around us but we as a viewer are never in control of the characters or their actions, they are their own separate beings who act separately from our wishes.

So when a fan of the new Tomb Raider game goes and sees the new film, they will inevitably leave the cinema feeling that it was missing something, because they have been removed from the equation.  Where they were once a being of omniscient power, able to control the actions of those on-screen, they have now been reduced to the role of a bystander or an onlooker.

Which is why, in actuality, the line of thought is much more effective the other way around. As much as video-game adaptations of films have been rubbished, they have so much more potential to please. And while the majority of them were both poorly made and poorly received, one need look no further than a case such as X-Men Origins: Wolverine to see that it can and has worked wonders. That was a film that was largely met with dismay, yet it had a video game tie-in that was widely loved and hailed as being better than the film itself. 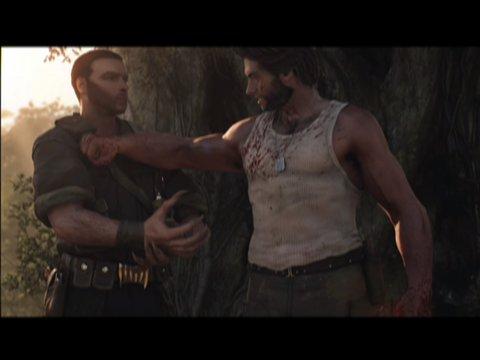 There are certainly a great many aspects that went into this success; the game was made with genuine care and love for the material, it wasn’t rushed out as a cheap cash-grab, they got actors such as Hugh Jackman to reprise their film roles. But it gave viewers the chance to step into Wolverine’s shoes and become a film-accurate version of one of their favorite X-men, which gave them a thrill that a film never could.

As we move forward, Hollywood has countless more film adaptations of video games lined up for release, while the production of video game adaptations of films has all but died off. Which is truly a shame, because where the latter gives audiences a chance to experience their favorite stories in an entirely different, more immersive fashion, the former continues to take away one of the key aspects that made those stories and characters so enduring in the first place.