It’s been a decade since Death Race hit theaters and re-introduced audiences to the thrilling violence of a demolition derby to the death. Since the rebirth of the franchise, after 1975’s Death Race 2000, three direct-to-video sequels have been release, the latest of which hitting shelves just yesterday.

Death Race: Beyond Anarchy sees the return of several fan favorite characters including Danny Trejo’s Goldberg and the famed driver Frankenstein. Newcomer to the series, Zach McGowan, plays Connor Gibson, a Black Ops specialist tasked with infiltrating the underground world of the Death Race to take down Frankenstein once and for all.

Big Shiny Robot spoke with director Don Michael Paul (Tremors: A Cold Day in Hell) and star Zach McGowan about what it takes to make a Death Race flick and what bloodthirsty bumper cars can teach us about life and about ourselves. 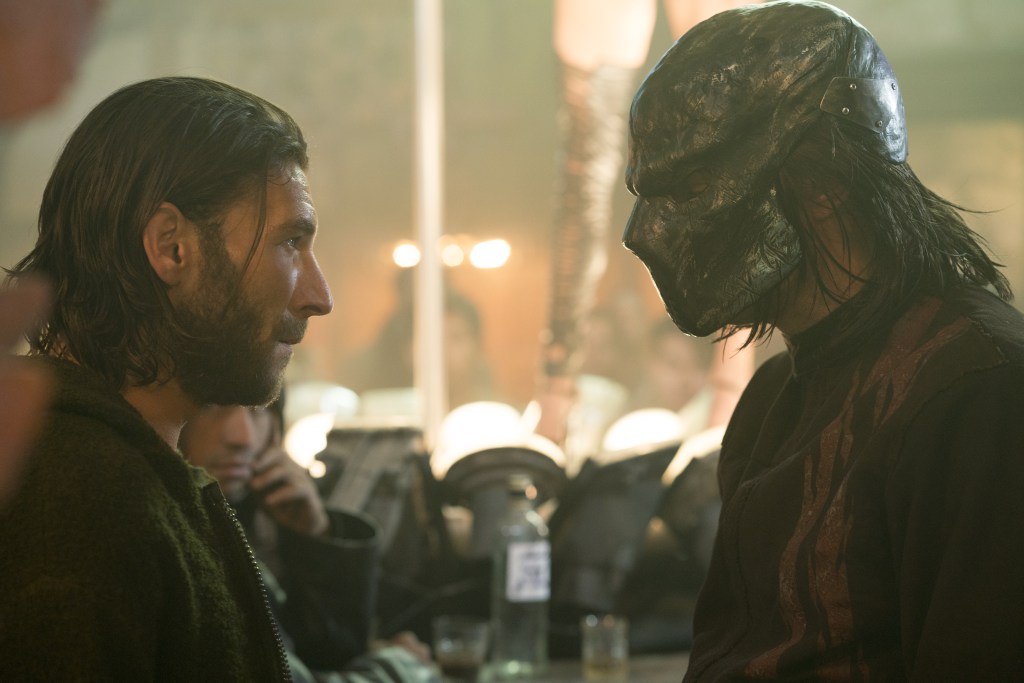 BSR: What sets this movie apart from the rest of the franchise?

ZM:  I think there’s quite a bit that sets it apart. Story-wise, Death Race has gone underground. It’s not being controlled by the powers that be anymore. So The Sprawl is no longer under control of any corporate interests or any governmental interests. So I think that changes it a lot. There’s a lot of things that are similar but there’s a lot of things that are new as well.

DMP: A new lead character and a re-think of the character of Frankenstein. I think it’s even more left of center. It’s not as glossy this time. It’s dirty, slimy and reeks of tires burning and oil-pans leaking.

ZM: My real answer would be that writers are far more dangerous than any of those creatures but, I think, for me Death Race has got to be more dangerous, it is definitely a bit more scary to me. As you grow and you watch the news these days, these dystopian futures don’t seem all that ridiculous. The defining difference is, I don’t think the zombie apocalypse is coming. I don’t think giant worms are going to come up from the earth. But I definitely feel that society might have to deal with something like the Death Race. 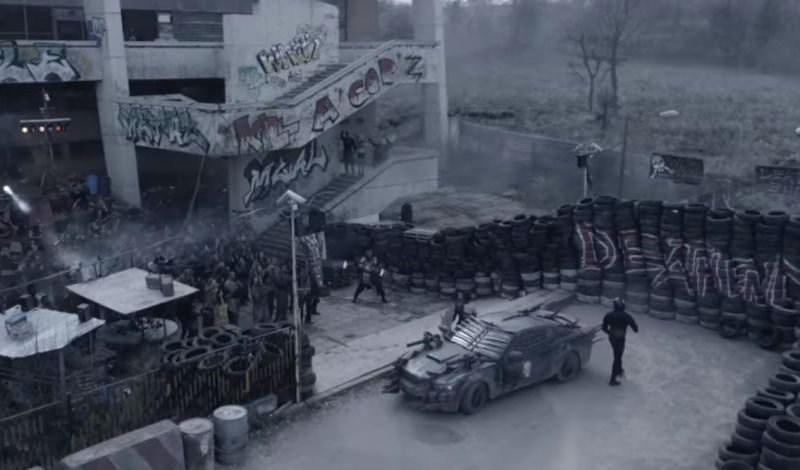 BSR: What do you think drives the fascination behind prisoner battle royales considering the number of movies/stories that play on a variation of this theme?

DMP: It’s a world most of us never experience. It’s primal and visceral with no rules or limitations. It plays to the basest part of ourselves, a place most of us living in civilization keep in check and for very good reason. It’s a brain-bashing thrill ride, like going to a Metallica concert on a hot summer night.

ZM: I think there’s kind of the philosophy out there that we’re all sort of prisoners to society and that sort of metaphor. And I think the Death Race has become a metaphor for the death race we’re all in. You can look at life like a race to death. What resonates is that fascination, the fascination in the macabre where none of us know what the future holds and the Death Race is just a quicker way of getting that finality of life.

BSR: What was the most entertaining/interesting/surprising thing to happen on set?

DMP: Watching the actors discover the relationships and find their performances.

ZM: So much. There’s so many different ways to answer that. The most entertaining thing for me was watching myself and this really big guy I fight during one part of the Death Race, we’re playing these tough guys who are fighting each other limb for limb and it was like zero (degrees) and it was actually raining and we had our shirts off so we’d look all tough and we’re running through ice water. Watching that for the extras was probably one of the most funny, it wasn’t that fun doing it but when you look back at what it was… a lot of stuff isn’t funny when it’s happening but you know it’s going to be great when you look back on it.

BSR: If you could design your own car for a real life Death Race, what would it be?

ZM: My favorite cars are the old Broncos. 70’s and 80’s Ford Broncos, I think they would really crush in the Death Race. You have kind of the weight to push other cars around and I think they could handle quite a bit of weapons thrown at them as well. I think that might be the move. Monster truck out an old Bronco.

BSR: What were the particular challenges of making this movie? Does one have to get into a particular head space to make/star in this type of movie?

ZM: Yeah. Particular challenges. A lot of physical challenges obviously but the mental challenges as far as head space goes, I knew, having done some similar stuff I knew what was going to come at me. In these kind of movies you have to get yourself ready for war. You know it’s going to be extremely difficult and physically demanding and you have to prepare your mind for that. And once you do, and embrace it, it just becomes awesome.

DMP: Yes you have to expect the unexpected every day and embrace the weird, violent and crazy. It was a great movie to make with too many challenges to name but worth every bit of the struggle. 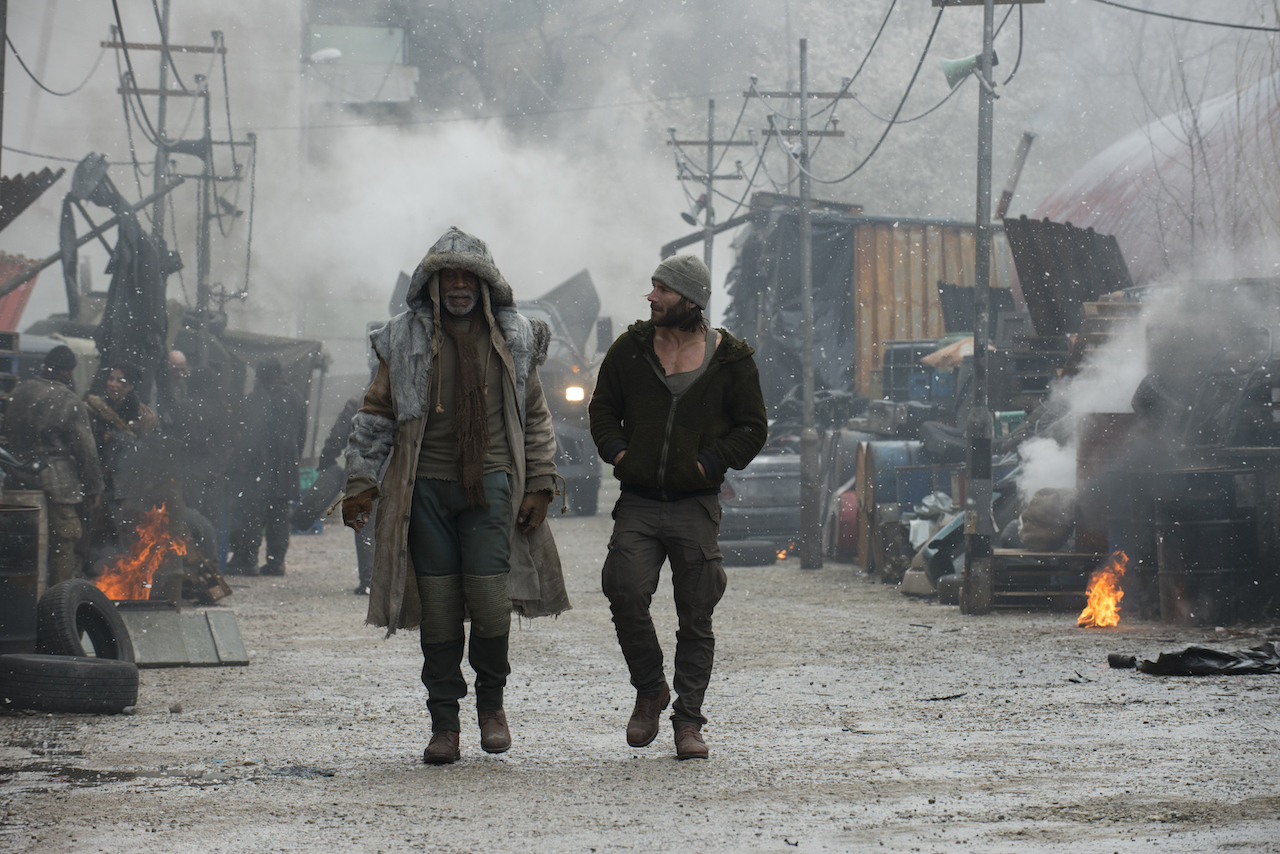 BSR: Can Death Race teach us anything about real life? What message, if any, would you want viewers to leave the movie with?

ZM: Yeah. I was saying before I do think there’s a metaphor that I think we’re all racing toward death at our own speed. Some of us are trying to get there faster than others. Some of us are trying to never get there. I do think there are parallels represented in the movie. Sure. One of the things I love about Connor is even though he’s a gifted fighter he doesn’t actually start any fights. He comes to people’s defence, gets attacked a lot and responds. If anything I hope people learn to never throw the first punch but always throw the last one.

In terms of what’s next for Paul and McGowan, the duo are leaving The Sprawl and taking on another franchise in Scorpion King: Book of Souls available on Blu-ray October 23.

You can get Death Race: Beyond Anarchy on Blu-ray, DVD, and digital right now. Drive safely.