By Adam McDonald on June 7, 2019 in Movies Reviews

One advantage actual comic books have over their movie counterparts is that if there is a bad run or a crossover event that falls flat on its face, within a few issues, readers are on to other and hopefully better stories. Films take years to produce, so if one is bad, it’s gonna stay with the audience for a long time to come, and few franchises have suffered this more than the X-Men. Dark Phoenix caps off nearly two decades of films under the Fox banner, and while it’s not quite the swan song we were hoping for, there’s enough enjoyable content here despite going out with a whimper instead of a bang.

Loosely following the X-Men classic, The Dark Phoenix Saga, Jean Grey (Sophie Turner) is beginning to lose control of her powers after a space rescue mission and a run in with some kind of cosmic power. We learn that due to traumatic events in her past, Charles Xavier (James McAvoy) has sealed away portions of her mind to protect her from those memories, but her newfound power is starting to unlock them which leads her to begin to distrust the people she had considered family. To make matters worse, an alien being played by Jessica Chastain is trying to teach Jean how to unlock more of her power for her own sinister purposes. Evolving into a vengeful god, not even the combined talents of the X-Men and Magneto (Michael Fassbender) might be enough to stop the wrath of the Phoenix. 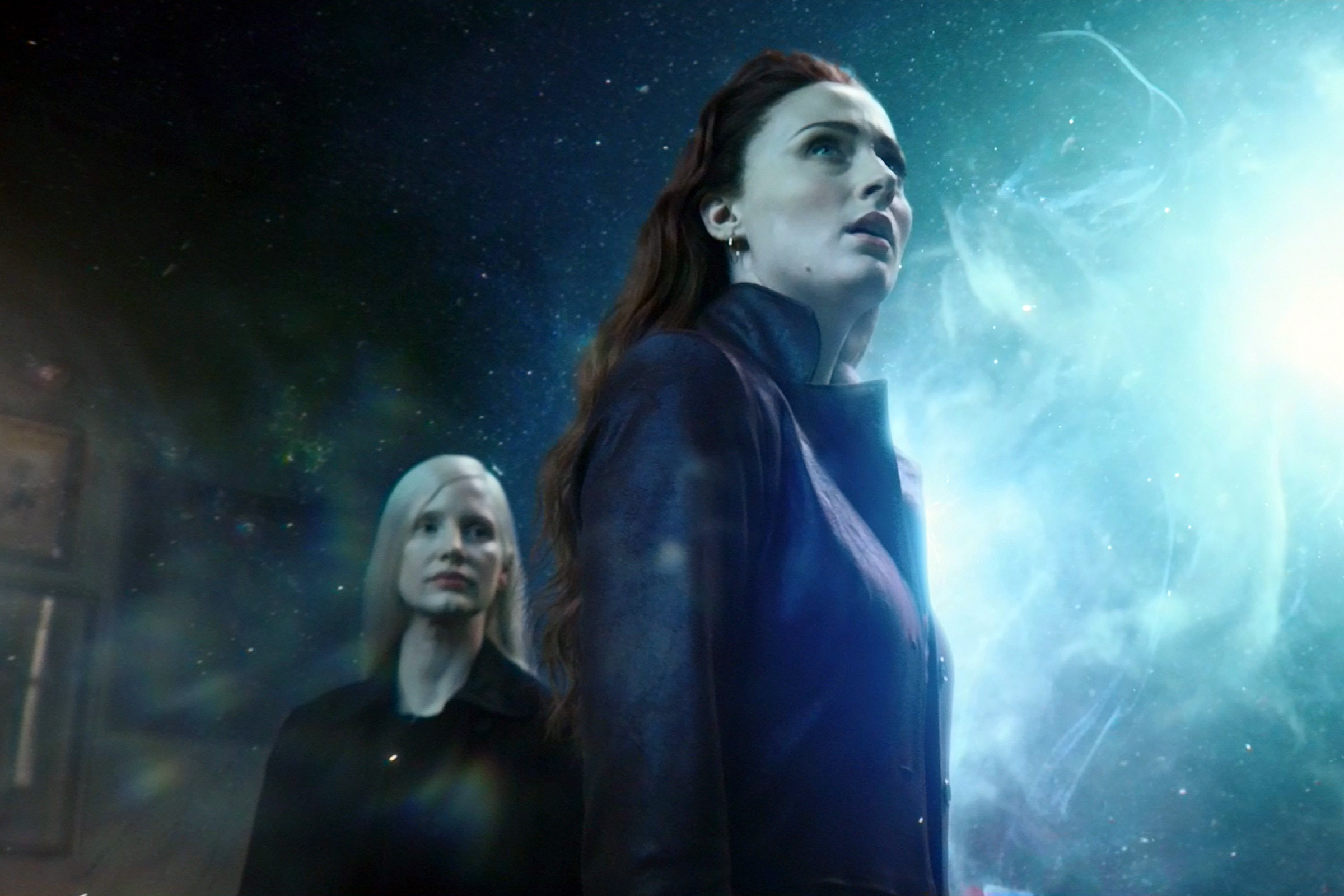 One thing I should be upfront about is I am one of the biggest fans of the Dark Phoenix comics in the world. It was that graphic novel that got me into comics as an adult, I have all of her Funko Pops, and statues of her adorn my house. I even have a damn Phoenix tattoo on my leg. So after the huge letdown that was The Last Stand, no one was rooting more or was more concerned about how this would turn out than I was. And for the most part, it’s actually good despite not being the movie we actually deserved.

In his directorial debut, Simon Kinberg simultaneously wrote the screenplay; he also worked on The Last Stand, and there are some similarities that are painful to watch. Recycling plot points from that film that didn’t work the first time around really detracts from the whole picture, and he would have been better off sticking to the comics or not retconning the events of Apocalypse. What he does land are the action sequences which, while not Endgame level, are a thrill to watch, especially the final battle scene aboard a military train under attack.

What’s less entertaining is the way Jean unlocks and unleashes her powers. She’s not Famke Janssen’s zombie in The Last Stand, but Sophie Turner isn’t really given the chance to show her acting chops outside of a few key scenes. We know how good she can be, it’s just Kinberg never allows her to reach her potential, which probably describes the movie as a whole.

Hubris is a constant theme throughout Dark Phoenix, and one could say it is the ultimate villain and not Chastain or Jean Grey, and it’s hard not to see that this is the downfall for the film as a whole. Kinberg certainly wasn’t up to the task of taking on such an epic story as his first time directing gig, and his inability to let other, better storytellers write the script is as big a letdown as the climax of the movie. Which is a shame because there is still good here, there’s just not enough of it. 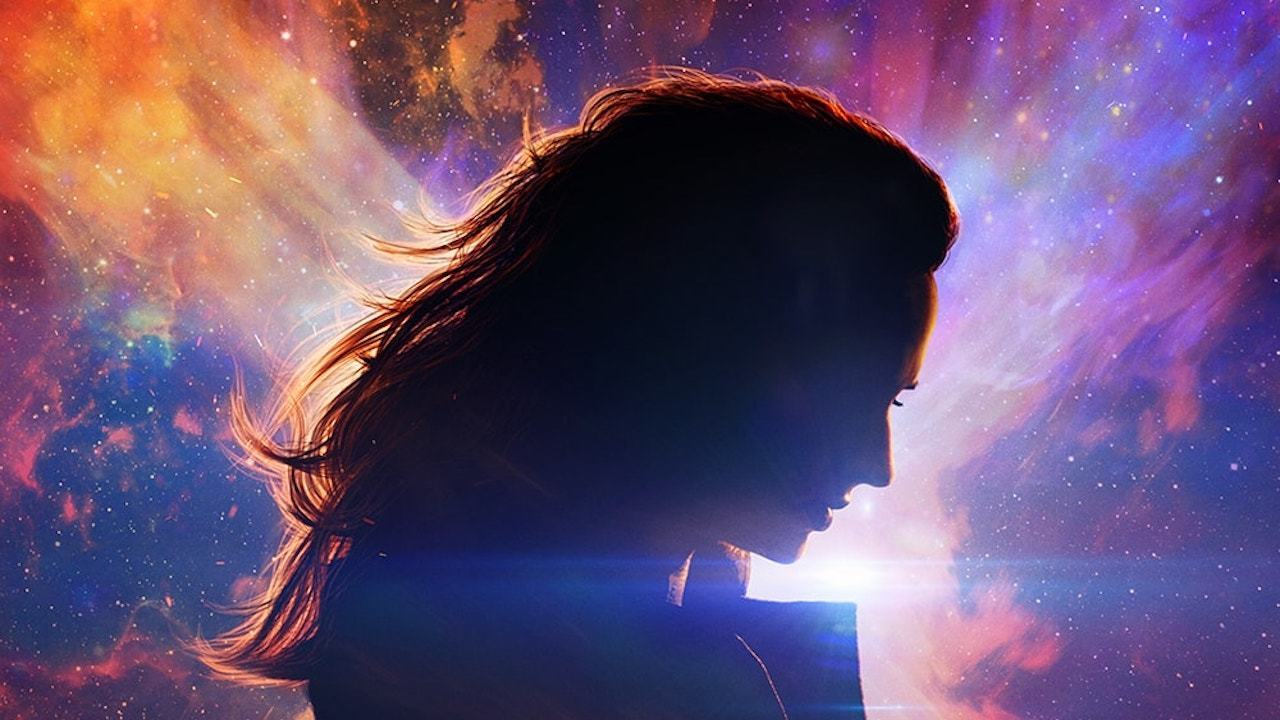 Despite my harping, I really did enjoy Dark Phoenix and had a fun time with it. No, it’s not what I and millions of fans were hoping for, and this isn’t the ending anyone wanted from the Fox era, but it’s not a bad movie. Much like Jean Grey, it’s deeply flawed and oftentimes seems lost and unable to find its way, but the deeper meanings in the story do show through occasionally and resonate with a lot of the issues society is currently dealing with (toxic masculinity, the #metoo movement, mental illness, etc.). Dark Phoenix puts a halfway successful coda to the second series in the franchise and leaves behind the blank slate Disney was already going to apply to their reboot. Hopefully the X-Men will rise again from the ashes left behind to find new life in the MCU.