By Bryan Young on January 31, 2017 in Editorial Movies Star Wars

Twenty years ago today Star Wars came back from the dead.

I was a junior in high school and skipped school to spend the night in line so that I could see A New Hope on the big screen for the first time. The trailer (embedded above) had it exactly right. The only Star Wars film I’d seen on the big screen was Return of the Jedi and I was three years old at the time. That hardly counted.

As a kid in elementary school, being a Star Wars fan was something that, at best got me ignored and, at worst, got me beat up and bullied. There were a few of us, very much like the Church of the Force in this new era of Star Wars. We were keepers of a secret flame that many had thought had died out. But showing up at the Academy Theatre in Provo, Utah, I was going to fulfill a dream I’d had since I was a boy. 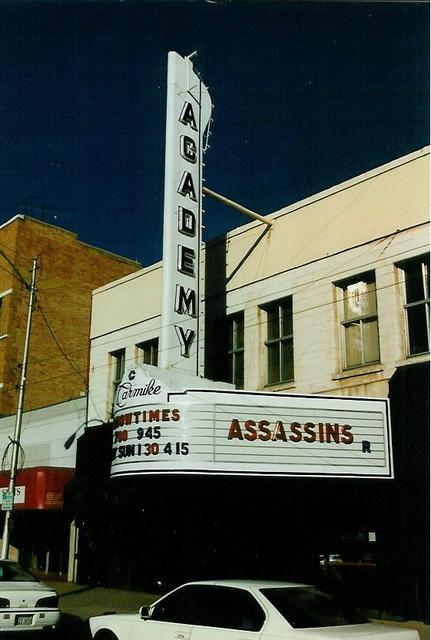 The Academy was a one room movie palace that seated 800 and I couldn’t have asked for a better place to experience Star Wars for the first time.

A few friends and I showed up at around midnight on January 30th, assuming we’d be the first in line for the first matinee of the film. We were sorely mistaken. The line already stretched down to the corner, down a whole block, and we found our spot in line around the second corner. This was the first time I realized that there were people out there who cared about Star Wars as much as I did and I didn’t exactly have to be quiet about it anymore. Ahead of me in line were people that had previously given me crap for liking Star Wars and somehow this gave me permission to be who I really wanted to be.

So out there we waited, taking turns sleeping on the concrete, vowing to be there in line for at least a couple of nights for The Empire Strikes Back. It didn’t matter that it was the middle of a Utah winter and the temp at night was below freezing. We were waiting for Star Wars, damn it.

The mood was electric when the box office opened and we were finally able to buy our tickets. We all bought tickets to the first matinee and the 7:00 show, so we’d have time to nap in between. School could wait until next week.

Seeing that movie there, in a theater that large, on an honest-to-Sheev silver screen, with the sound jacked up all the way, was one of the single best experiences of my life. Every moment in that film drew a cheer, every new moment drew an even louder one. I’ll never forget the hoots and hollers that accompanied the appearance of Boba Fett and the added tears in everyone’s eyes when Biggs lost his life. Every addition to the film, no matter how they’re received now, was met with either a gasp of surprise or a swatch of cheers and applause.

And then we left the movie.

There was an energy there I can barely describe. A dizzying fantasy. A high like I’d never experienced. Wiping tears from my cheeks, I wondered if my exhaustion was part of my elation or the fact that I was finally able to see a Star Wars movie with my people.

Star Wars was different from then on. Not just because there were some cosmetic changes to bring it in line with the next generation of Star Wars films that would be coming just two years later (holy Snokes, The Phantom Menace will be 20 in just two years!), but because it was back. It would never again leave the public consciousness the way it had during the dark times.

And that was a reason to rejoice.

After The Phantom Menace, the narrative seemed to turn and people seemed to forget the magic they felt in that movie theater, but after two decades, I can still feel it. I can close my eyes and the electricity of that one room movie palace can still course through me on that incredible January morning.

You only get to watch a Star Wars film on the big screen for the first time and I wouldn’t trade my experience of the Special Editions for the world.

It’s my hope that for the 20th anniversary of The Phantom Menace we’ll have a huge celebration of Star Wars where they rerelease all 10 films to that point and let us all see them on the big screen again for a whole new generation.

It was magical 20 years ago. It remains magical today.

You can hear Bryan wax philosophical about Star Wars on a weekly basis, tune into the Full of Sith podcast.

(Photo by the Academy from CinemaTreasures.org)