‘Thor’ Gets a Modern Update

Like Odin casting Mjölnir down on Midgard, Marvel just dropped some pretty heavy news regarding the hero of Asgard. Starting in October, a new series, “Thor: God of Thunder” hits the shelves, written by Jason Aaron, a veteran of the character. We’ve long known that the hammer could imbue anyone worthy with the power of the thunder god and it’s time for that person to change. 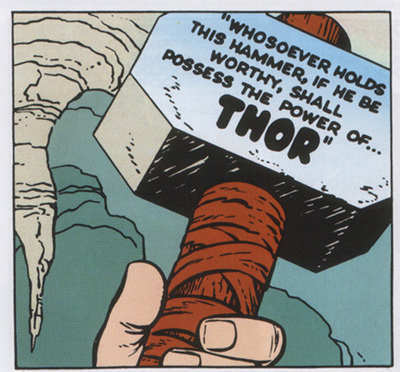 The hammer’s inscription reads “Whosoever holds this hammer, if he be worthy, shall possess the power of Thor” but times have changed (for the better) and like any responsible deity, Odin intends to maintain the spirit of the law, rather than the letter. As the classic hero sets down the hammer it is picked up by someone with not only a different set of experiences but a different anatomy.

Going forward, Thor will be a strong, kickass woman. 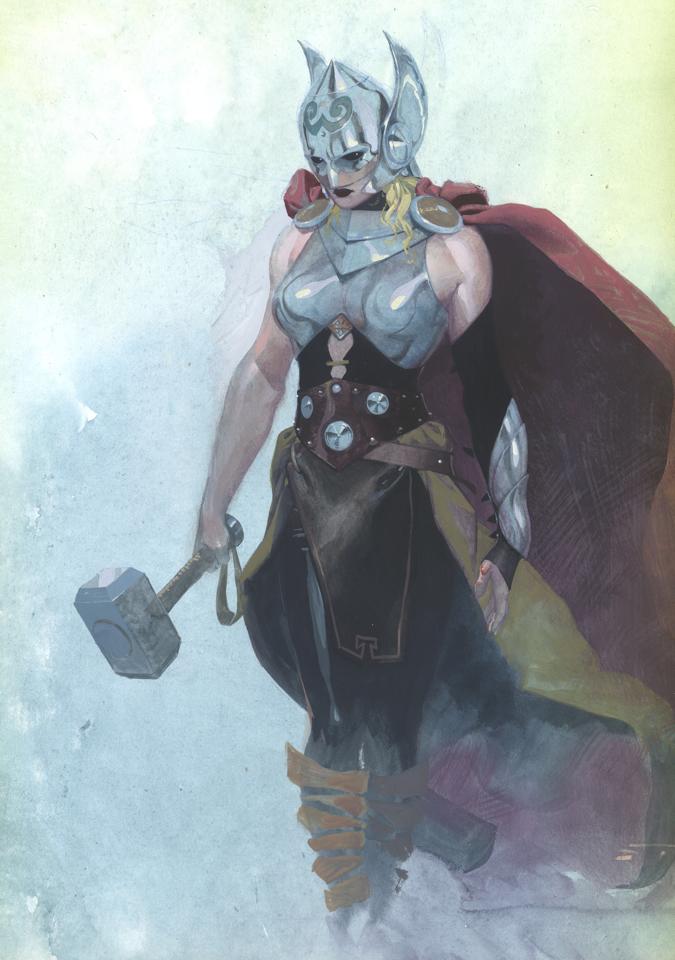 Hairstyle will remain the same.

This change marks another move by Marvel to introduce strong female characters to their lineup. It’s no secret that comic books have grown in popularity over the last decade; the audience has grown hugely, becoming accepted as legitimate literature by a large section of the population. This invariably has led to an increase in interest across the board, including women and girls. It makes sense that comic book creators would want to better serve the groups that have been underserved in the past. Unlike some big events in comic book canon, this is no temporary change. The new Thor won’t be wielding the hammer for a moment while the “real” Thor gets back into the swing of things.

Every indication from the Marvel camp is that this is a permanent change.  Mjölnir has found a new worthy host and there’s no going back. Writer Jason Aaron stated-

Will this change the dynamic of the character? Probably, in as much as any character change would. Though I expect from backlash from the darkest corners of the fanboy kingdom, why shouldn’t Thor be a woman? Roughly have of the population of Earth is female and surely some of them would be worthy to carry the mantle. From a storytelling standpoint there is no problem here, (though some will surely disagree) in fact it’s an interesting development that will only serve to enrich the Marvel universe and allow for some new territory to be explored.

You may want to add this title to your hold now, I suspect it will fly off the shelves.