By Kelly Adams on September 10, 2018 in Comics Interview

When George Takei shares a photograph of you, then you know that you’ve truly gone viral. And that’s exactly what has happened to my friend Jennifer who showed up at a Dragon Con photoshoot dressed as BBQ Becky. if you’re unfamiliar with the meme check out more information here. I had the opportunity to speak with Jennifer about what led her to do this particular costume and furthermore to show up at the Black Geeks of DragonCon photoshoot, held at the annual convention in Atlanta over Labor Day weekend

The image below is the result of a group lunch. When we saw the phone and the sunglasses, we knew immediately Jennifer would be a hit at the con and hopefully at the photoshoot. Posing with her (as an amazing Domino) is the friend who arranged for her to attend the shoot. 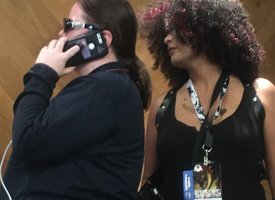 So, naturally I took advantage of our friendship to ask a few questions.

First of all, how did you come up with the idea to cosplay as Barbecue Becky?

When I saw the articles and memes back when it first happened, I noticed how much I look like BBQ Becky. The idea to do the cosplay didn’t occur to me until closer to Dragon Con. I knew it would [be] an easy cosplay to assemble but I didn’t know how it would be received. Other meme cosplays don’t carry the same backstory as BBQ Becky and I didn’t want anyone to think that I was glorifying what she did. I shared the idea with friends who encouraged me to go ahead with it.

Whose idea was it for you to appear in character at the Black Geeks of DragonCon photo shoot?

The idea to go to the shoot came from a friend who is a member of the Black Geeks of DragonCon and was planning to go to the photo shoot herself. She was the one who reached out to the organizers for their okay for me to come as BBQ Becky.

You can learn more about the group by checking out the facebook page here.

What was the reaction when you showed up to the photo shoot? Were you nervous? Did everyone get the joke?

For the photo shoot, I was adamant that the organizers give permission for the me to be there as BBQ Becky because I didn’t want to actually crash the event. Even with permission, I was nervous going out to the photo shoot. I didn’t know how it would be received at Dragon Con in general and specifically at that event. The same friend who had the idea went out with me. We waited until the shoot was well underway before we went out there. At first, I stood off to the side with my jacket zipped up and the phone already to my ear. Once people noticed I was there, people were laughing and cheering and clapping. Everyone seemed to immediately get the joke. Someone, I’m not sure who, moved me to where I was when Otis Casey got the picture that’s gone viral. Everything that happened after is a bit of a blur. I remember the organizer getting on his bull horn to ask everyone to say “Thank you, Becky.” I bowed to the cosplayers as a response and the same photographer captured that picture. After that is when I think I stepped out of the group so that they could finish up the shoot. After I stepped out, people came up to talk to me and get a few pictures of their own.

The overall reaction has been positive. It’s also been personally overwhelming. I don’t think anyone involved was expecting it to get this much attention.

Some have voiced their concerns on social media that your appearance has taken away from the actual photo shoot. That you’re the one getting all the attention and not the Black Geeks of DragonCon. What is your reaction to that?

I honestly never meant to take any attention from the cosplayers at the photo shoot. They deserve the spotlight much more than I do.

I hope the picture going viral draws attention to the need for more representation for people of color in cosplay and the geek community.

And the picture continues to draw attention nearly a week after the convention concluded. Even growing in popularity.

But in an effort to also bring attention to other amazing costumes that may or may not have been included in the photoshoot (since, alas, I was unable to attend) I shall share some here.

Here are some images from the Wakanda contingent from the annual parade: 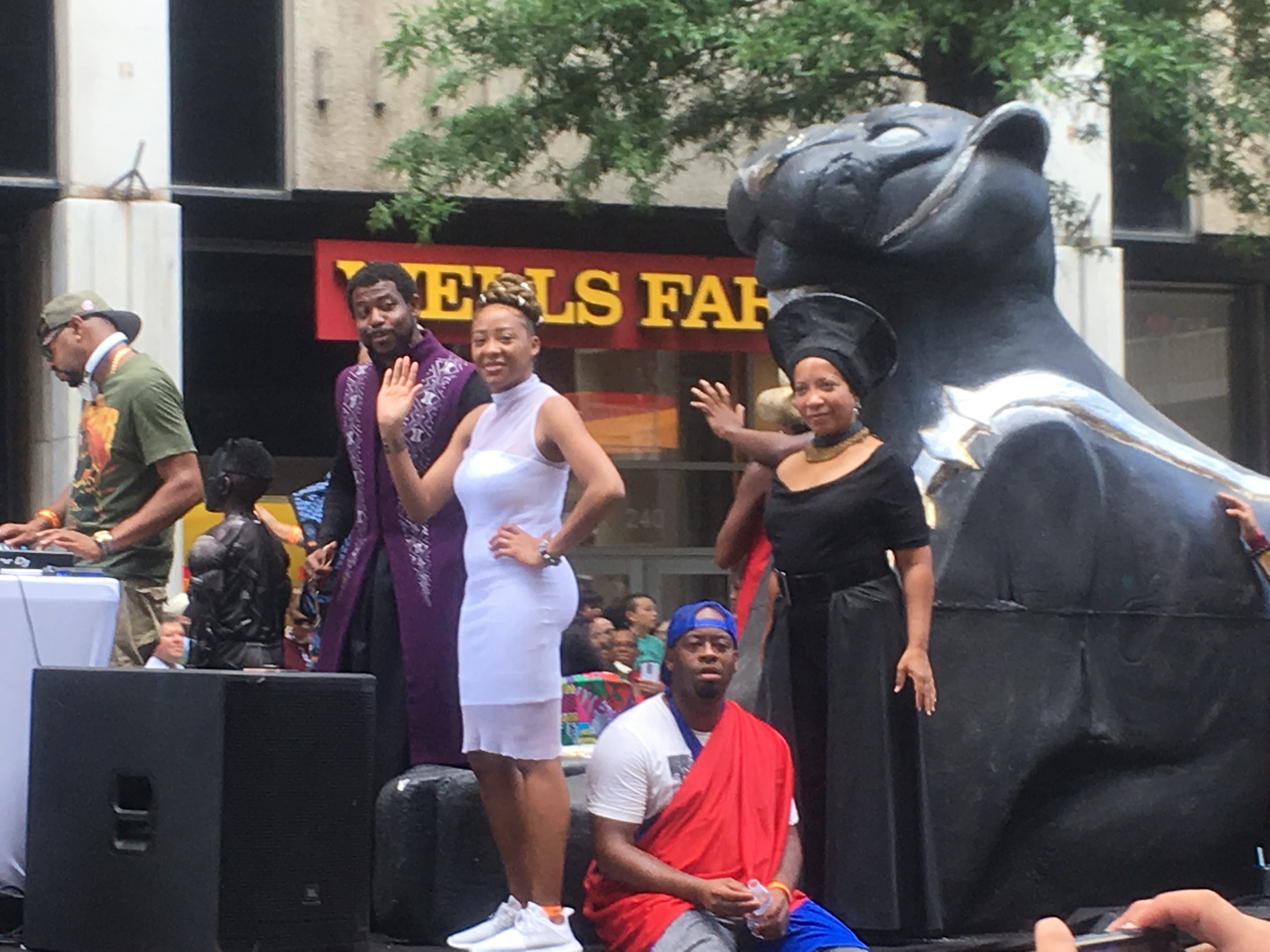 And thanks to Lawrence Green, some additional images: 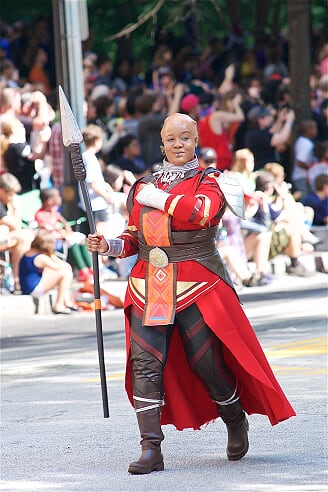 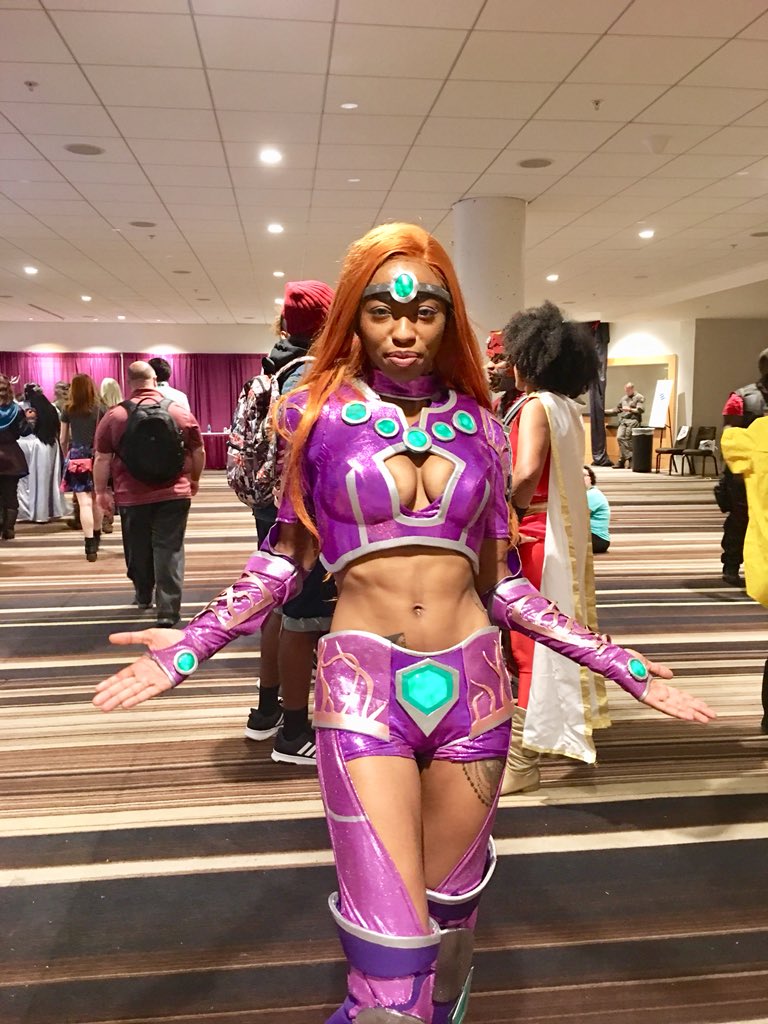 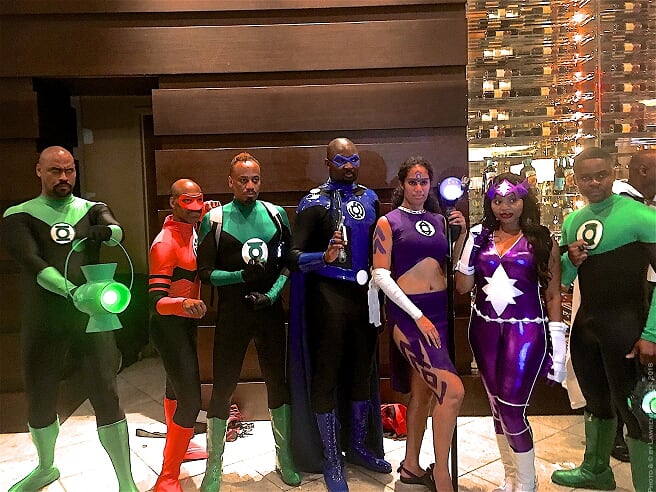 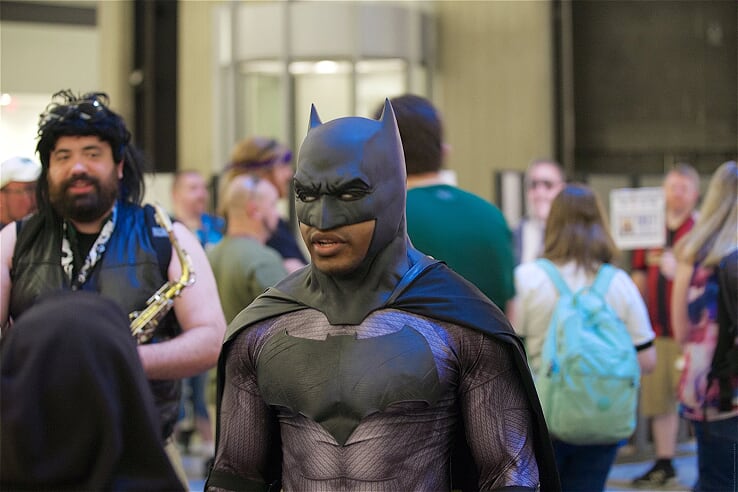 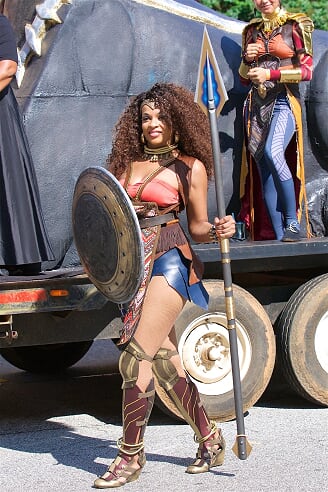 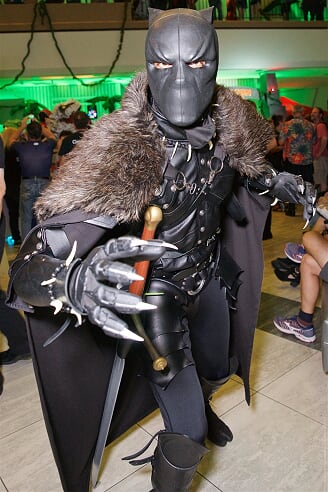 The amazing thing about Dragoncon is it brings together geeks from all over,from a variety of backgrounds, to celebrate geek culture.