Infinity War: Balancing the Stakes of the Modern Blockbuster

By Will Jones on July 8, 2018 in Comics Editorial Movies

In a blockbuster landscape that is over-populated with world-ending scenarios and mass-scale destruction, the Russo Brothers made a distinct decision to make the stakes more personal in Avengers: Infinity War, even as their story veered jaggedly across space and time. And it was this single decision that made all of the difference in the world. 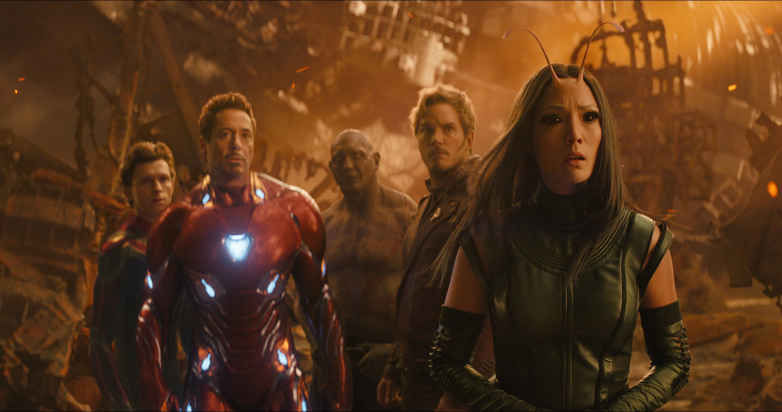 Somewhere around 2010, Hollywood became obsessed with destroying the planet. This came about, naturally, because studios were too pre-occupied with whether or not they could do it, they didn’t stop to consider if they should. It is why the stakes of a Superman film went from the life of Lois Lane in 1978 to the lives of the entire planet in 2013. There was a clear course of this natural evolution, as filmmakers sought to give audiences a new high every single weekend. The mindset very quickly became ‘bigger is better’. And while the initial roots of all of this began to take hold decades earlier, the easiest film to point to as a crystallization of this thought process is Marvel’s The Avengers.

As the studio brought together its four separate superheroes into one unified universe, the stakes, understandably, had to be raised. Narratively speaking, it had to make sense that one of the heroes alone couldn’t take out the villain this time, that they would need assistance. And from a production/marketing standpoint, this film needed to be the biggest hit out of them all. So, Whedon and company put the fate of the entire world on the line, as the Avengers assembled to fight the alien invaders.

The film culminates in a thirty-minute long third-act sequence which revolves around the Avengers trying to defeat the Chitauri and save the city. During this sequence, it is impressed on the audience again and again that if the battle is lost here, the world will certainly fall after. Inevitably, they succeed, and all is right with the world. Fast-forward to 2015, and this mentality has only festered and gotten stronger among the Marvel creative elite.

Avengers: Age of Ultron does more than put the fate of the world on the line for the last act, it puts the fate of the world on the line in the first thirty minutes. Ultron gains consciousness, escapes, and presents an immediate danger hell-bent on destroying all of humanity. In the film’s third-act sequence, Ultron attempts to raise the city of Sokovia to astronomical heights, in an attempt to use it as a meteorite and destroy the entire planet. So not only are the sky-high stakes dragged out for a much longer period of time, they are more overtly encompassing the fate of the entire planet.

The problem here is that following the success of The Avengers in 2012, every film wanted to have the fate of the world on the line in their climax. From the get-go, the world-ending climax is too big for audiences to relate to. The closest thing to an emotional connection a film can hope to conjure up in this scenario is the audience’s mutual agreement that the world ending would, obviously, be bad. But it’s such a massive event that there is no personal connection there, nothing that taps into the audiences’ own experiences. On top of that, every other blockbuster film having world-ending stakes makes it all just seem like white noise. Audiences grow numb to it and it loses the only base-level effect it ever had.

So then, why does Infinity War work so well? Thanos’ entire goal in life is to destroy half of all life in the universe, with just the snap of his fingers. If anything, on paper, this is just raising the world-ending stakes to an even more ridiculous high, with the fate of the entire universe on the line. But in execution, the Russos, alongside screenwriters Christopher Markus and Stephen McFeely, take a wonderful cue from their immediately prior Marvel film.

In 2016, Marvel released Captain America: Civil War, which was a bold subversion of the standard formula. A plot that seemingly revolved around Zemo attempting to awaken six other Winter Soldiers so that he could destroy the world instead gave way to a much more intimate and emotionally-driven conclusion. Zemo has no use for the other Winter Soldiers, instead luring the heroes to the base to show Tony Stark the footage of Bucky Barnes murdering his mother and father. In doing so, Zemo turns Tony Stark on both Bucky and Captain America and effectively splits the Avengers in half. There are no world-ending stakes here, it is all rooted in character and emotion. The stakes are Bucky’s life and the friendship between Iron Man and Captain America, and yet Civil War had what was easily the most compelling third-act of any Marvel film up to that point. 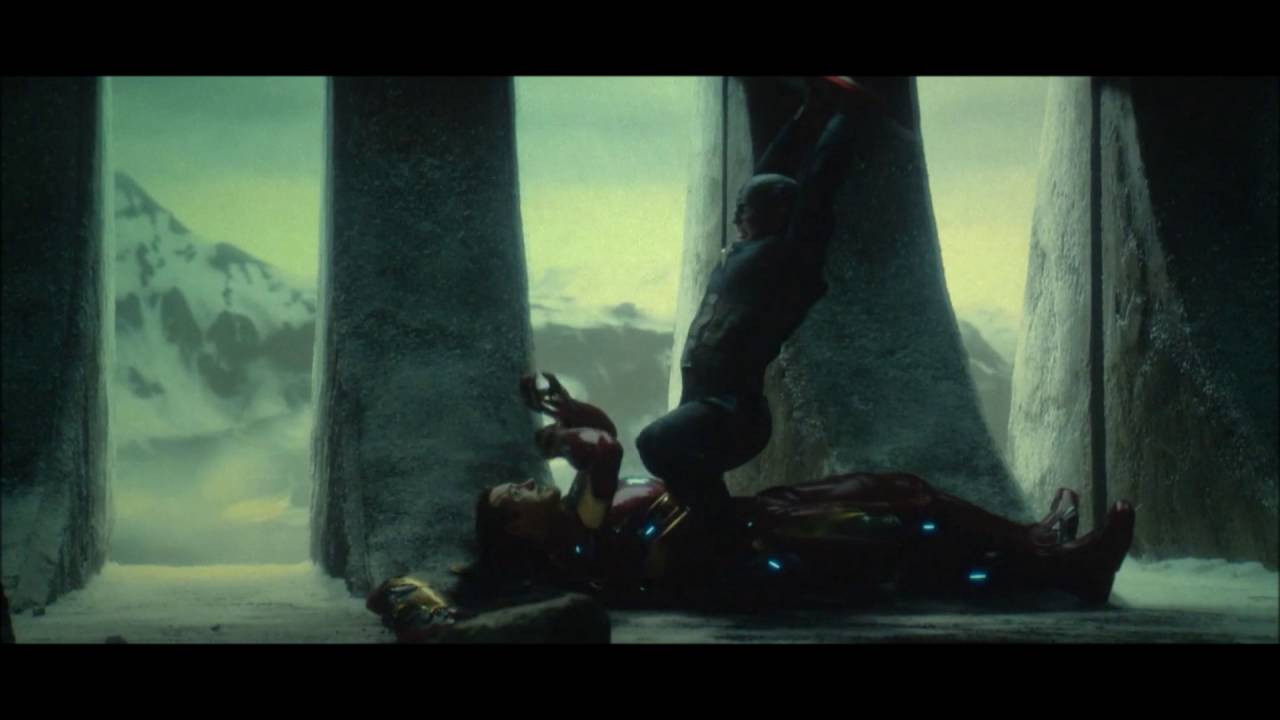 So how would that same creative team tackle a story that, by its very nature, required them to have world-ending stakes and still make it relevant? Turns out that the answer is pretty simple; root it all in character and emotion.

Throughout the entirety of Infinity War’s runtime, the universe is at stake. From the opening frame, Thanos is on the hunt for all six infinity stones and if he gets them, it’s game over. There are numerous sequences of alien invaders decimating sections of locations like New York City, Scotland, and Wakanda. But the film is not interested in convincing audiences that they should care about these cities being destroyed, it instead puts all of its chips on the characters themselves.

In the big third-act battle, the entire nation of Wakanda is in danger, but the stakes are put solely on the life of one character. Vision’s safety is the entire reason the Avengers go to Wakanda and it is also the only reason why Wakanda as a nation even becomes involved in the battle. As Cap says, they refuse to “trade lives” and are all willing to give their all to save Vision’s life. Throughout the fight sequence, the film makes sure to keep us anchored in how close Shuri is to removing the Mind Stone from Vision’s head, with each new layer of added tension in the fight sequence directly relating to how it gets Thanos’ army closer to Vision. 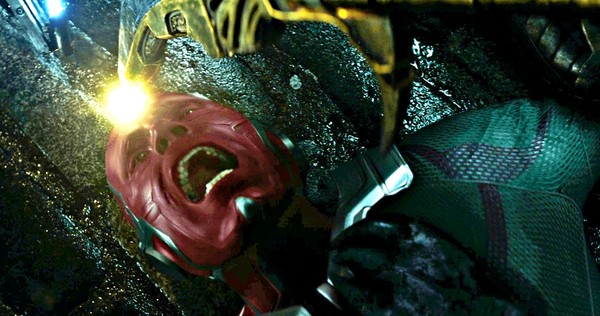 This also gives the villains far more interesting and cinematic motives. In the first two Avengers films, the Chitauri and Ultron’s bots, respectively, both had the sole motivation of destruction. Thus, Earth’s mightiest heroes only goal was to stop them. But here, the villains constantly have a singular individual or object they are after. Sure they’re MacGuffins, but they drive the plot into more complex and interesting territories. Seeing villains whose goal is to acquire Vision rather than destroy Wakanda gives our heroes a more interesting motivation as well that requires more genuine thought than any previous foe.

This isn’t just true in the finale, though. Throughout the film, the stakes are exceedingly personal. Peter Quill’s quest to stop Thanos is solely driven by his love of Gamora. Tony’s entire arc revolves around making the world a safer place for his family (see: his sense of loss and failure at losing his surrogate son, Peter Parker, at the end of the film). Steve Rogers’ arc is centered on him longing to reconnect with those he has been cut off from and refusing to lose any members of his surrogate family. Thor and Rocket build a relationship through mutual loss, with Thor being driven by his distinct sense of guilt over being directly responsible for half of Asgard’s people being eradicated. Even Thanos is painted as an emotionally tragic character, one who is forced to sacrifice everything in order to do what he feels is right.

This is why the film’s climax works so well. Seeing Scarlett Witch and Vision share one final moment as she destroys the Mind Stone, and him in the process, is heartbreaking because it is so thoroughly rooted in their emotional connection. And it’s why it’s all the more tragic when Thanos uses the Time Stone to simply undo that sacrifice, and rip the Mind Stone out himself. All of their love, all of their sacrifice, it was all for nothing and we have to watch as our heroes fail, miserably. 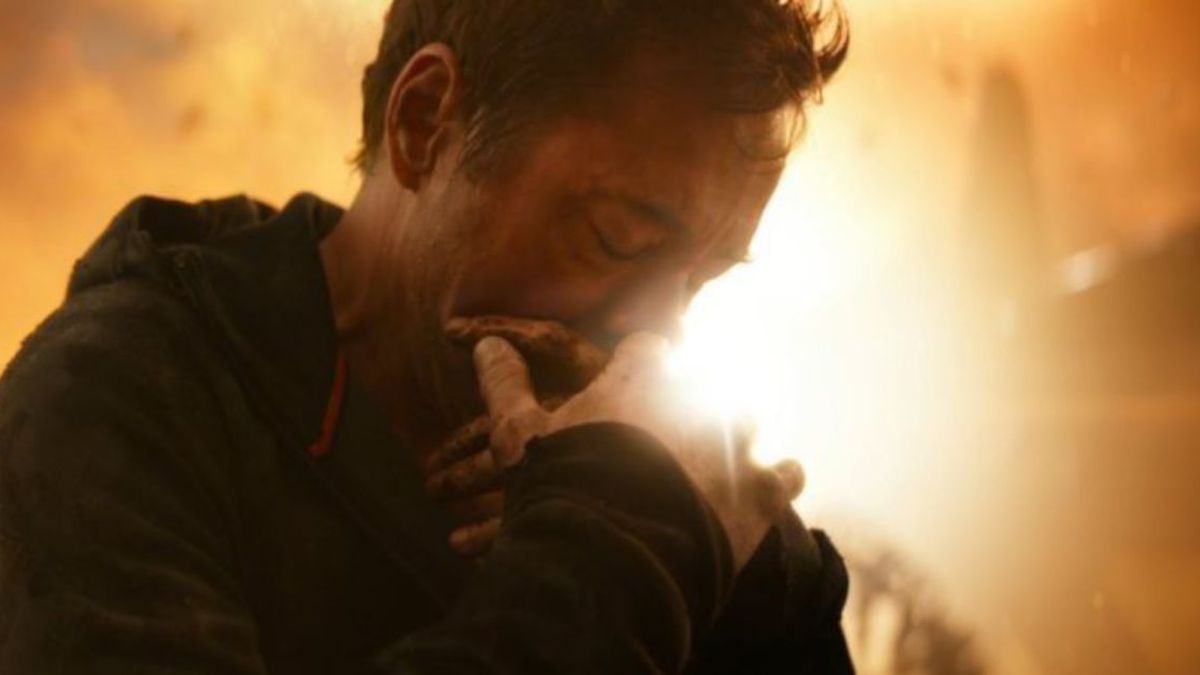 Thanos snaps his fingers and has won the battle. But how the Russos show this to us is what’s of note. They take audiences through a painstakingly crafted gut-punch, in which we are forced to watch some of our most beloved heroes fade into nothing but ash. It’s the most world-ending situation to ever come to fruition in these films, but we aren’t shown it via watching a cast of extras slowly vanish on the streets of New York. We are shown it in the most personal and affecting way possible.

While other franchises are still busy attempting to make audiences care about the ever-rising stakes of world-ending chaos, Marvel has wisely moved on. In Infinity War, the stakes aim for the intimate rather than for the grandiose and the film is far more effective because of it.