Elvis Has Left the Building, But His Comics Legacy Lives On

By Josh Mayfield on January 8, 2013 in Comics News

Yes, Elvis left the building over 35 years ago, but that doesn’t mean we can’t still celebrate his life! What better day to do than this, his 78th birthday! You may be asking: “Shaz-Bot, why should we, the collective geeks of the world give a flying rat’s patoot about Elvis!?” Well, I’ll tell you. Comics had a profound effect of the King of Rock & Roll in general, but there is one character in particular that would shape his very outlook on life: Captain Marvel Jr. 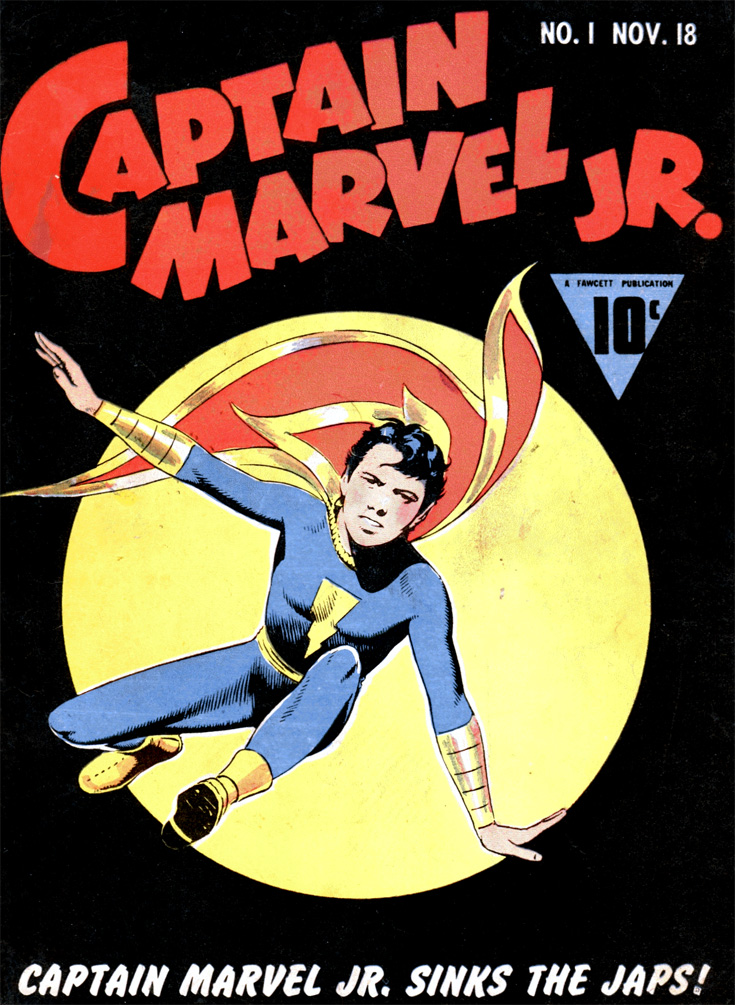 If you want to full, fascinating story, I suggest you peruse the always awesome Dial B for Blog post about the subject, but suffice to say, Cap Jr. not only inspired Elvis to change his look, but also his own personal philosophy. For instance, here’s a side-by-side comparison of the two. 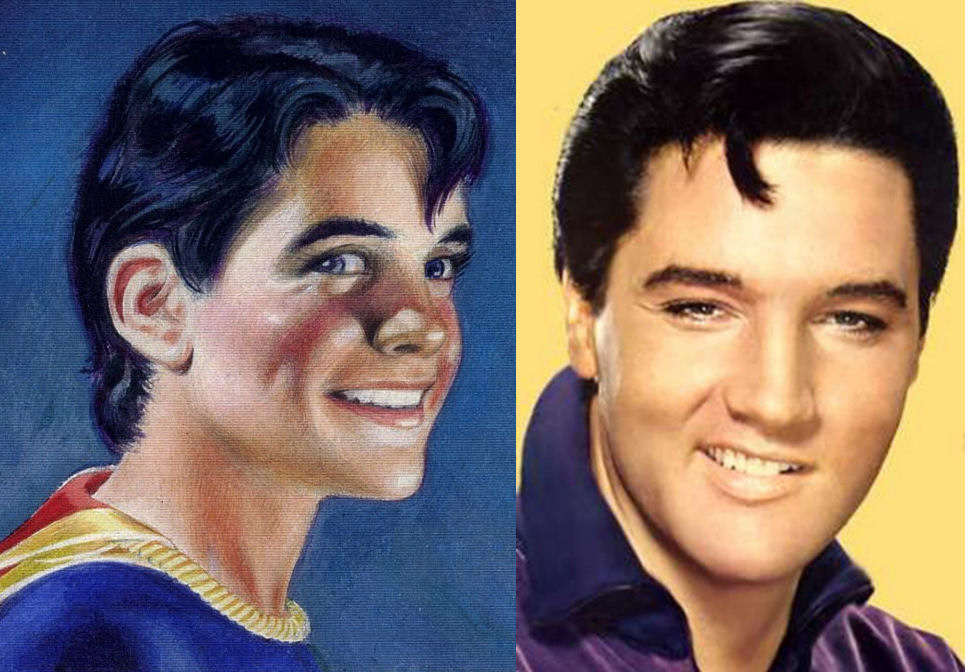 When Elvis made his comeback in the late 60’s, his sense of style also owed a lot to Freddy Freeman, aka Captain Marvel Jr, not the least of which is the cape. 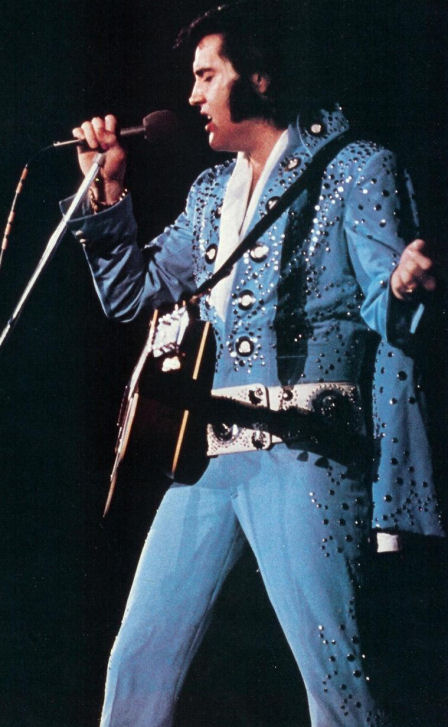 The Elvis of this era also held steadfast to his TCB or “Taking Care of Business” way of life, much of which can also be attributed to his boyhood hero, not the least of which is the lightning motif. 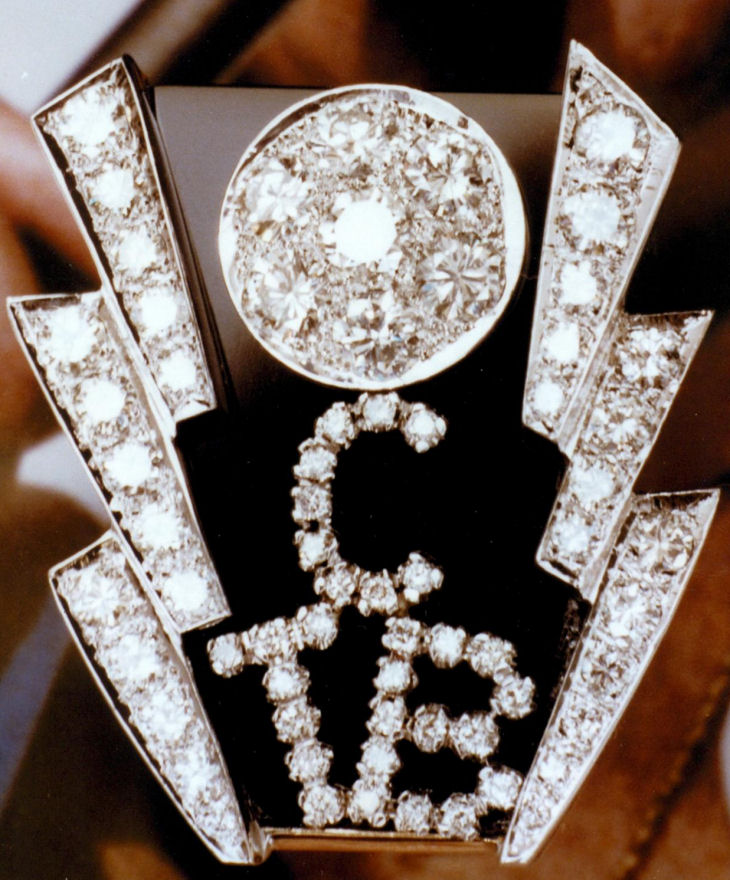 And even though Elvis is no longer with us, the Cap Jr. connection remains, coming full circle in the comics themselves, be it the Kingdom Come version of Jr. “King Marvel” (With Mary Marvel posing as Priscilla Presley): 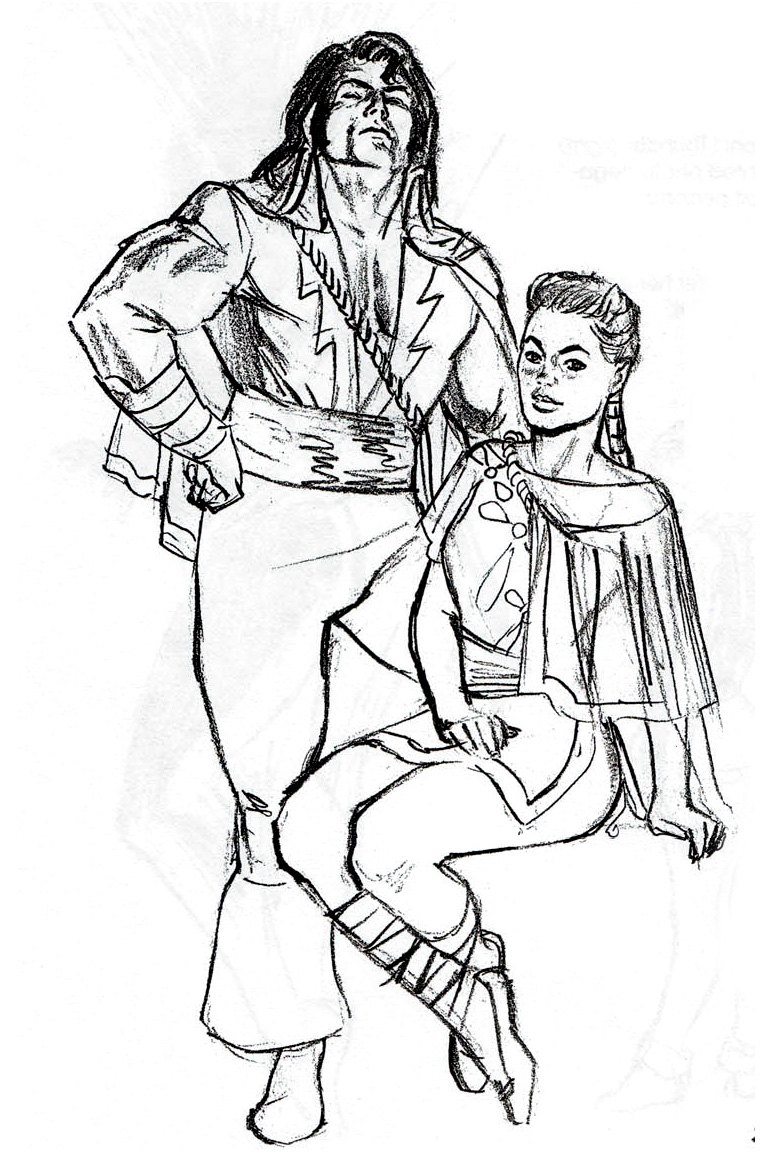 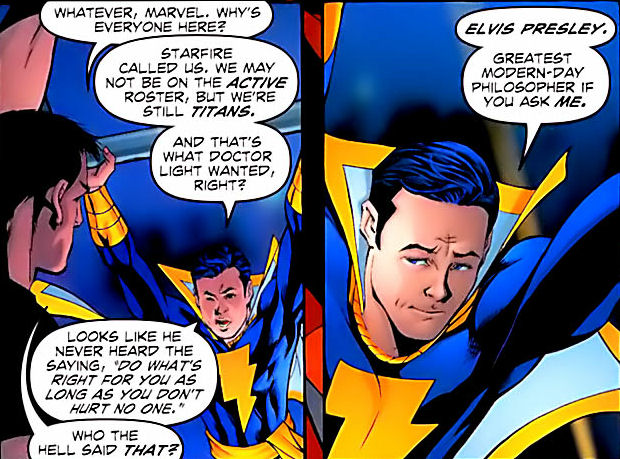 Happy Birthday, King! We’ll miss you Elvis, but your legacy lives on.