In Defense of the Good Guys

By Will Jones on September 12, 2018 in Comics Editorial Movies

At its base form, storytelling as an art form needs conflict in order to survive. Each and every story ever told is, in one way or another, about conflict. To have a protagonist who is troubled in his own right adds an internal layer of conflict to the story, which is an easy way to add depth to the character and the overarching story. The easiest example of the contrast between the good-guy protagonist and the troubled protagonist is DC Comics’ own Batman and Superman

Batman is arguably the most iconic troubled protagonist in all of pop culture history. He fights the bad guys but is constantly dealing with his own demons with varying levels of success. The death of his parents made a huge impact on him, leading to him employing gothic imagery and fear-tactics in order to defeat the same kinds of criminals who committed the crime. At its root, Batman’s desire to fight crime arguably stems more from a sense of vengeance than a sense of justice.

Superman, on the other hand, is known as the big blue Boy Scout for a reason. Like Batman, his parents died, leaving him alone from a young age. Yet, Superman fights crime and saves a planet on which he is an immigrant on a regular basis. He doesn’t do so out of any sense of vengeance or obligation, but rather because he knows it is the right thing to do. 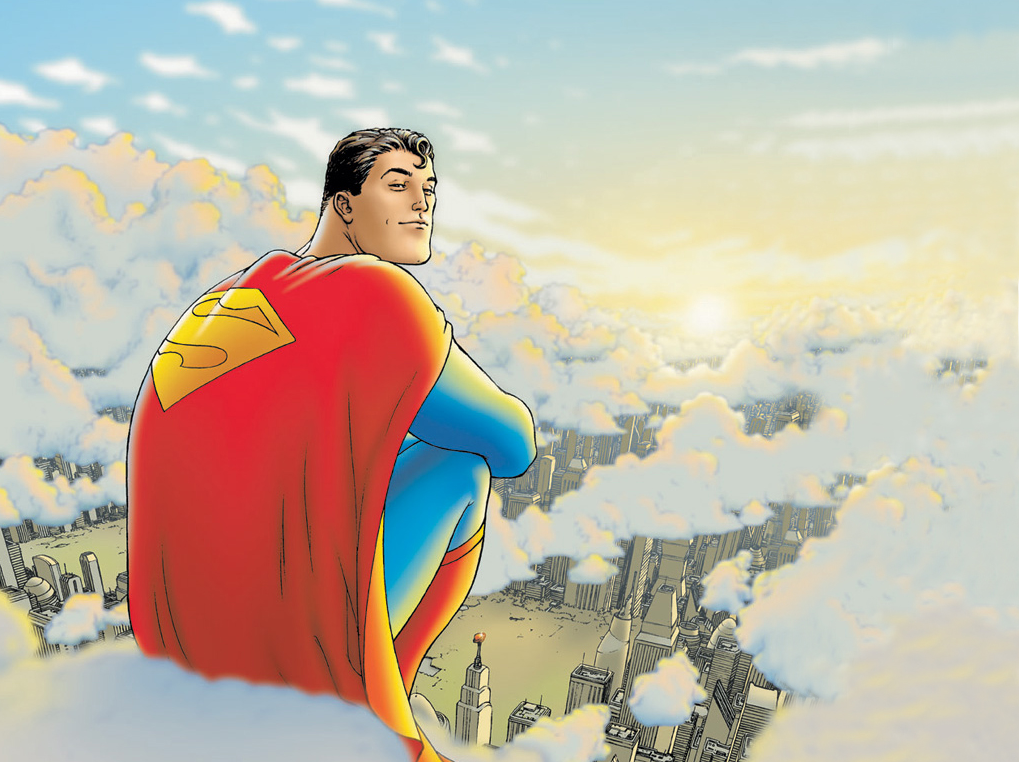 In his best comic book stories, he’s a squeaky clean good-guy, the kind of character who allegedly shouldn’t work in modern film. Which is why audiences got an adaptation like Zack Snyder’s Man of Steel or Batman v. Superman; films that were so afraid of his good-hearted nature that they diluted and manipulated his characterization to the point that he was practically unrecognizable.

But in 2018, something really great has happened. It’s been bubbling up, building for years, but this year in cinema seems to have seen the crystallization of it; for the first time in decades, the good-guys are cool again. This year alone has given audiences three standout examples of just how compelling a great good-guy protagonist can be when done correctly, and it shows why we need them now more than ever.

First up is the adorable bear himself, Paddington Brown. While the original Paddington film saw the ever-polite bear making his way from Dark Peru to London for the first time to find a surrogate family all his own, the sequel thrillingly delves even deeper into the inherent conflict between his good nature and the state of our modern world. He is a good bear facing trying times, and remaining the eternal optimist in spite of it all. He is motivated solely by doing his best to improve the lives of those around. Heck, the entire McGuffin that the story is built around is a pop-up book, as he spends the entire first act attempting to save up enough money to buy it as a present for his Aunt Lucy. 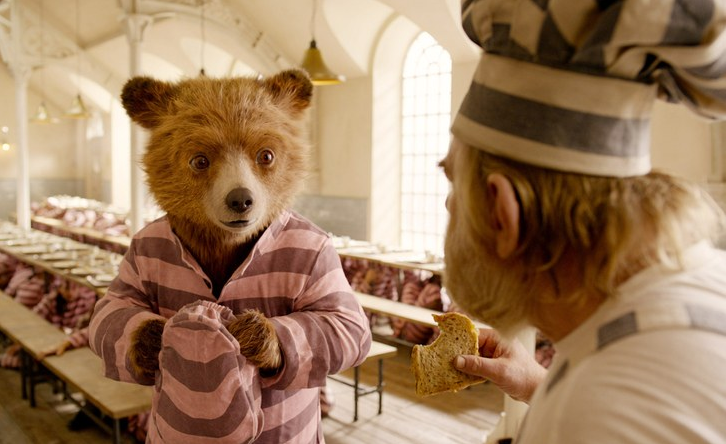 But it’s not just family that Paddington longs to see happy. He improves the lives of all of his neighbors in the first act of the movie, and their lives are noticeably dimmer without him in the second act. Even when Paddington is arrested on false charges of theft, he isn’t angry at the judicial system or the people who put him there. He wants to be free, but his motivations are solely based on returning to his family and getting Aunt Lucy’s gift to her in time for her birthday. And on top of all of this, he manages to turn the cold, grey prison into a place of warmth and color through his use of love, compassion, and marmalade.

In Paddington 2, the conflict comes from Paddington as a character being challenged. The first film cemented that he knows what is right, but this film pushes him to his limits. He’s framed for a crime he didn’t commit, ripped away from his surrogate family, and falsely imprisoned, all of which forces him to question whether or not the world he lives in sees right and wrong the same way he does.

Next up is the original super soldier himself, Steve Rogers. The Russo Brothers have consistently delivered in their Captain America films when it comes to the character’s use and characterization. In both Winter Soldier and Civil War, he was a good man simply trying to do what he felt was right, amongst incresingly dire circumstances. Both of those films saw Rogers having to go on the run from his government when he didn’t see eye-to-eye with them. As Steve himself so eloquently put it, “If I see a situation pointed south, I can’t ignore it. Sometimes I wish I could.”.

In Infinity War, things are a bit more complicated. With Steve still on-the-run following the events of Civil War, he and his team come out of hiding once they hear of the impending attack from Thanos, in the hopes of saving their friend, Vision. And throughout Infinity War, Steve really only has one goal: to not lose anyone. As he tells Vision time and time again, “We don’t trade lives.” 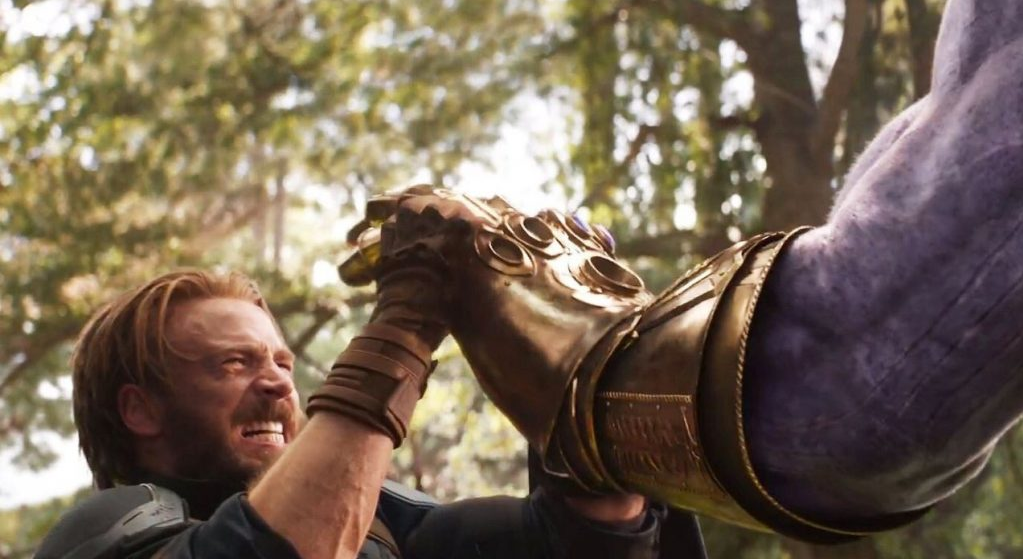 Infinity War has more conflict than it knows what to do with sometimes, but in terms of Steve Roger’s own personal character arc in the film, the primary conflict is rooted solely in the dissonance between his desire to protect all of his surrogate family and the ultimate unfortunate results. You can see it in his face as he holds back Thanos’ gauntlet in the final fight, and you can feel it in his final moment in the film, as he sits amongst the wreckage of Vision’s corpse and can do more than simply utter, “Oh God.”. He is a good man desperately trying, and ultimately failing, to keep his surrogate family safe in the harshest of circumstances.

Rounding out the good-guy trifecta is another agent of the military who’s been known to go rogue before, Ethan Hunt. Hunt had appeared in five films before this year’s Mission: Impossible – Fallout, but none of them had delivered as compelling of a character study as this one. Fallout is an action spectacle, and one of the finest of the year to boot, but it is first and foremost deeply rooted in the character of Ethan Hunt. The film opens not on an extravagant setpiece, as is the series norm, but instead by thrusting the audience immediately into the subconscious of Ethan Hunt, with a nightmare sequence that illustrates his greatest fears.

And throughout the film, Hunt is forced to face terrible decisions, choosing between the lives of his team and the good of the world. He’s forced to choose between saving the plutonium and saving the life of his longest and dearest friend, Luther. He goes undercover as Lark himself, but continuously uproots plans and jeopardizes his own life in the name of saving innocent lives. Even as Hunt is framed for committing crimes and being the mastermind behind the Apostles by agent Walker, he never falters. For as Hunley points out in the film’s first act, Hunt’s greatest strength is valuing the potential loss of one life just as much as he values the potential loss of thousands.

Hunt spends the entire film attempting to overcome these terrible choices he’s faced with, attempting to save everyone and refusing to allow the “fallout of his good intentions” to cost the lives of innocent people. This all culminates in the finale, which quite literally puts everything and “everyone he ever cared about” on the line as Ethan Hunt desperately tries to stop the bombs from going off. In the end, he succeeds, but it is not without a cost. It’s the hardest he’s ever had to fight for what he knows is right before, and he very nearly lost everything as a result.

All three of these are genuinely great films that make great use of these characters and there are undoubtedly some astounding similarities. For starters, the conflict in each case is made internal by challenging the characters’ moral code. Paddington, Steve Rogers, and Ethan Hunt are each forced to make choices that rub up against their perceptions of right and wrong and forced to make hard choices to maintain their own code of ethics. They choose to do what is right, even when doing the wrong thing would be far easier.

And perhaps even more tellingly, each and every one of these characters takes the definition of good-guys in trying times to new heights. All three of these characters become fugitives of the law. Paddington is falsely imprisoned. Steve Rogers is on the run from the government from the very beginning of Infinity War. And when the CIA tries to shut down Ethan Hunt’s mission and bring him in while lives are still at risk, Ethan refuses and goes rogue to do what he knows is right. Even as the entire world around them attempts to force these characters to fall-in-line and simply do as they are told, even as they are threatened with the gravest of consequences, these characters do what they know in their heart is right.

In Geoff Johns’ Superman: Brainiac comic, there is an incredibly touching moment in which Jonathan Kent, Superman’s adopted father, poignantly articulates his son’s greatest power: “Your greatest power is always knowing what is right.” Our modern-day world is unrelentingly awful. There are dozens of headlines each and every day to make you sick, which is why we need entertainment that is willing to embrace the goodness in our protagonists.

It’s certainly no coincidence that after decades away from the limelight, this type of character is gaining momentum in pop culture once again. We live in trying times and it’s easier now than ever before to see ourselves in these characters. Yes, they are what we hope and aspire to be, good people, but they are also faced by a reality that offers them uncompromising choices and by sticking to what they know is right, they persevere. In a troubled world, they are the light we need to see.