The LEGO Group put out word yesterday that they’d be introducing a new theme at New York Comic Con today, and they were true to their word. While I was hoping for a license that’s in the LEGO Dimensions game but not yet a playset, like Portal or The Wizard of Oz, instead we get Nexo Knights.

From their press release:

Story
Set in the futuristic, high-tech world of the Kingdom of Knighton, LEGO NEXO KNIGHTS follows five young knights in their quest to battle Jestro, his sidekick, the Book of Monsters, and their Lava Monster Army. Heroic knight, Clay Moorington, leads the band of knights, including alpha superstar Lance Richmond, hipster Aaron Fox, Macy Halbert, a princess who would rather be a knight, and Axl, the giant. Together, under the tutelage of Knights’ Academy mentor and Great Digital Wizard, Merlok 2.0, they join forces to defeat the enemy.

The sets are kind of a steampunky medieval space futuristic…well…this: 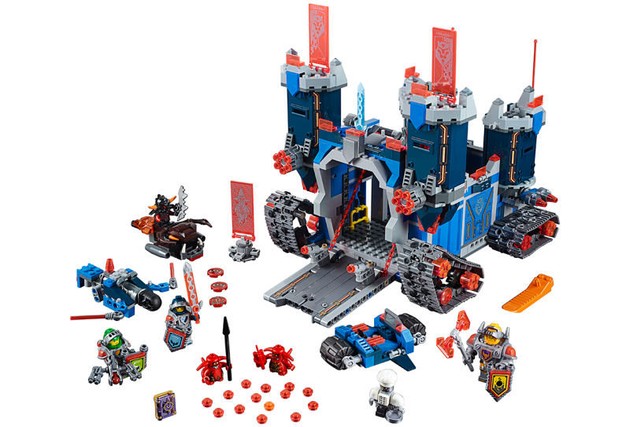 So yeah. A castle, on tank treads, with robohorses/speeder bikes that…yeah. 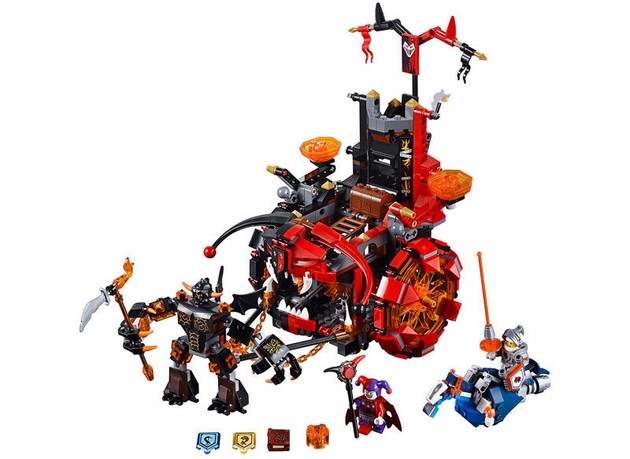 Where this is a homegrown property, they won’t have the licensing fees that LEGO has with the superheroes and Star Wars brands. Their in-house brands are hit and miss. “Ninjago” was, and still is, huge. It’s had several iterations of the cartoon, games, and is getting it’s own theatrical release. The followup was “Legends of Chima,” which never really took off with kids (or adult fans), despite having some cool designs and play features. I’m guessing “Nexo Knights” is intended to replace “Chima.” From a jaded adult perspective, it’s kind of a mess. But it’s the kids that matter. Will they dig it? Here’s a trailer for the accompanying cartoon and app game:

It could work. LEGO Nexo Knights will be on store shelves in 2016. That’s when we find out.