By Quinn Rollins on January 12, 2016 in Collectibles Comics News Television

This one has been in the rumor mill for a while, and it looks like it’s finally here. Or will be, March 1st. Weighing in at 2,526 pieces and $269.99, this will join the ranks of the Ghostbusters Firehouse, Death Star, Ewok Village, and S.H.I.E.L.D. Helicarrier as the enormous-and-beautiful pop culture touchstones that LEGO has rolled out in the last few years. 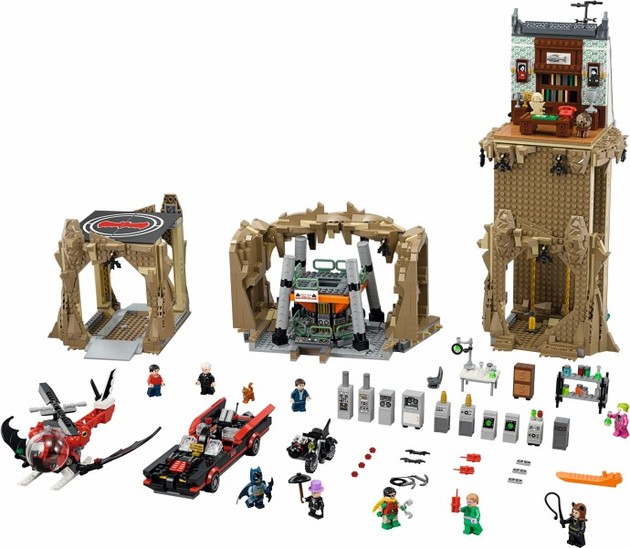 Here’s the press release with the info, with some pictures thrown in for salivation purposes:

Drive the villains out from Batman’s Batcave!

Help Batman™ and Robin™ to drive the villain intruders from the Batcave, featuring a Bat Lab with Batcomputer, plus the Batmobile with stud shooters, Batcopter with flick missiles and the Batcycle. This special model, based on the classic 1960s TV show, also has a Wayne Manor section with an exterior wall to climb on and Bruce Wayne’s study featuring the iconic Batphone and a false bookcase that slides open to reveal the secret entrance to the Batcave. Before spiraling down the Batpoles into the Batcave, change identity from Bruce Wayne™ and Dick Grayson™ into Batman and Robin (separate minifigures included). 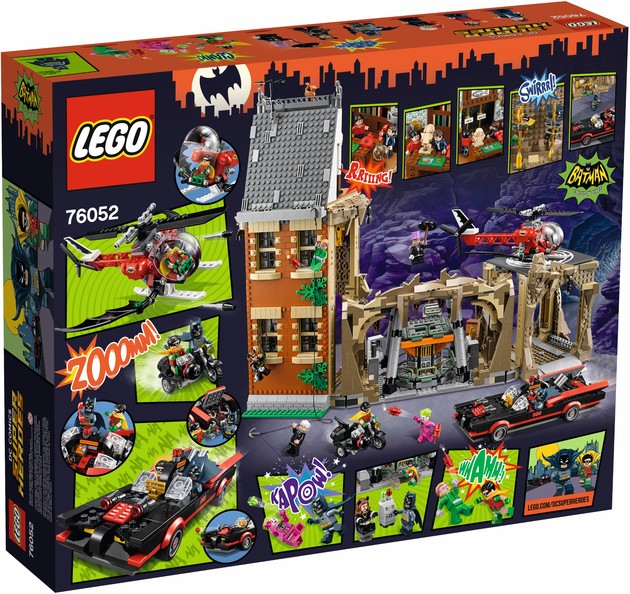 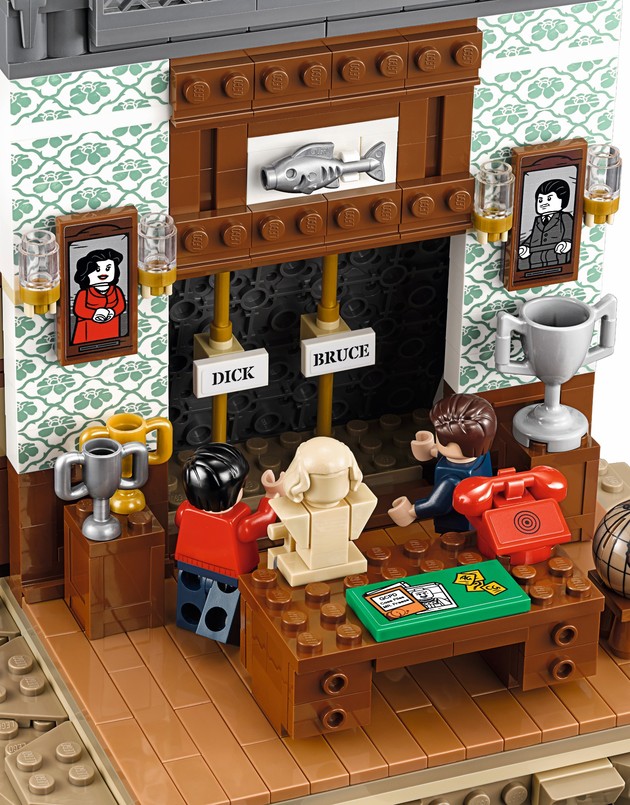 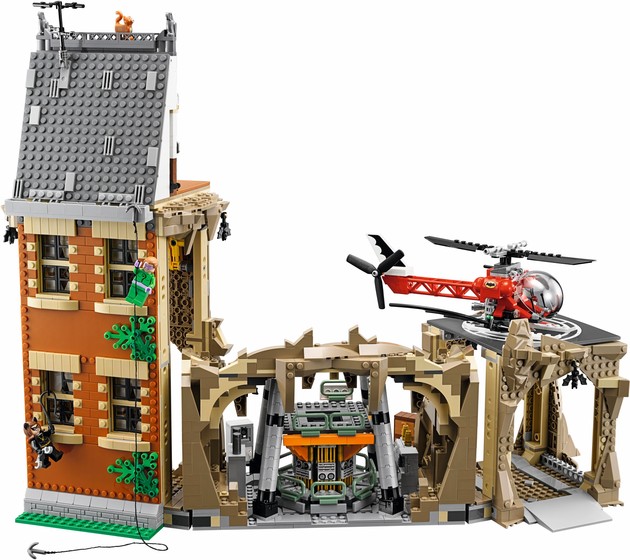 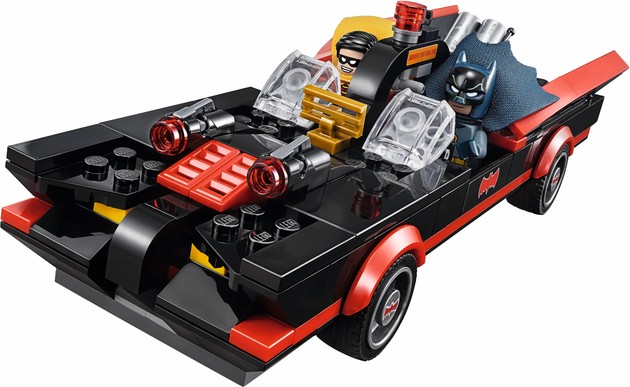 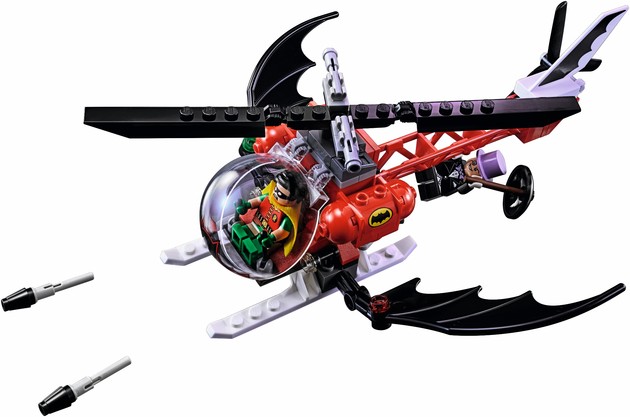 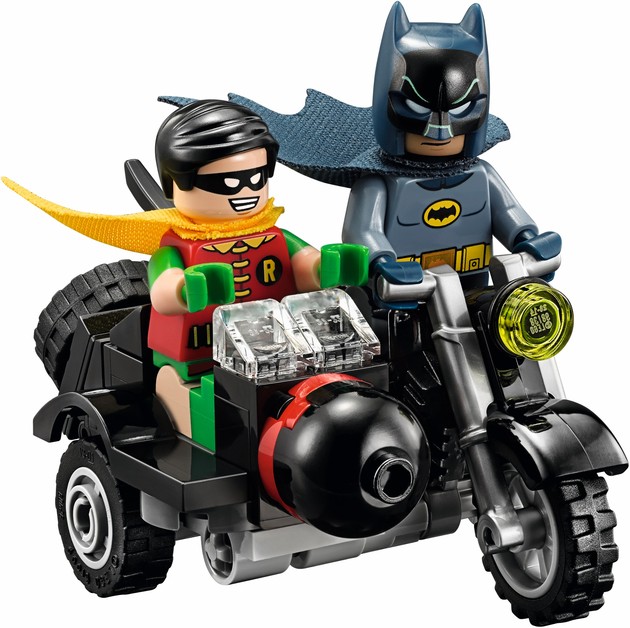 My commentary: I love it. LEGO has had the Batman license for over ten years now, and fans have asked about a classic Batmobile in particular for about that long. Seeing it as part of this set is worth the wait. Personally, I love that with one (albeit expensive) purchase, I can get the Batcave and a section of Wayne Manor and the Batmobile and the Batcopter and the Batcycle and the four most iconic villains and Bruce Wayne and Dick Grayson and Alfred. I mean…really. They could have split all of that up among a dozen sets (knowing LEGO like we do), and instead it’s all here. All of it. Some nerd friends have said “but whither Aunt Harriet?” to which I say, “dead.”

The minifigures are incredible–giving the Joker Cesar Romero’s greasepainted mustache is a must, and the look of all of the other characters is as spot-on. The Batcave is extensive and more detailed than any other Batcave LEGO has released, and even though I’m too young (that almost never happens) to have watched the original Adam West TV series, I grew up with it in reruns, and rewatching some episodes recently, it still has a technicolor charm that can’t be beat. And this version of the Batcave is…well, for a lot of people, it’s a dream come true. As terrible as it feels typing that. But it is.

For an up close look at all of the minifigures and the play features of the set, check out the creator’s video here:

If you’re a VIP member, this is available mid-February; if you’re not, March 1st. Batcave Fund: Engaged.