By Quinn Rollins on June 2, 2015 in Collectibles Reviews Star Wars

If you’re a fan of “Star Wars” (of course you are) and collectibles (I’m guessing you probably are), don’t miss out on a new line of spaceships and vehicles that’s new on store shelves right now. The last year has seen waves of Hot Wheels that are hybrids of cars and the characters (Yoda is a green car with large fins like his pointed ears, Chewbacca a hairy truck with a bandolier), which are interesting but an acquired taste. This line is more traditional, with screen-accurate-ish versions of the most famous vehicles from the Original Trilogy, Prequels, and “Rebels.” 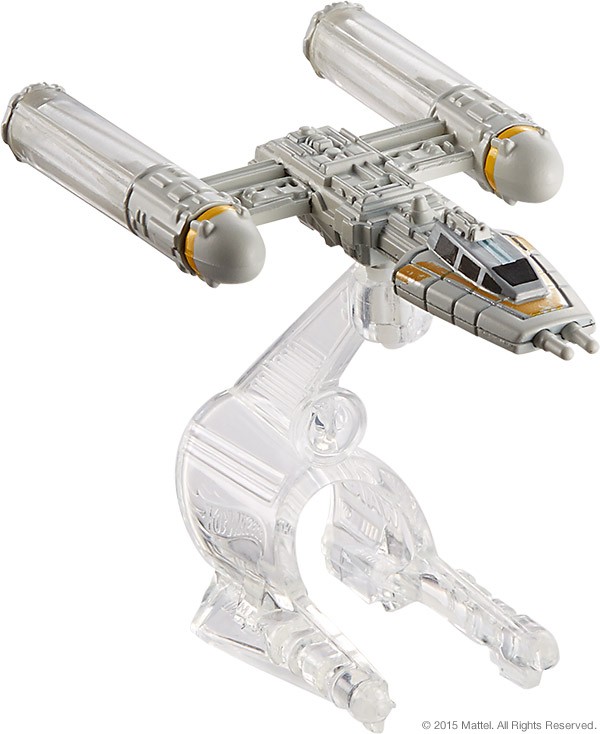 The first wave of five vehicles includes the Milennium Falcon, Ghost, Slave I, Snowspeeder, and Y-Wing Fighter. Each is around three inches long, die cast metal and plastic, with a “Flight Navigator.” This last is a transparent piece of plastic that makes a great display stand if you’re old and have a desk and cubicle, but can also slip over your finger (if you’re either a kid or have very uh…dainty…fingers)(I do)(I’m an artist)(shut up) like a ring, so you can “fly” it around the living room, into the cat, etc.

These are a great impulse buy for those of us that are fans, with enough detail to be accurate models, but enough durability and play value to be a good toy for the pups. At $5.00 a pop, they’re pricier than traditional Hot Wheels, but they’re worth it. My first purchase was the Ghost, but within 36 hours I had picked up the Y-Wing too. You know, for the kids. My boys actually did open them immediately, and they’re playable and swooshable as well as being cool display pieces. I can only assume the Flight Navigators will go missing soon, but they’re really not necessary. 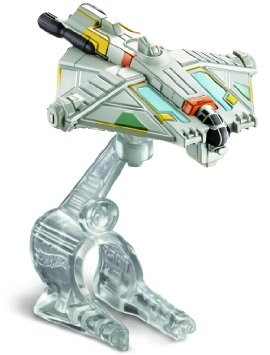 These are on store shelves now; if the store has a Hot Wheels aisle, they’ve probably got these too. Future waves will include TIE Fighters, X-Wings, AT-ATs, Republic Gunships…well, everything. In fact, here’s the picture of 2015’s offerings. 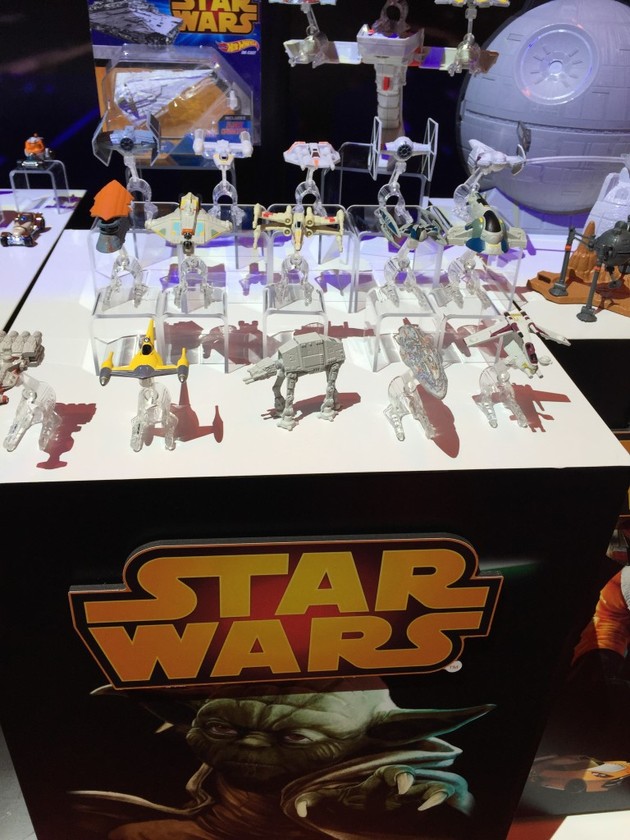 So yeah. If you’re interested, get in on this now. The first wave is just hitting, don’t miss out!