By Quinn Rollins on April 26, 2015 in Collectibles Reviews Television

As Barry Allen has brought more of his teammates into his circle of trust, every series regular except Iris West knows two important things: that Barry is the Flash, and that Harrison Wells is the Reverse Flash–the man who killed Barry’s mother. The thing they’re lacking at this point? Evidence. That’s the sticking point for Caitlin, who sees in Harrison Wells the man who helped her put her life back together, a mentor, an ally, a friend. And he is all of those things. So when the titular question goes unanswered for most of the episode, it’s mostly because she’s having the hardest time accepting the alleged truth. 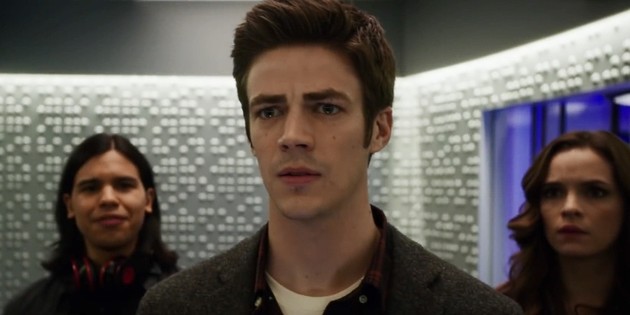 To help answer the question, Detective Joe West and Cisco go on a road trip to Starling City. This affords a crossover of “Arrow” characters Quentin Lance and Laurel Lance. I love how much these two series are crossing over into each other, using characters where they make sense, broadening this reality, not limiting themselves to what they can explain in a forty minute episode. This crossover brings depth to both West and Lance, who share the cop dad/troubled daughter who they’re trying to protect thing. Even better, Cisco and Laurel’s interactions are pretty much everything I wanted. Cisco in complete fanboy boner heaven meeting Black Canary, and Laurel getting some technical help, up grading Canary’s sonic grenade things to a choker-mounted “Canary Cry” worthy of the name Black Canary. I’ve been waiting for that since we first knew a Canary was going to be on “Arrow;” knowing that Cisco is the one responsible for the tech and the “Canary Cry” name makes it all the better. 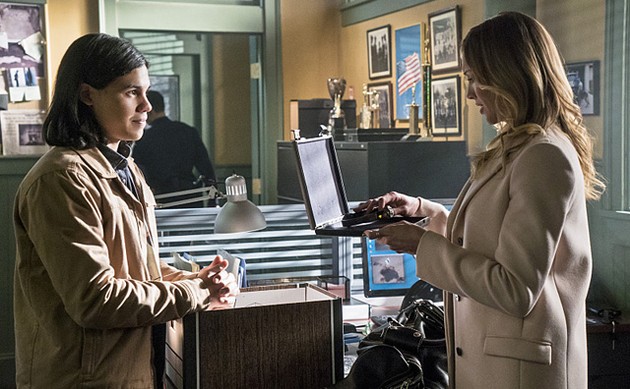 At home in Central City, a shapeshifting villain is on the loose. Hannibal Bates is able to take the form of anyone he touches, which makes him a slippery fella to get into custody. He’s been committing robberies, then getting caught on surveillance camera. It gives the mimicked dupe a hard time proving their alibi. That comes closer to home, when he takes Eddie Thawne’s appearance and shoots two Central City police officers. This puts (real) Eddie in police custody, and it’s up to the Flash and Caitlin to get him back out.

There are some good discussions of justice and law and order and chunk-chunk, and we get a little more with Captain Singh and the Central City DA, who I actually both like. They seem competent and good, which is nice, because I assume if we’re going to get Henry “Geezer Flash” Allen out of the slammer, it’ll have to involve that DA somehow.

The shapeshifter also provides some nice moments; a total cop-out way for us to see an out of character Barry Allen (because it’s not really him!) getting all dirty flirty with Caitlin, some actual police work from Eddie and Barry, and a final battle between Barry and Hannibal Bates that has Bates changing faces to each of his previous facades, so you have Iris fighting Barry, and eventually Barry fighting Barry. As villains-of-the-week go, he’s fun. 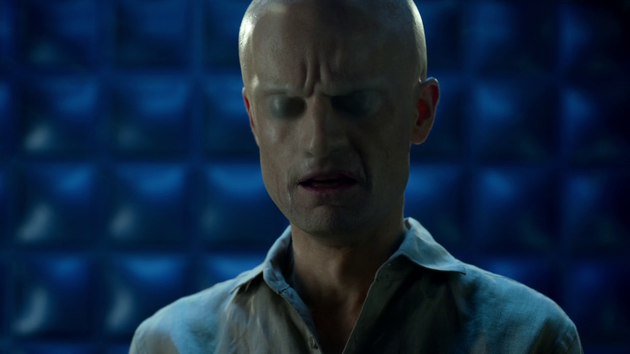 As a complete aside, as techy sidekicks go, I freaking love Caitlin Snow and Cisco Ramon. I like the actors playing the characters, but I love what the writers and producers have brought to them. When they announced the names, and they’re both alter egos for the villain Killer Frost and the hero Vibe respectively, I thought I’d be biding my time, waiting for them to take on their villainous and heroic mantles. But no. I love the characters as they are. They’re well thought-out, and screen time with them isn’t just me waiting to see the Flash again. Whether they become their Killer Frost/Vibe versions in season two or four or never, I’m fine with them the way they are. When/if Caitlin ever tips over the edge into super villainy, it’ll be heartbreaking. Which is exactly what it should be. Um….that’s all. I like her. And Cisco. Great characters I never thought I’d like. Well done, Flash tv-people. 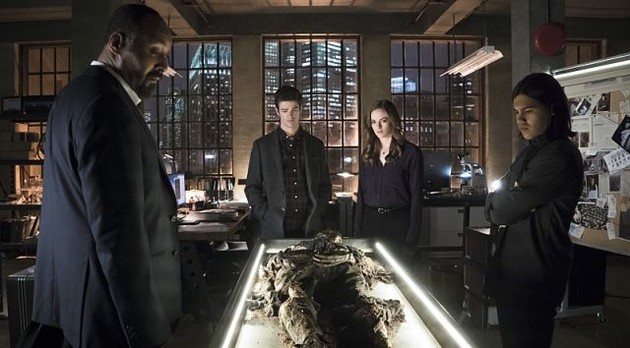 So does the team ever answer the question? Who is Harrison Wells? In the final minutes of the episode, they do. Sort of. They find the evidence they need to convince Caitlin that “Harrison Wells” died on a road outside Starling City, and that their Harrison Wells is somehow from the future, with his Reverse Flash-cave hidden within the walls of S.T.A.R. Labs ever since. Things are building towards an epic confrontation; with four episodes left in this first season, things will happen fast.