By big-shiny-robot on September 16, 2013 in Collectibles News Video Games

Maybe I’ve just been living under a rock for the last few months, but I can’t figure out why The Elder Scrolls Anthology didn’t get more attention prior to release.  I mean, it’s The Elder Scrolls. All of them. In one box. That’s amazing! 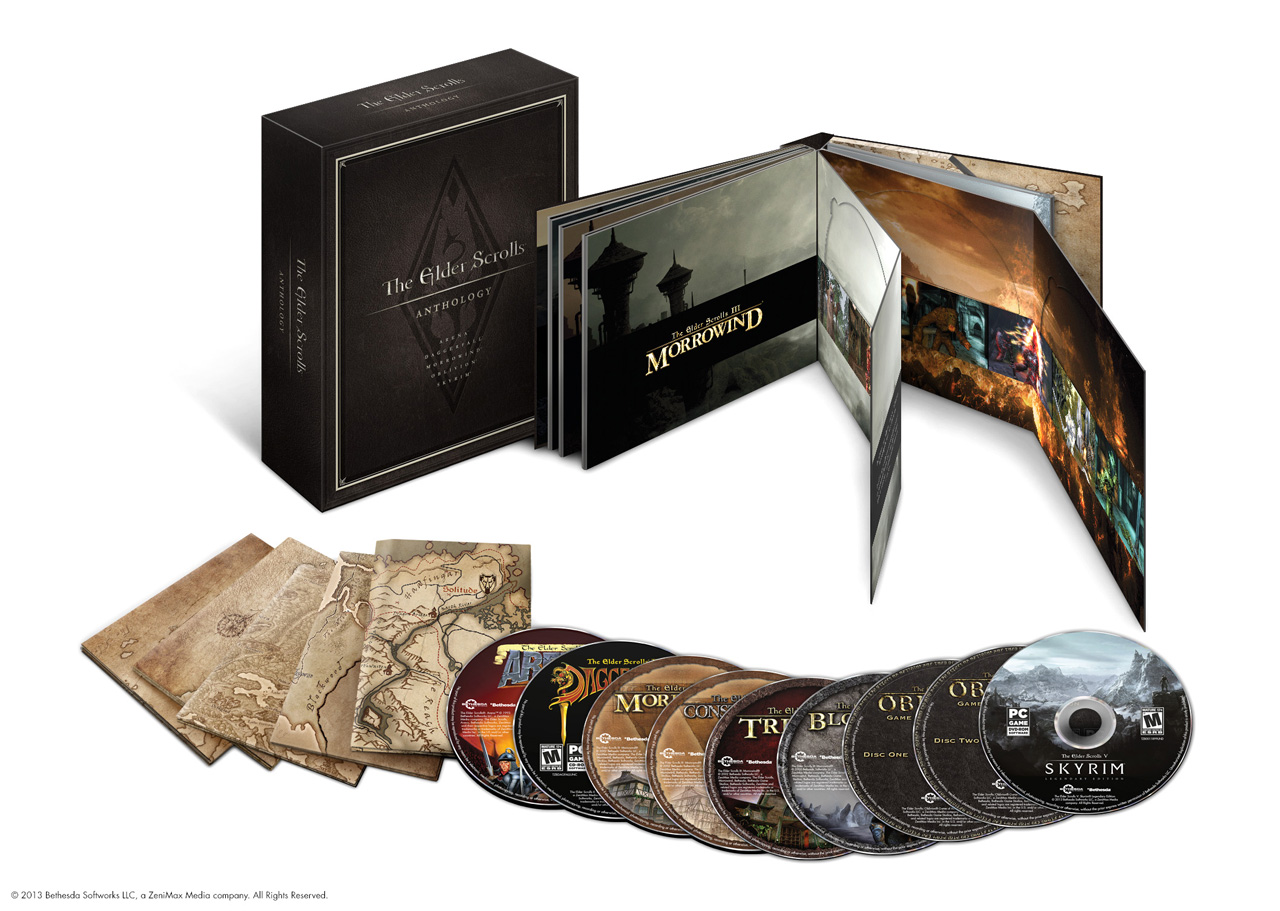 For those that don’t know, The Elder Scrolls is a series of open world RPGs set in the fictional land of Tamriel. It’s straight up fantasy, giving you magical powers, swords, shields, and occasional companions to help you on your quest to save the world. This newly released collection contains every game from Arena (released in 1994) to Skyrim (released in 2011), with all the DLC packs and expansions to go along with them. And with the modding community for the last three games, Morrowind, Oblivion, and Skyrim, free user created content will keep you busy long after you’ve beaten the main story.

I have such fond memories from all of these games, spending hours and hours just exploring the world, finding hidden secrets, doing random quests for random people who didn’t seem to mind that dragons might destroy their entire town while I was distracted gathering plants for them. And now that I think about it, even with the massive amount of time I’ve sunk into these games, I can’t recall ever finishing the main story in any of them. Each one is just so packed with content.

Of course, the cynic in me is saying that this is a little bit of a cash grab. I wish that little part of me would shut up, because really I’m more excited than anything. But really, why would you release a collection of something that wasn’t complete yet? Unless this is Bethesda’s way of saying Skyrim was the last Elder Scrolls. It would be a pretty heartless way to do it though, and for such a popular franchise, I don’t see any good reason to end it out of the blue. So yeah, cash grab.

The anthology is a PC only release with a price tag of $79.99. It all comes in a pretty box, with physical maps of the areas each game takes place in. If you’ve never played any of these games before, and enjoy fantasy RPGs in any capacity, I’d advise you to check out this collection.