By Quinn Rollins on October 30, 2015 in Collectibles Comics Editorial

Yesterday I was in Target. Ostensibly I was looking for some Halloween decorations or something, but I wandered into the t-shirt section to see if they had anything new and geeky. Because what I need is more geeky t-shirts. A DC Comics shirt caught my eye. Forty different heroes and villains (mostly heroes) on a black t-shirt. It’s beautiful. 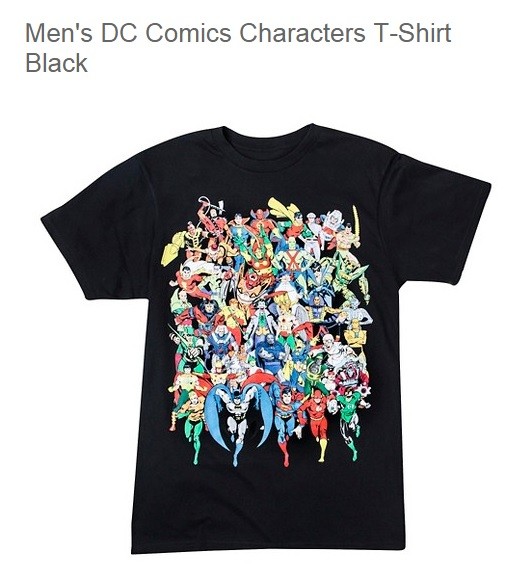 That’s the clearest image I could find of the shirt from Target’s website. What I love most about it is the particular era of characters and artwork that it represents. Most if not all of the charactes are drawn by Jose Luis Garcia-Lopez, who came up with the style guide for DC Comics in the early 1980s. It represents the “Bronze Age” of DC Comics history, when they had a satellite in orbit, and before the Crisis on Infinite Earths happened. Before Frank Millers “Dark Knight Returns,” before “The Killing Joke,” before a veil of darkness obscured the joy of the DC Comics I grew up with. I love every character pictured on this shirt.

But there are dozens of others that are missing. Not only missing, but blatantly missing. There’s not a single female character on the shirt. Looking at the characters on the shirt, they represent a particular time period, but also a particular branding, “Super Powers,” which was a line of action figures in the 1980s. That line only had one female character, Wonder Woman. Batgirl and Supergirl were both in the wave on the way when the line was canceled. Cool. Whatever. The shirt also includes about twenty characters who didn’t make it into the Super Powers line. So. Off the top of my head, this is who’s missing from the shirt that I would include:

This is off the top of my head, without Wikipedia or whatever. This also doesn’t include Fire, Ice, Vixen, or Miss Martian, who I would include but I believe they all came after this time period. Vixen just barely, Miss Martian by a lot.

Oh yeah, there are some villains on there. So add:

Well, but, what if Jose Luis Garcia-Lopez never drew those characters in that style? Target/DC Comics licensing couldn’t just whip up some ladies in his style and shoehorn them into the shirt. That would be weird, and possibly unethical. Welp. 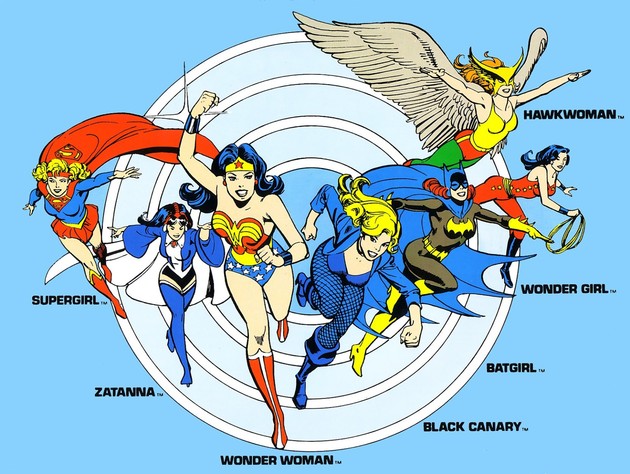 In every team shot in Garcia-Lopez’ style guide, the women of DC Comics are there alongside their male colleagues. Not in a 50/50 proportion of course, but definitely represented. Often front and center. 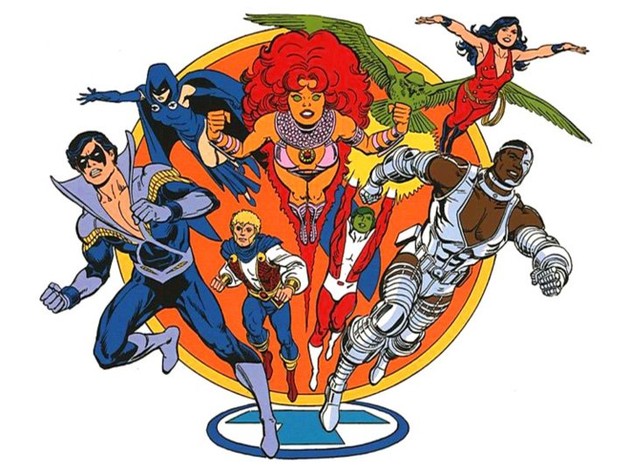 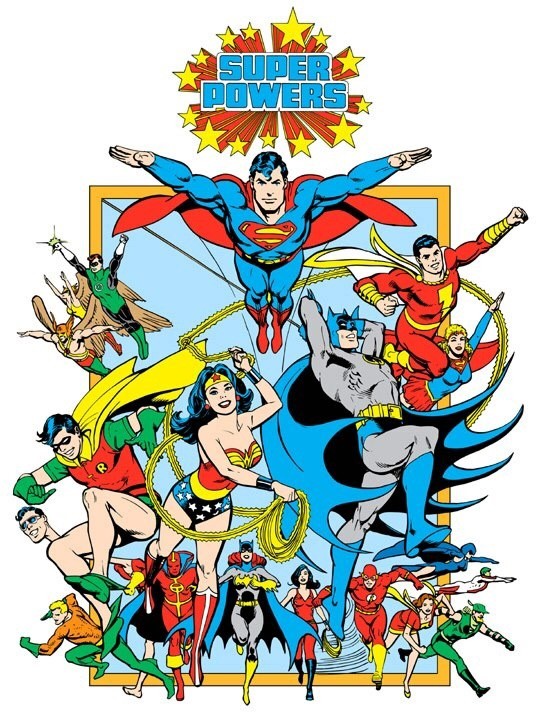 I can’t believe that DC Comics licensing (or Target, I’m honestly not sure who would be to blame here) went through the image vaults or files or whatever and left out the women of DC Comics accidentally. Because they’re all over the place in the style guides. And they’re used on other merchandise. I also don’t believe that it was done out of malice or some kind of anti-woman agenda. It was probably done with the idea that “men won’t buy a DC Comics t-shirt with chicks on it.” So some marketing dude made the conscious choice to exclude them. Not just exclude, but remove.

I’m not a person who notices things like that necessarily. Recent years and events have made me realize it more, and I like seeing progress like finally giving LEGO Wonder Woman her Invisible Jet this year — but it’s not something I generally complain about. But this is too blatant to overlook. It’s offensive. I didn’t buy the shirt. I loved who was on it. I can’t get over who was left out.