I used to think that I wasn’t a “mystery guy.” I read just about everything. Non-fiction, fiction, sci-fi, historic fiction, YA novels…I read way too much, when it comes down to it. But I’ve never read mysteries. Growing up my mom was always reading Sue Grafton, Perry Mason, even Agatha Christie. Which may be what pushed me away from them. A few years back I got on board with a series by Tana French, and I’ve continued on with that. In 2012, I found a new series that I immediately loved, Alex Grecian’s Murder Squad. 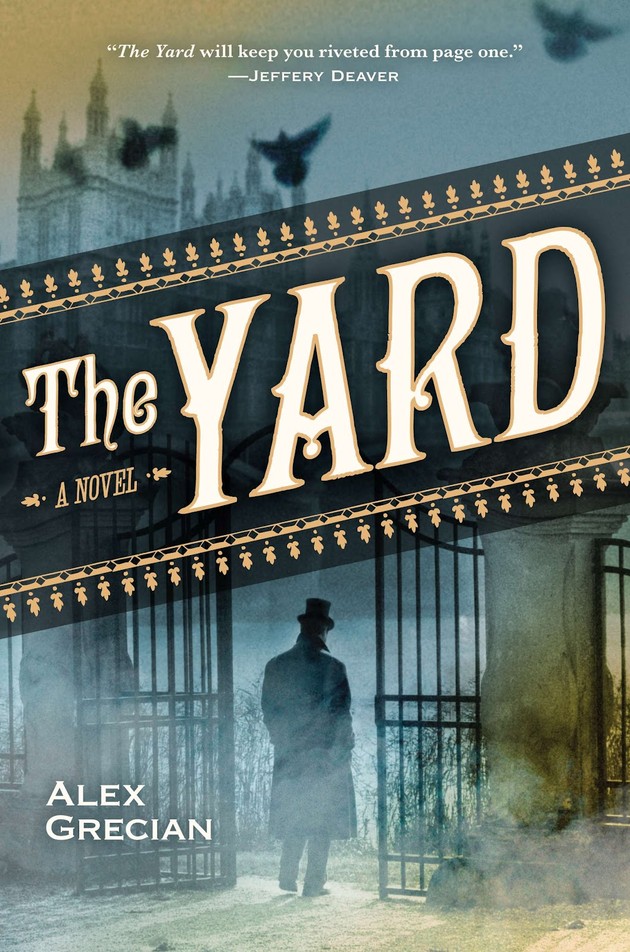 The first book in the series, “The Yard” has Victorian London’s Scotland Yard refocusing their efforts after their failure to capture Jack the Ripper. It introduces us to the dozen detectives that make up the Murder Squad. The book series focuses on Walter Day, a new detective to the squad. He’s stolid, he’s not brilliant, but he’s very good. A rule follower, newly married, and open to new ideas, Day is a good cop. He works with various detectives in the books, but Nevil Hammersmith is his most frequent partner, brave, slovenly, with a gift for getting shot and stabbed and poisoned and…well, a lot of bad stuff happens to him. My other favorite character is Dr. Bernard Kingsley, a prototype of a medical examiner in an era before DNA analysis and even before blood typing. This period where even detective work is just getting started is a fascinating setting for crime novels, and Grecian makes the most of it. “The Yard” puts them on the trail of a serial killer with the macabre practice of sewing up his victims eyes when he’s finished his grisly work. The descriptions are vivid, but not so horrible you feel like you need a shower afterward. 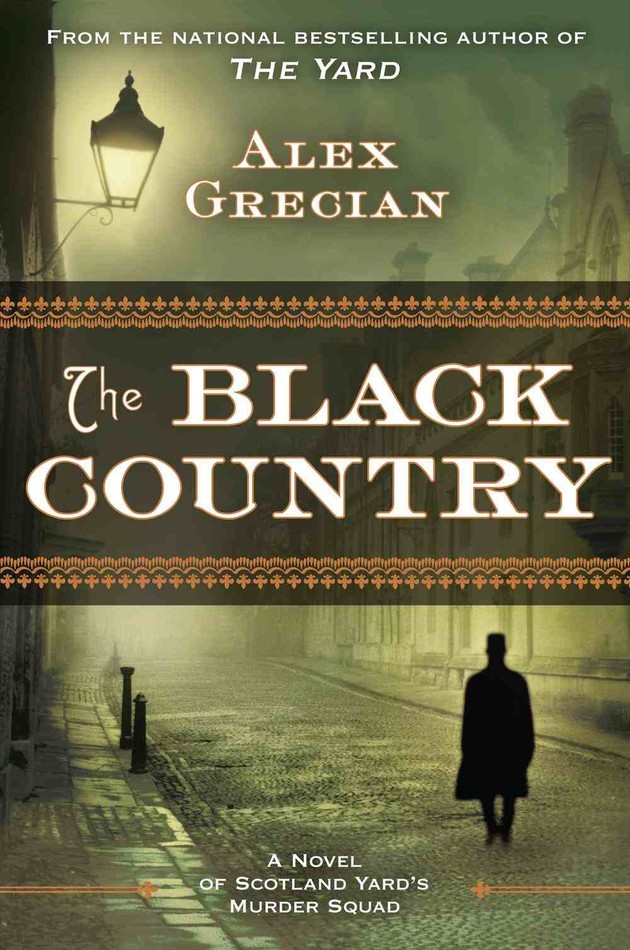 The second book in the series “The Black Country” takes the detectives out of the city and into the coal country in Northern England. A town is sinking into the earth, a family disappears, and the supernatural may be to blame. Day, Hammersmith and Kingsley hit the road to investigate. The town is inbred and full of secrets; the book reads like a cross between “Hound of the Baskervilles” and “Deliverance.” It advanced the story of the Murder Squad while taking it out of London; a good move. 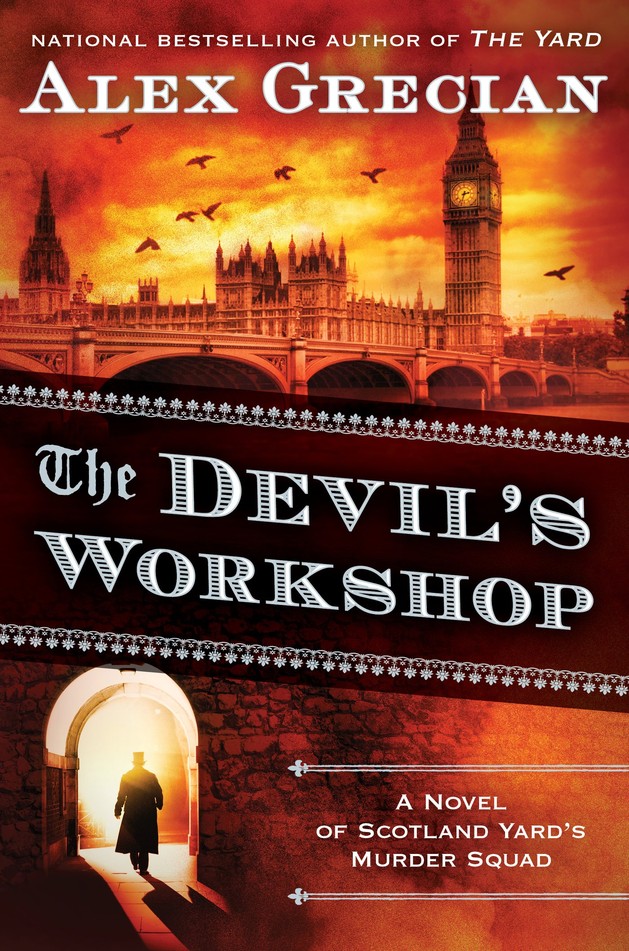 I just finished “The Devil’s Workshop,” and it continued Grecian’s run of telling suspenseful stories with enough grisliness to be visceral, and enough excitement to be a page-turner. This one is set entirely in London, where a prison break that would be great on the big screen sets murderers free. These include villains that the Murder Squad had put away, and the force that’s already stretched thin is pushed past its limits.

In the course of the novel, the Murder Squad uncovers villainy as great as the murderers put on the streets. A group of London’s citizens has taken it upon themselves to bring vigilante justice to the criminals. The legal system is too slow, too gentle on offenders, so a group of men (including former policemen) has taken part of London’s buried Old Town and turned into an “Arkham Asylum” of sorts for the worst of the worst.

A strength of these novels is Walter Day and his relationship with his wife Claire. For us their Victorian customs come across as quaint and even weird, but there’s a sweetness at the core of their relationship that balances out the horrors in the rest of the book. In “The Devil’s Workshop” that domestic bubble bursts, right as Claire is giving birth to their first child. The hunt for the murderers released in the jailbreak moves beyond London proper and into the suburbs, and Day’s life will never be the same.

If you’re a fan of mysteries or crime novels, and you haven’t joined the Murder Squad, you should. There’s a 40-page ebook “The Blue Girl,” that I just downloaded, and the fourth full-length novel “The Harvest Man” is coming later this year. It’s a fun series, with an engaging cast of characters and some chilling crimes. Perfect for any time of year.