Children are born explorers, their penchant for asking questions equal only to their inability to feel fear or understand mortal danger. They imagine themselves as Indiana Jones, Captain Hook, or Neil Armstrong diving into dark caverns, sailing the high seas, or plunging into the vastness of space in search of lost treasures and forgotten truths.

Cruz, a young boy living with his father in Hawaii, has gained an invitation to the secretive and elite Explorer Academy. There, he’ll have access to some of the world’s greatest minds, cutting edge technology, and vast unexplored regions. He’s leaving his father, and his best friend, behind and travelling to the mainland, to the site of his mother’s death in search of truths both personal and unknown. He just needs to catch one more wave before he goes.

That’s when things start to go down hill. Cruz hits the water and something latches onto his ankle. In the murky depths he sees the source, a scuba diver dragging him to a watery grave. Cruz escapes with only a scrape but he’s worried. Why would someone try to kill him. 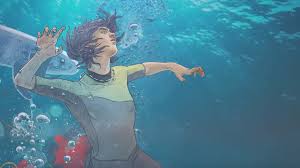 At the Academy, the mystery thickens. Someone is out to get him and it has something to do with his mother’s research. Cruz has to survive more than just the grueling school schedule and the pitfalls of classmate relationships. There are dangerous augmented reality missions, intense research, and mysterious men out to get him. Can he run the gauntlet of life at the Explorer Academy long enough to discover the truth about his mother? And can he do it without losing his life? Or worse, getting expelled.

Explorer Academy is a thrilling adventure that puts kids in the driver’s seat. It introduces readers to new technologies, exciting locales, and a sense of discovery and exploration, as they follow Cruz in his efforts to save the world and stop the evil and mysterious Nebula.

Explorer Academy: The Nebula Secret sets the stage for an around the world adventure with the potential for severe consequences and incredible reward.

There are moments, within the narrative, where the underlying message of Explorer Academy (science, exploration, and conservation) is a little ham-fisted. But that will be lost on young readers, who are the core demographic. In fact, the overt nature of the important underlying message might be best served by not hiding in the shadows.

Cruz and his friends present a varied collection of young people for this generation of children to identify with. In a world filled with YouTube personalities and “chosen ones,” Explorer Academy tells kids that all they need to save the world is perseverance, bravery, and a sharp mind. 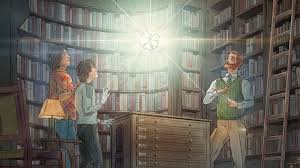 Once the story is over, supplemental materials at the back of the book give readers a road to real science and exploration and introduce them to the real-life scientists who inspired the book.

Many a scientist or explorer has credited genre fiction with inspiring them to pursue a career in those fields. It isn’t unlikely that someone reading this book might grow up to bring its pages to life.

Acknowledging that life often imitates art, Explorer Academy: The Nebula Secret is an important and entertaining addition to the pantheon of children’s fiction which posits a world that isn’t perfect, but which can be, if only we’re willing to fight for what’s right, no matter the cost.

Explorer Academy is available wherever books are sold.