By Jon Fairbanks on July 13, 2011 in Anime Collectibles Reviews Television

Transformers is big money right now and for those long time fans some of the older cartoons are finally making their way onto DVD thanks to those magnificent people at Shout Factory. But there’s one series which many people didn’t ever know about and that is Transformers: Headmasters. The Transformers series though incredibly popular in America may have been slightly more popular in Japan, and so after broadcasting all of the episodes of the American version in Japan and finding the series was soon coming to a close Takara (The Japanese toy company in charge of Transformers) decided to keep the show going, thus Transformers: Headmasters was born. 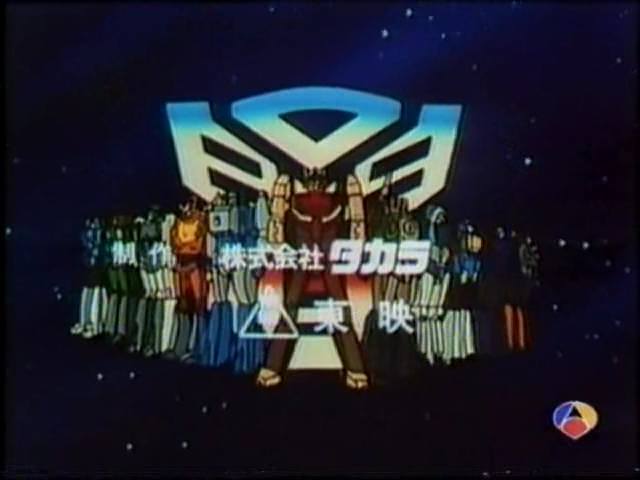 The story of Headmasters takes place six years after The battle with Unicron when a renegade group of transformers known as the Headmasters attack Cybertron. These Headmasters have special powers unknown to the original transformers but luckily for the Autobots a select few good Headmasters come to spoil the fun and help lead the charge against the Decepticons.

This 35 episode series is in it’s original Japanese Language with English subtitles and is a bit darker then the original series. There is some mild language and some characters even die. The human Spike is still in the show but his son Daniel and his friend “Wheelie” a motorbike Transformer are the main “kid portion” of the show. Also I was delighted because the only Transformer toy I ever owned as a kid apparently was from this series, that being Sixshot a transformer which had six different forms. The story is somewhat hard to follow at first especially if you had forgotten most of what happened in the original series, but after a quick refresh of the characters I started to remember who everyone was.

The series is actually pretty good, and probably a must have for any big transformers fan. If you weren’t big into the original US series, I would get those first which are also available at Shout Factory and run through them before picking this one up, but it’s a great addition to the story. The Headmasters DVD is currently available for $24.98 plus S&H from Shout Factory’s website.