And the verdict? I really liked it! I watched it on Hulu, and it airs the first and third Saturdays of each month. What? Only two episodes per month?

Warning: Spoilers ahead. Though if you’re roughly acquainted with the storyline of either the original anime or the manga, you’re probably okay.

This first episode is titled “Act 1: Usagi,” exactly like the manga. This is our first hint that the new series will follow the manga a bit more faithfully.  By comparison, the original anime’s first episode bore the title “The Crybaby: Usagi’s Beautiful Transformation.”

And the opening theme song’s lyrics drive home the fact that the show is about strong females: “We will fight on our own without leaving our destiny to the prince . . . we are not helpless girls who need men’s protection.”

If you already are familiar with the story, there’s really nothing new here. The episode opens with Usagi running late for school after dreaming of a princess in a long white dress. She’s a crybaby and a klutz who does poorly in school. She meets a mysterious cat with a band-aid on her head. Her friend Naru’s mother owns a jewelry store, and mysterious villains are looking for a Legendary Silver Crystal (ginzuishou). The cat, named Luna, reveals to Usagi that she’s a chosen guardian. The brooch helps her transform, but unfortunately it doesn’t give her anything like bravery or the ability to ace her school exams.

Feeling low about her grades, Usagi accidentally hits a well-dressed man with her schoolwork, and we learn (but she does not) that he’s looking for the crystal, too. He calls her bunhead (odango atama), and their first meeting does not leave the greatest impression upon either of them. 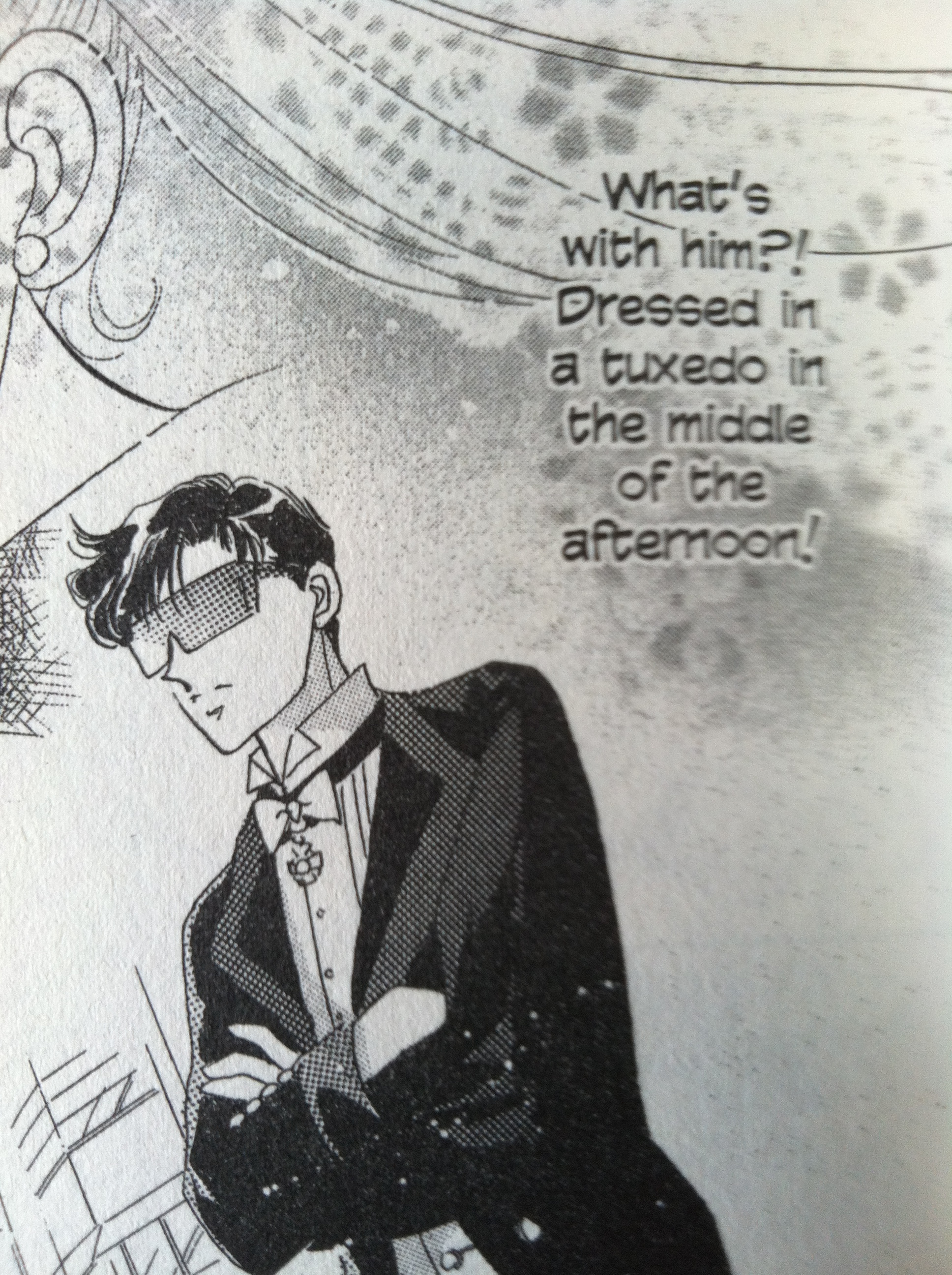 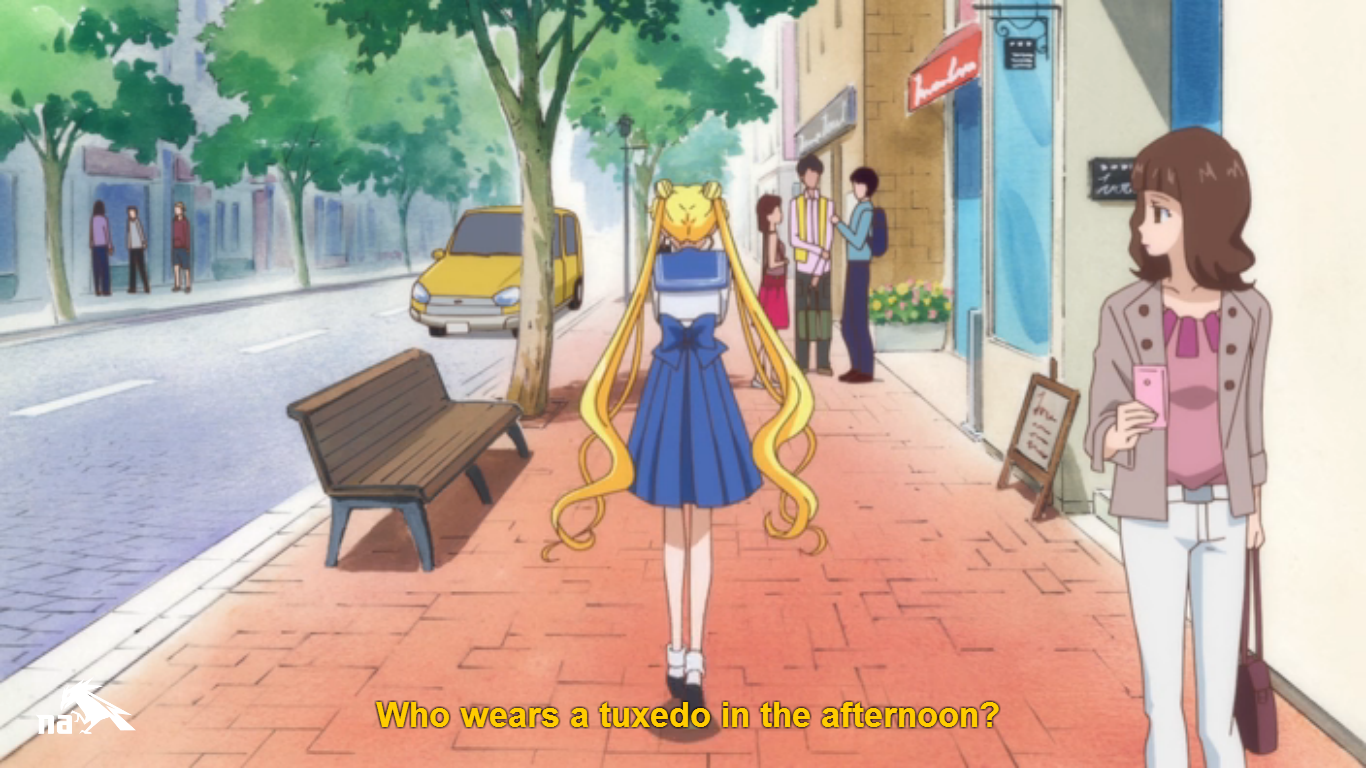 The animation matches some of the panels very closely: 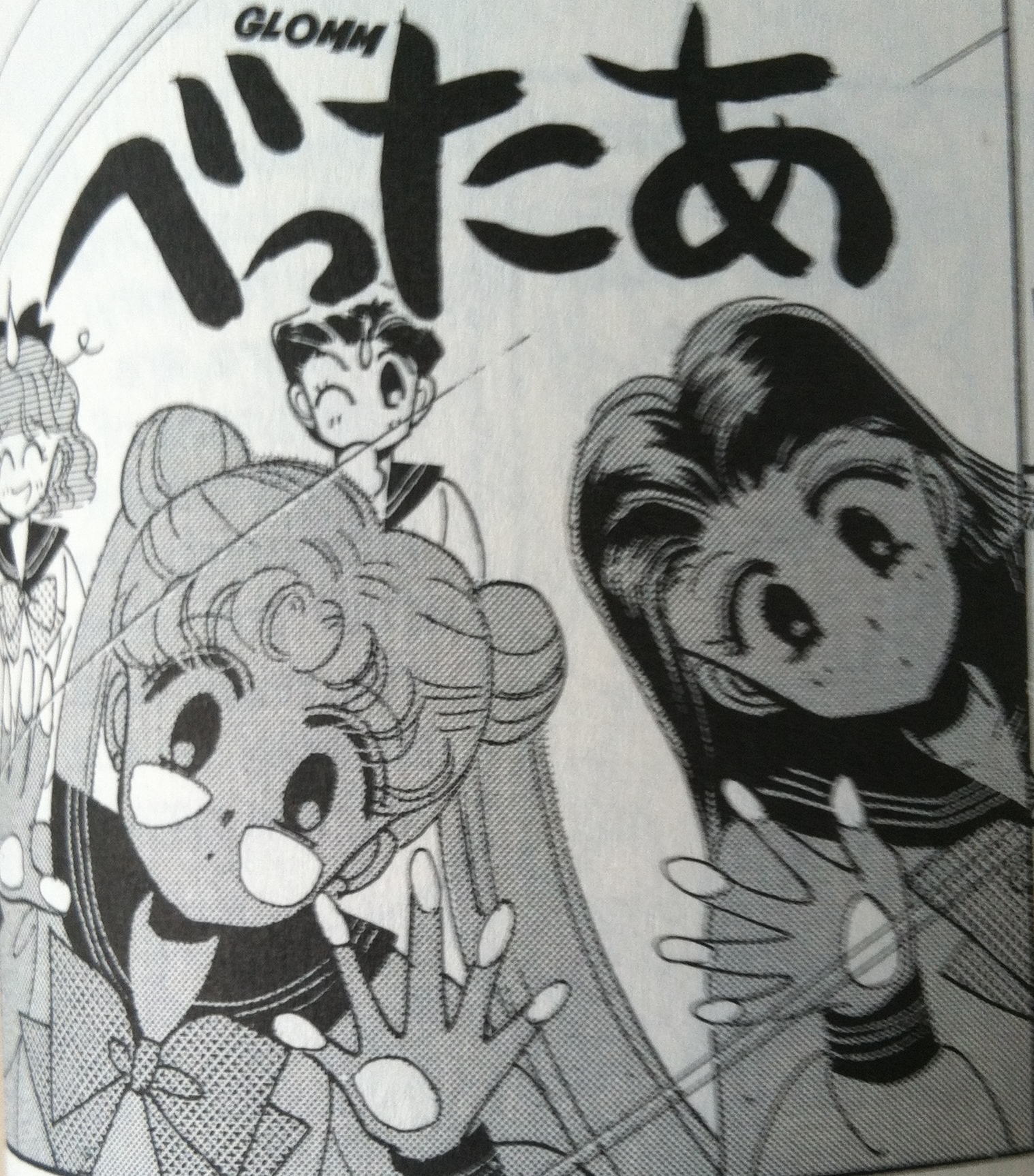 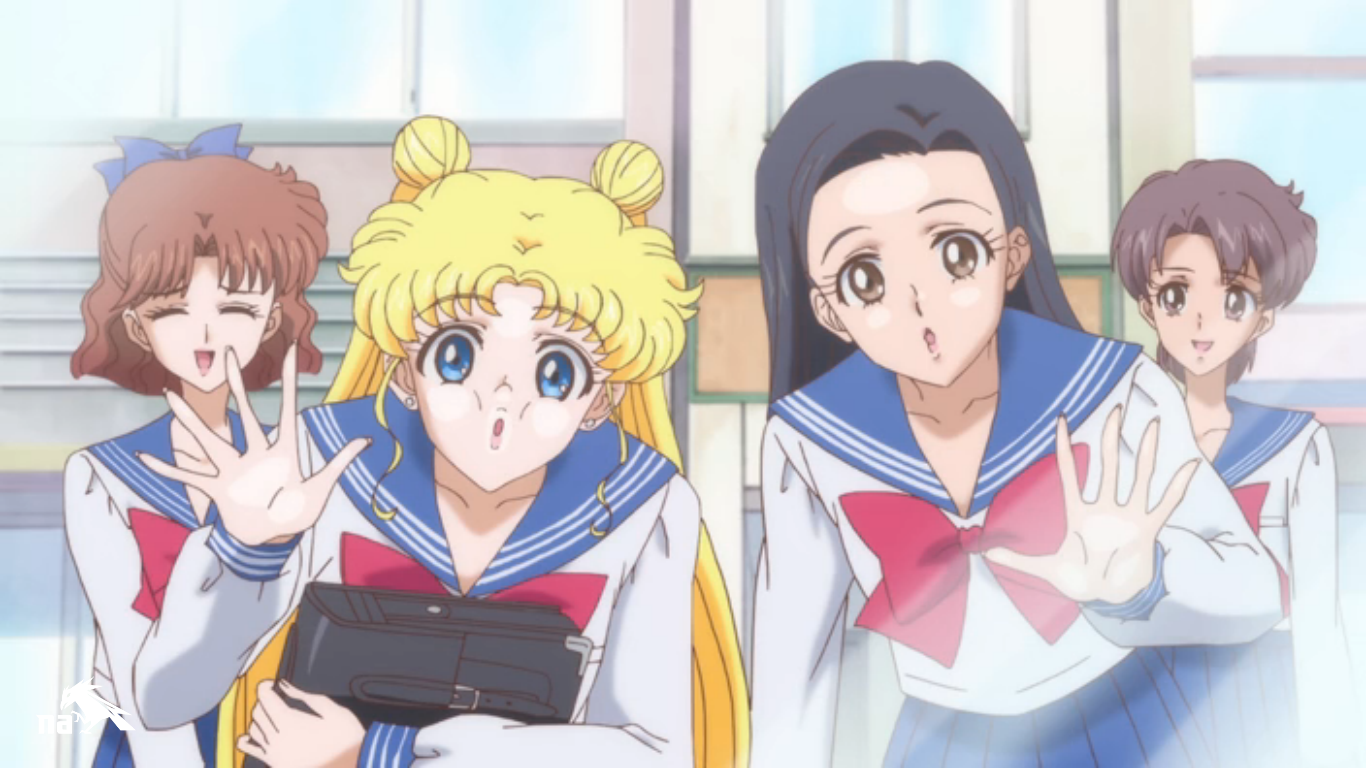 The background music blends seamlessly with the animation. The choral music adds drama when needed, but otherwise it’s very subtle. And the animation itself is beautiful. There’s much more detail than in the original series. There’s a higher quality to it overall.

So, while there are no true surprises to fans of “Sailor Moon” as far as the story goes, this a sleeker, more modern version of the anime many of us are so familiar with. And while newer isn’t always better, I think this is a faithful adaptation of Naoko Takeuchi’s story, and I look forward to seeing how saga unfolds in this version. 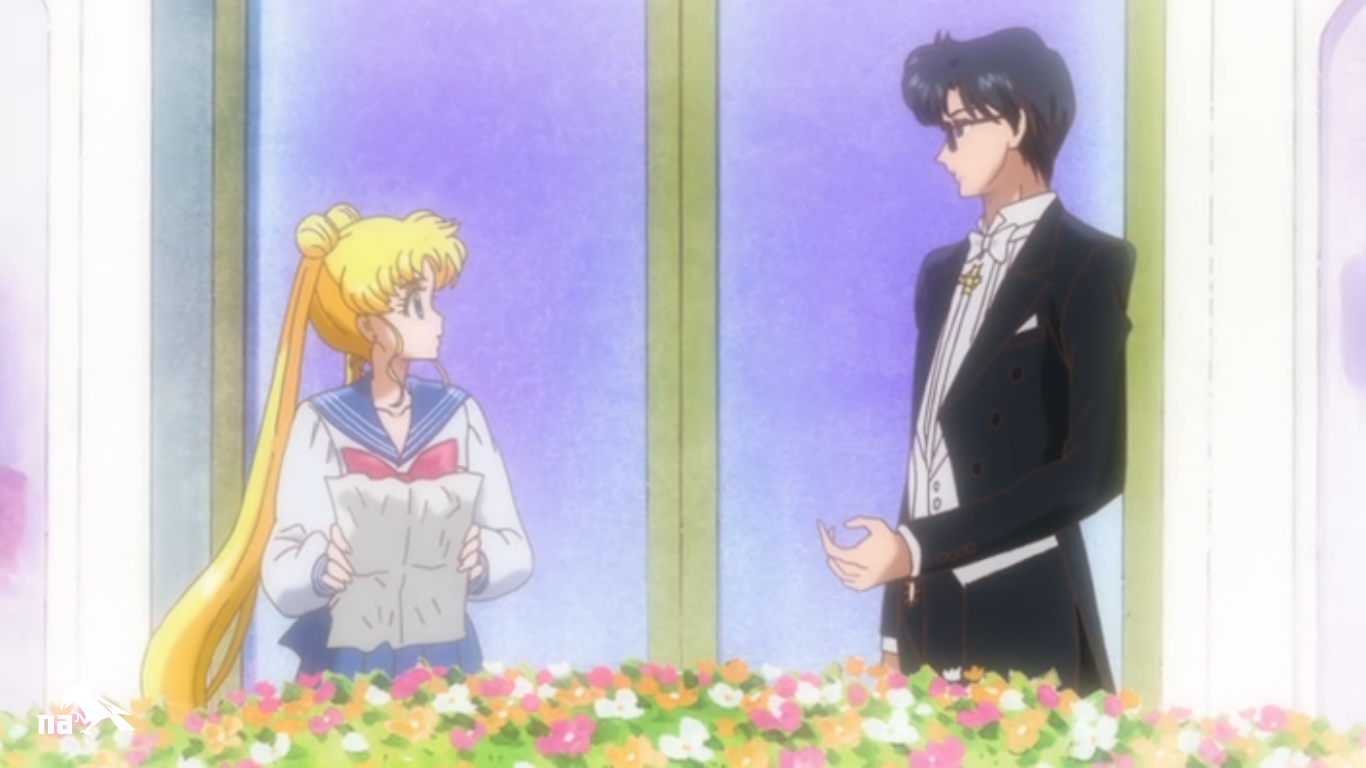