The Importance of Evangelion on Netflix

By Aldo Gomez on December 6, 2018 in Anime News Television

Neon Genesis Evangelion, the classic 1995 anime series, will be coming to Netflix for worldwide streaming in Spring of 2019. Evangelion will be arriving on the platform with the original 26 episode TV series as well as the two companion films, Death and Rebirth and The End of Evangelion.

The internet has been losing its collective shit with this news as #Evangelion is trending on Twitter, and blogs and outlets give their two-cents, and so on. But why is this such big news, and why should anyone care? To start off, the TV series has been out of circulation in Japan since 2010, but even earlier for the series in the United States with its release over a decade ago with the Evangelion Platinum Collection. The follow up reboot film series, The Rebuild of Evangelion, which started in 2007, has been in steady Blu-ray circulation as well as its two sequels with a fourth and final sequel allegedly to be released in 2020. Attempting to obtain the Platinum collection minus the companion films will cost around $200 on eBay and that’s on DVD and not Blu-ray. The series on Blu-ray was released in a special Japan-only box set (without English subtitles or dubbing) that ran for around $300 American at the time of release and now sells for over $600 on eBay. 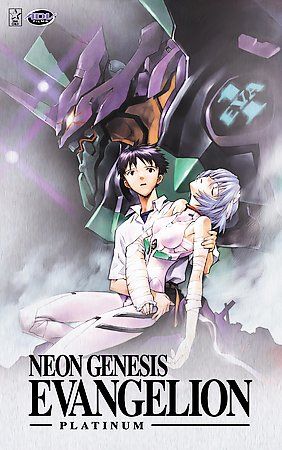 Evangelion also has the clout of being one of Japan’s highest grossing franchises including initial home media sales, toys and merchandise, films, and even crossovers and cameos.

That’s enough stats and money facts so let’s explain why this is a big deal, and why you should care even if you’ve never seen or heard of the franchise.

Evangelion is a giant robot anime as well as a psychological drama tackling the idea of what actual people and their psyche would be like during an apocalypse. The series starts as main character Shinji Ikari is summoned to the rebuilt city of Tokyo-3 to pilot a giant mecha called an Evangelion against a looming threat called the Angels – giant extraterrestrial beings bent on destroying the remains of humanity. Shinji fights for the mysterious organization called NERV as they try to control the vague event know only as The Third Impact. Other evangelion pilots include the silent, blue-haired Rei Ayanami and the rowdy redhead Asuka Langley Soryu. The trio is commanded by Captain Misato Katsuragi who works under Shinji’s father, Gendo Ikari.

On the surface, the show plays out like a typical giant robot and monster series with Shinji and company fighting a new angel every other episode, but the true story behind the robot fights and destruction is the tale of the characters finding self-worth as the teen pilots struggle with identity issues, superiority complexes, and heavy bouts with depression on top of the monumental pressure of keeping earth safe against the creatures hell bent on destroying earth.

Evangelion is not a pleasant or easy show to watch as it deals with heavy issues, and the imagery works in tandem to deliver an emotional gut punch every other episode. Apart from subverting the giant robot genre, Evangelion helped revolutionize the anime industry and helped create many of the clichés and tropes found in modern anime. Asuka was the start of fiery redheads with an abusive personality, unable to properly display affection towards the protagonist. Rei began the trend of the silent and mysterious pale skinned love interest, or as tvtropes.org refers to the archetype as the “Rei Ayanami Expy.” 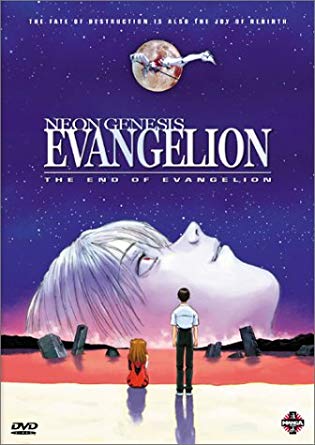 Evangelion was also a show riddled with behind the scenes issues, such as a conversion from a film to a 26-episode television series, a notoriously low budget that seemed to influence the static conversation pieces followed by the beautifully animated fights between the evangelion units and angels. An introspective show by nature, it takes a dark turn about half way through the series, shifting to more serious and heavier topics dealing with suicide, mental instability, and the inability to maintain relationships and relying on sexual promiscuity; this is reflective of creator and director Hideaki Anno’s own mental issues and breakdown during the production of the franchise.

There’s a lot to Neon Genesis Evangelion, and it might be thanks to its many individual layers, each worthy of their own analysis, that the series and characters are beloved by its nation and many loyal oversea fans. From the wonderfully animated fight sequences, mysterious, overlaid sub-plots regarding Human Instrumentality, to the plethora of merchandise and cross-overs, the series has endured for over 20 years despite its single season and only a handful of films. Often considered a masterpiece, a classic piece of anime entertainment once upon a time, and a rite of passage for new anime enthusiasts, the franchise started to diminish in popularity due to its inaccessibility. The Netflix announcement brings hope for old and new fans alike to be able to get this franchise in front of a huge number of new eyes, as well as hope for getting remastered Blu-ray re-releases and a (probably unneeded) boom in merchandise for collectors.