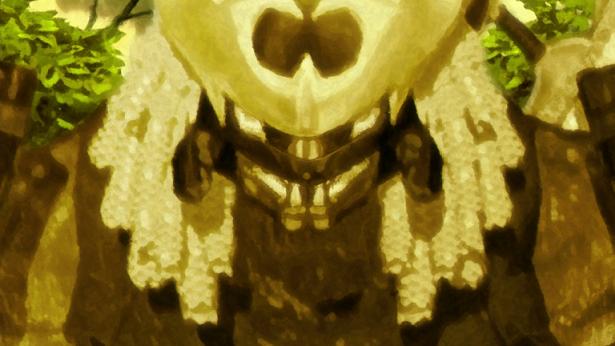 Yamazaki’s Halo Legends episode, “The Duel,” goes back to ancient
times, at the dawn of the Covenant. A shamed Elite defies his role as
an “Arbiter” – an honored but suicidal role that would regain him a
shred of honor—to take a path of revenge against those that stole the
only thing that matters to such an amazing warrior: His true love.
This ancient Arbiter must fight his way through ever-growing groups of
his former allies (grunts, elites, hunters, etc.) until he finally
stands face-to-face with the elite who betrayed his trust.

The episode showcases the richness and depth of the Halo universe, and
gives fans a glimpse of one of their favorite protagonists, The
Samurai-style mythos of the Elites is framed in an animation style
that branches away from many of Halo Legends’ CG and traditional
animation approaches to present the anime via a unique filter – giving
the episode the look of a moving watercolor painting. Yamazaki and the
artists at Production I.G were responsible for this singular artistic
vision. So stunning and different are the tones and forms that
multiple viewings offer new insights on each pass.

A rising star in the anime community, Yamazaki has developed a loyal
following as he has grown his career from sound direction and
storyboarding to a celebrated run as an episodic director of
innovatively-blended visual action on the critically acclaimed hit CG
anime series KARAS. Similarly, Production I.G has been responsible for
numerous acclaimed feature films, television series and video games,
including the cyberpunk classic Ghost in the Shell, Jin-Roh, The Wolf
Brigade and parts of Batman Gotham Knight.

Warner Home Video will distribute Halo Legends on February 16, 2010 as
a Special Edition 2-disc version on DVD and Blu-Ray™, as well as
single disc DVD and available On Demand and Digital Download. The DVD
anthology of episodic films based within the mythology of the popular
game Halo is produced by 343 Industries, a unit within Microsoft Game
Studios. 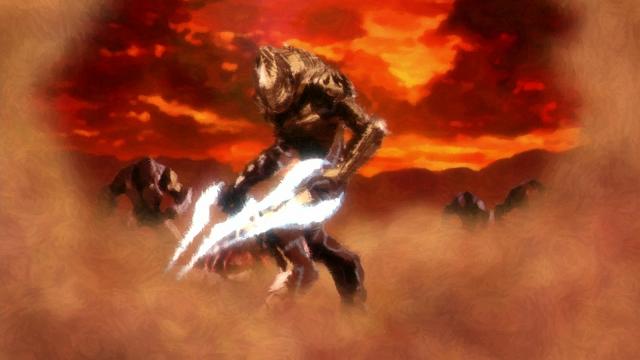 Yamazaki answered a few questions in regard to his participation in
bringing Halo Legends to animated life. Here’s that Q&A …

QUESTION:
What made you think Halo would lend itself to anime/animation?

HIROSHI YAMAZAKI:
I believe that the suitability (of a property for animation) depends
upon each story. This story definitely worked well in animation, and
in this style.

QUESTION:
What was the inspiration for your artistic vision in your episode of
Halo Legends?

HIROSHI YAMAZAKI:
I have been a lover of viewing the Halo art /illustration collection
books and such for some time and the entire collection of Halo
properties inspired me.

QUESTION:
Were there any particular images within the Halo realm that helped
shape or drive your creative vision?

HIROSHI YAMAZAKI:
When I was contacted by I.G about the project, I imagined that the
project would be very Sci-Fi in taste. However, when I met Mr. Frank
O’Connor (of 343 Indutries, Microsoft Games Studios) for the first
time, his requirement was to create a Samurai episode featuring an
Arbiter, and I was considerably and happily surprised.

QUESTION:
What did you set out to accomplish in this episode, and why do you
think you achieved or exceeded your goals?

HIROSHI YAMAZAKI:
What I was aiming for in this project was to make audiences understand
there should be other styles of animation beyond the existing two
primary kinds of animation presented – precisely cel-drawing 2D style
and CG 3D style. I wanted to show that creators are not limited, that
they have many options for different (animation) styles to create
stories.

QUESTION:
Did you feel you had the proper Halo experience to to bring the world
to life in anime?

HIROSHI YAMAZAKI:
I have played Halo 1 and 2 all the way through to the end. As I was so
busy in this project, I could not play Halo 3 but instead I watched
the gaming movie many times from the beginning to end.

QUESTION:
Did you include any “Easter eggs” for the devout Halo fans in your episode?

HIROSHI YAMAZAKI:
I employed the phrase “Akuma-da!” (“He is a devil” in English) as part
of the dialogue of a grunt soldier for fun for game lovers. I’m not
certain whether everyone will get to enjoy that treat, though, as I
understand the English version and Japanese version differ
considerably and I am not sure how this dialogue by the grunt is
treated in the English version.